The electric van gets colorfully rendered ahead of its March 9 debut.

After a hatchback and a trio of SUVs, Volkswagen’s ID. lineup will expand in a couple of months to include a hotly anticipated van (oxymoron?) The ID.3 hatchback and ID.4, ID.5, ID.6 high-riding models are bound to be joined by a box on wheels that will try to revive the spirit of the Microbus. The Wolfsburg-based company has teased the Buzz to death, and the latest preview has now served as a foundation for what must be a realistic rendering. 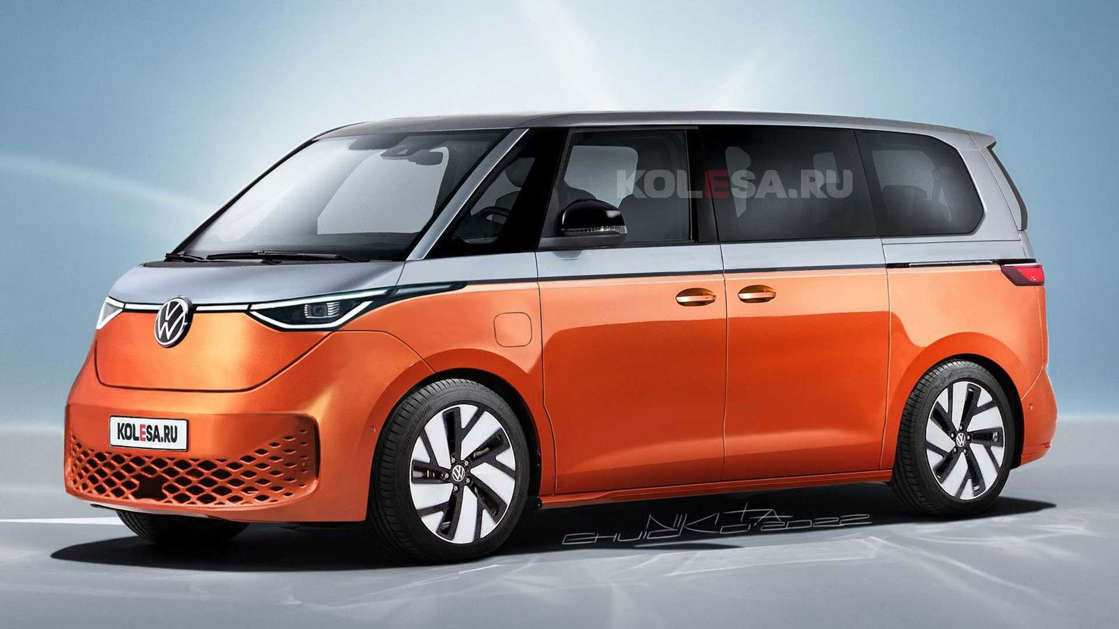 Don’t think the production version will be a spitting image of the eponymous concept from 2017 as that won’t be the case. We have been reading comments posted on the ID above. Fashion items and most of them have been pretty negative, with people expressing disappointment at the different style the final version will take. As always, to each their own, but we’re still genuinely eager to see the real thing.

Will it look like this? It is quite possible that if you take into account that the still very unofficial representation is based on the VW ID. Buzz recently appeared in a skinny, colorful body wrap. The digital design exercise shows the passenger model, but the German brand has already confirmed a commercial derivative as well as a California camper van.

The identification. Buzz won’t be the company’s only people mover, as the T7 is now available, complete with a plug-in hybrid powertrain for the first time. If you want to forego the combustion engine, the modern Microbus will come with a choice of one or two electric motors to mirror electric SUV offerings. Base models will have a rear-wheel drive configuration, while more expensive trim levels will adopt AWD. 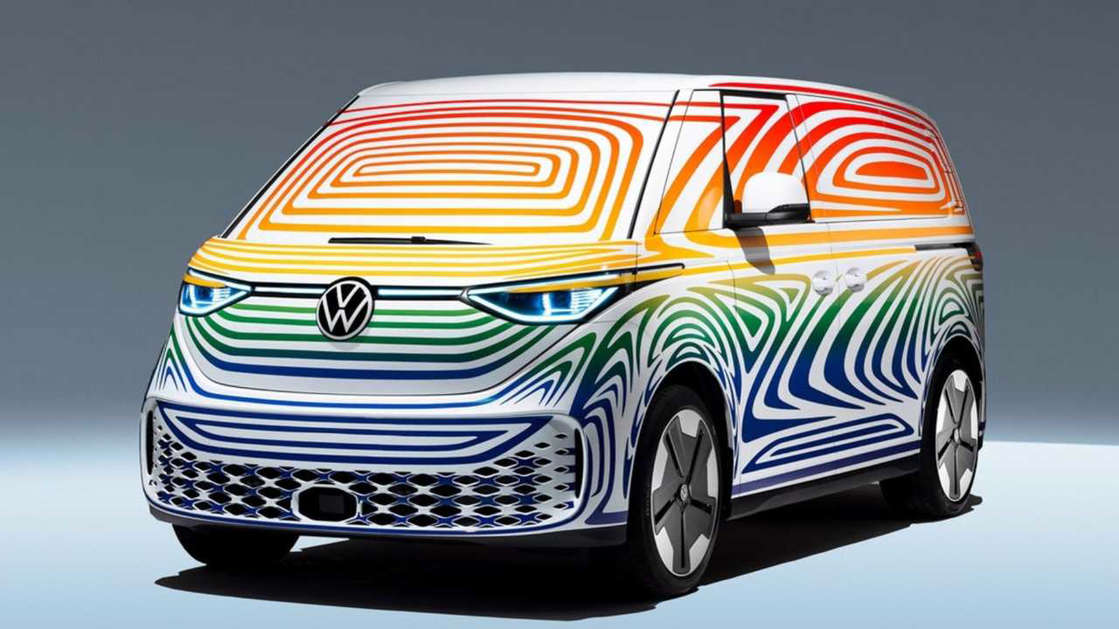 VW Commercial Vehicles will assemble the ID. Buzz in Hanover, Germany and plans to have the electric van on sale in North America for the 2024 model year. The US-spec variant will come only in the passenger-oriented flavor and quite possibly with the longer wheelbase. As for range, MEB-based EVs are offered with multiple packs, including an 82-kWh battery that seems like a good fit for the new zero-emission groovy van.

As for the aforementioned California derivative, it won’t go on sale until after 2025. 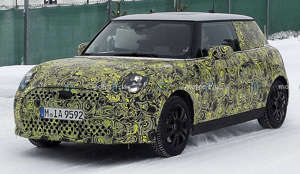 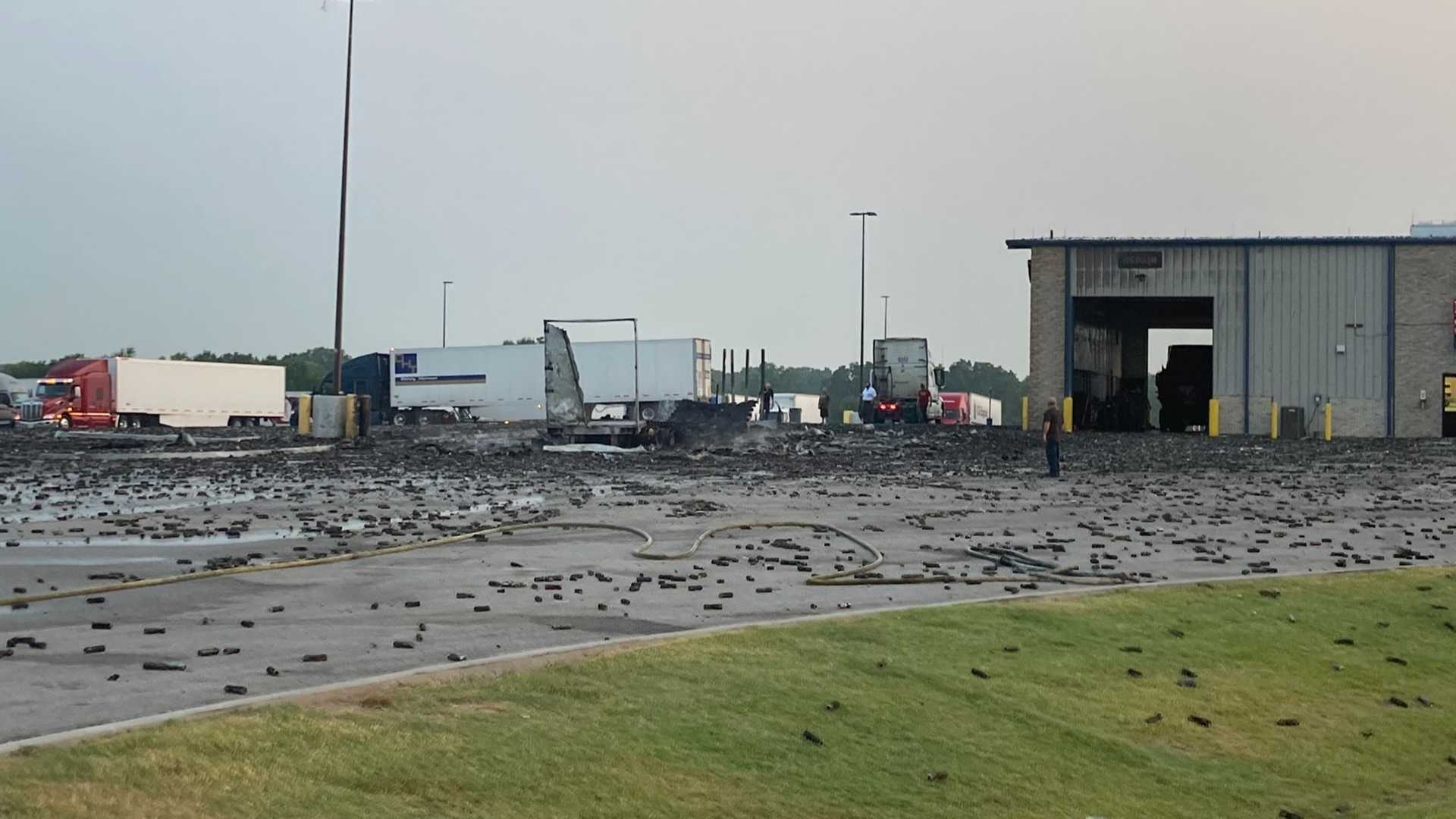 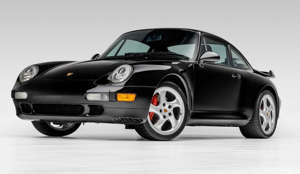 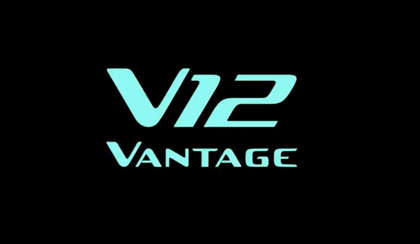