lizabeth Hunter had fewer than 700 Twitter followers when her Christian college administrators discovered her tweets in 2018. Officials at Bob Jones University, a nondenominational Christian school in South Carolina, called her into the Student Life Office seemingly at random. When Hunter entered, she noticed a manila envelope that contained printouts of tweets they had flagged as “inappropriate.”

The Head of Student life at BJU started the meeting with questions about a tweet she’d posted on sexual assault. (She had expressed exasperation with a male classmate who claimed women were “just looking for attention” if they came forward years after an incident.) Then, they brought up two other tweets.

“Happy pride to all my friends in and out of the closet. You’re incredibly brave, and I love you,” read one. In another, she shared her excitement after meeting the author of the novel that was adapted into Love, Simon, and said that she, too, was writing a book with queer protagonists. The administrator, according to Hunter, stared at her coldly. “Are you a homosexual?” he asked.

Hunter was choked up and unable to respond. When she was hauled before administrators, Hunter was still struggling to figure out her own identity—and had only told “like three people” she wasn’t straight. She told the administrator she was probably asexual “like the Apostle Paul” because she wasn’t attracted to men. He wasn’t satisfied. “He repeatedly asked me if I was homosexual, like he wanted me to ‘confess to being gay,’ which I refused to do,” Hunter told me. “But I also refused to say that I was straight, because I couldn’t lie.”

Hunter left the meeting “traumatized.” As a punishment, the school removed the redhead with a broad smile from her leadership position as the director at the campus TV news station, fined her $75 for violating “the spirit” of the Student Handbook, and mandated that she attend three counseling sessions with the college’s Dean of Women. (The BJU Student Handbook is a rigid instruction manual for students. It says of music, for instance,  “all musical choices are to be intentionally conservative in style and are to avoid the markers of our current corrupt culture which often finds its musical expression in rock, pop, jazz, country, rap or hip-hop.”) Bob Jones University did not respond to a request for comment.

For the remainder of her time at the university, Hunter “tried to keep [her] head down,” she recalls; putting her Twitter on private. But before graduation she was summoned to another meeting with administrators, where they warned her “don’t think we’re not watching you” and “your sins will find you out.” Those Orwellian tactics succeeded at intimidating her; she felt like she couldn’t tell anyone else what had happened, not even her roommate. “I had no one to turn to,” Hunter said.

At most colleges, she would have been able to go to the school’s Title IX office and file a discrimination complaint. But even though most of Hunter’s tuition at Bob Jones was paid for by a federal grant, the school’s Title IX Office had a “religious exemption” from federal law requiring them to investigate claims of discrimination and harassment against LGBTQ people.

But Hunter’s not silent anymore. Three years after that meeting, she is now the lead plaintiff in a lawsuit against the Department of Education challenging the constitutionality of Title IX, which grants an exemption to religious colleges and universities to discriminate against gay and transgender students, faculty, and staff.

The lawsuit, filed in April 2020 by the Religious Exemption Accountability Project (REAP), argues that a “religious exemption” this broad for schools that use public funds is unconstitutional. Plaintiffs are advocating not for religious colleges to change their beliefs on LGBTQ identities, but to allow students to disagree with those beliefs without facing expulsion or discrimination. Hunter joined the suit, which was filed in Oregon with 32 other plaintiffs, after a friend and potential plaintiff asked her if she wanted to get involved. REAP wanted to make Hunter the lead because of BJU’s involvement in a similar 1974 anti-discrimination case. “If schools want to discriminate [against these students], they need to do it on their own dime, not with taxpayer money,” Paul Southwick, the director of REAP, told me.

As the face of the lawsuit, Hunter has taken something of a 180-turn since her nightmarish senior year. While Hunter once tried to keep her experience at Bob Jones under wraps, now she is hoping that, by going public, she can galvanize a movement to prevent others from having to endure what she did.

After Hunter’s episode with BJU’s administrators, she struggled with depression and anxiety and felt suicidal. Unfortunately, it wasn’t for the first time. She remembers foster care as “literal hell on earth.” The state had removed her from her parent’s custody because of “severe neglect,” and she and her sisters were then placed with a foster family part of an evangelical Baptist group she described as a “cult.”

Hunter’s youngest sister Tammy recalled that their foster mother would punish them arbitrarily and “was probably screaming like every day.” Hunter, who was the oldest, would often take her sisters’ punishments. Their foster mother would hit Hunter’s back with a leather belt “because the Bible says to whip children that are evil,” Tammy recalls. “Elizabeth tried in her own way as a kid to protect us.”

Hunter credited her survival to her ability to “dissociate and imagine a better life”—a skill she said she learned from being an avid reader. Only one other friend she grew up with earned a college degree, she said, and did so at an unaccredited Bible college. When Hunter mused about  going to college, her friends and family often responded by asking, “How are you going to be a housewife and do that?”

Hunter’s foster parents wanted her to do online college and stay at home or attend an unaccredited Bible college, but she was determined to find a place that “felt like a real college.” So, she chose Bob Jones because it was closer to a conventional college experience but not a place that her parents would disown her for attending. While at BJU, however, she became increasingly disillusioned with evangelicalism. In high school and college, she had interned for Republican politicians, including her Texas Congressman Dan Flynn and presidential candidate Marco Rubio. (Bob Jones University itself has had a major role in South Carolina’s often pivotal Republican presidential primary.) She said Trump’s 2016 victory awakened her to fundamentalist hypocrisy. Around that time, she began listening to podcasts from more liberal-minded Unitarian and Quaker Christians. She credited one, in particular—Kevin Garcia’s “A Tiny Revolution”—for opening her to not only a more liberal Christianity, but queer Christianity as well.

After she graduated from BJU, Hunter was liberated. She moved to Florida, worked at Disney World, joined an LGBTQ Disney Workers chat, and “made a bunch of gay friends.” By December of 2019, she knew she was “definitely a lesbian.” Shortly thereafter, she met Zoe Stoller, now her partner. She has even become something of an internet sensation. She has almost 100,000 followers on TikTok and growing followings on YouTube and her no-longer-private Twitter. It was because of her public persona that Donald Scherschligt, a friend met through online LGBTQ advocacy, approached her about joining REAP’s lawsuit. He told me he “cautiously” approached Hunter to see if she knew any potential plaintiffs from Bob Jones. “Yeah—me,” he remembered her saying. “She was ready to go from the jump,” he added.

Hunter echoed that signing on to the lawsuit was an easy decision for her, though she had no idea she would be the lead plaintiff when she first agreed. “It was pretty clear to me that if a wrong has been done, you would seek justice,” she said. She also remembered thinking that “if the school did this to me, they’re totally willing to do that to other people.”

She was right; many other students at Christian colleges have reported similar treatment. Aaron Marquez, a BJU student who was about to go into his senior year, said the school recently terminated his summer job and wouldn’t let him enroll for the fall. Marquez had just been outed to his parents, and he suspects they reported him to the school. “I do think that they found out that I was gay, and for that reason, they wouldn’t let me work,” he told me.

Still, legal experts say that the lawsuit faces an uphill battle in the courts—the case may very well end up before the Supreme Court—even as it may succeed in directing more scrutiny to religious colleges. “With the solid conservative majority on the Supreme Court, protection for free exercise of religion is unlikely to be rolled back or interpreted narrowly,” said Douglas Laycock, a professor of law and of religious studies at the University of Virginia.

Indeed, as Steven Green, Director of the Center for Religion, Law & Democracy at Willamette University, pointed out,  the increasingly conservative court has been moving toward making it harder to apply non-discrimination laws to religious organizations over the last several years. For example, just this month, the court ruled in favor of a Catholic agency unwilling to work with same-sex foster parents.

But even if the plaintiffs’ case is a long shot in the courts, the fight against anti-LGBTQ discrimination is one that will be waged over decades, not months or years. And by starting the process of challenging these practices now, they could have a long-term influence on shaping public perception.

Indeed, in 1974, the Supreme Court upheld an IRS policy revoking Bob Jones’s tax-exempt status because the school banned interracial marriage and dating. The decision held that the eradication of racial discrimination in education was a “compelling governmental interest” outweighing the burden on Bob Jones’s free exercise of religion. The same court upheld that ruling in 1983. In Hunter’s eyes, it’s likely only a matter of time before the courts see the same state interest in protecting LGBTQ students from the same kind of discriminatory treatment.

“If you’re going to accept federal funding, you should abide by federal law and federal law states that LGBTQ people have the same rights as every other person in America,” Hunter says. “No one should be discriminated against for their sexuality, and the Supreme Court has upheld that. Your rights as a student should not be at risk just because of the school you attend.” 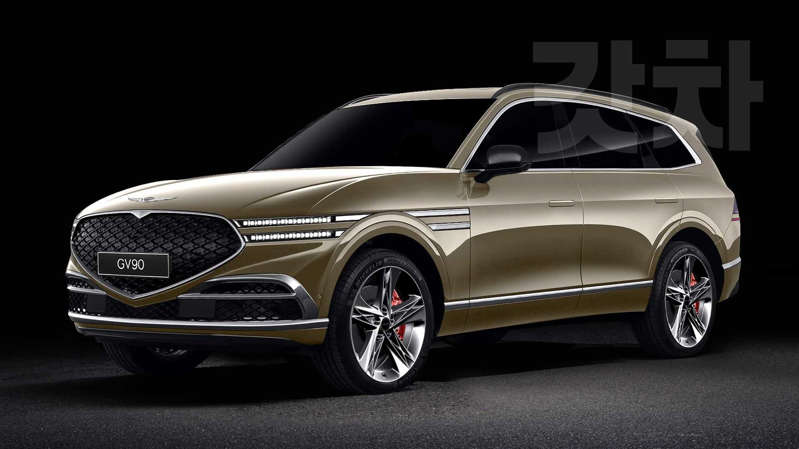