Half of Jeep’s North American lineup and all European models will be electric only by 2030.

Jeep sees an electric future for motoring, and the company is officially in the game. Proclaiming September 8 as 4xe Day, the automaker unveiled three brand-new, all-electric SUVs that will enter production in the next two years. It’s part of a major shift to electrification that will see Jeep unveil four new EVs for North America and Europe by 2025. By 2030, Jeep will be all-electric in Europe and 50 percent electric in the States.

The journey begins here with the Jeep Recon and Jeep Wagoneer S for global markets, and the Jeep Avenger for Europe only. It should be noted that, while these three SUVs have technically debuted, Jeep offers just a few tidbits of information about each. As such, consider this an exterior-only introduction to what Jeep has in store for its future. 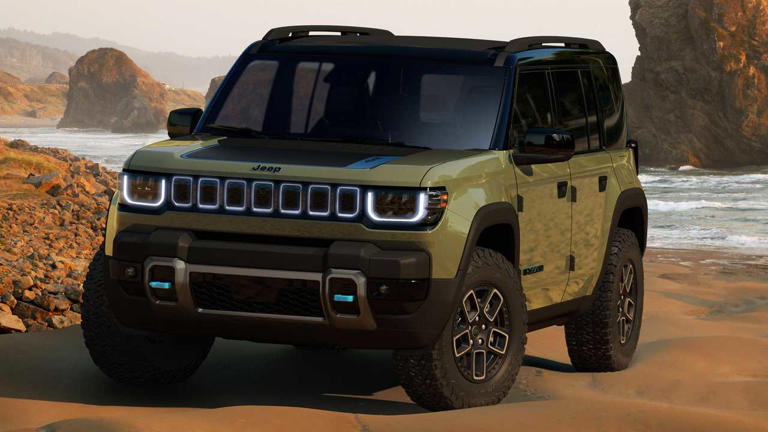 Arguably the biggest attention-getter of these three EVs is the Recon. Jeep isn’t shy about connecting it to the Wrangler, both in terms of design inspiration and off-road performance. It features removable doors, and the cabin opens further with a one-touch power top. Underneath, Jeep says it has trail-rated capability with Jeep Selec-Terrain traction management, e-locker axle tech, and beefy off-road tires. Other details regarding batteries, motor arrangement, or performance aren’t mentioned, but we do know it rides on the Stellantis STLA large platform.

Speaking to journalists during the company’s 4xe Day presentation, Jeep Brand CEO Christian Meunier pledged that the Recon is decidedly not a replacement for the Wrangler, despite the clear similarities. It will be manufactured in the United States and should enter production in 2024, and it will even be offered with a plethora of accessories for off-road upgrades at launch. Reservations for the Recon will open in early 2023. 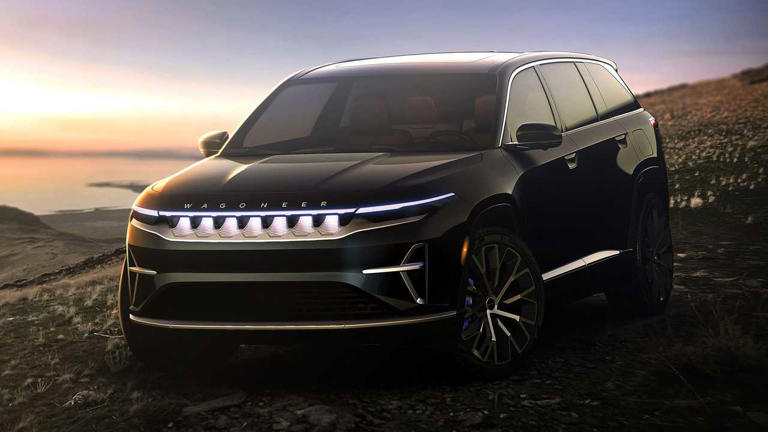 Whereas the Recon is aimed at capturing the hearts of off-roaders, the sleek Wagoneer S is more like a bonkers Jeep Grand Cherokee Trackhawk. In fact, Jeep executives said as much when talking about its performance. As with the Recon, details of the battery or motors are unknown. But Jeep promises a 0-60 mph sprint of just 3.5 seconds, with an estimated range of 400 miles per charge. 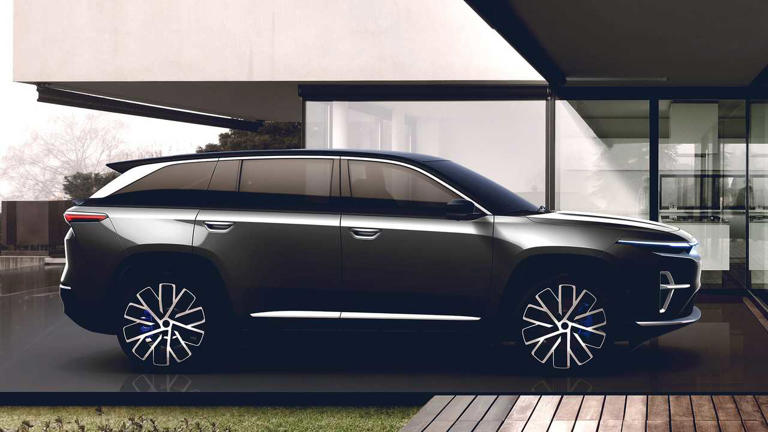 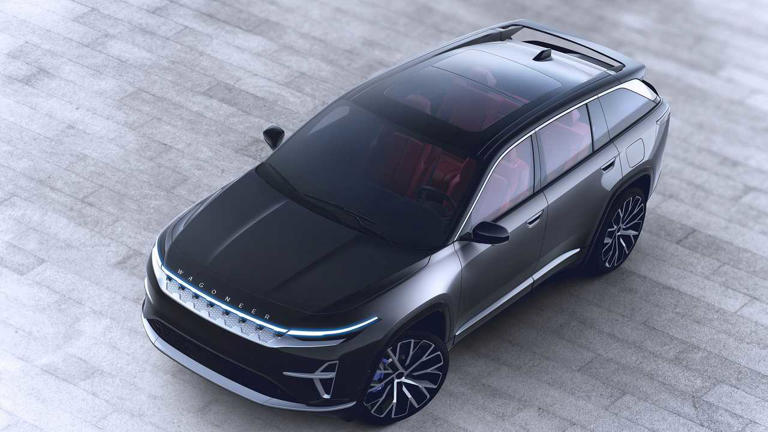 The Wagoneer S also utilizes the STLA Large platform, and though it wears a Wagoneer badge, its presence is more in tune with the Grand Cherokee. An EV from the ground up, Jeep pledges generous interior space for the Wagoneer S, which slots into the midsize SUV segment. It will also be built in the US and enter production in 2024, with reservations beginning early next year. 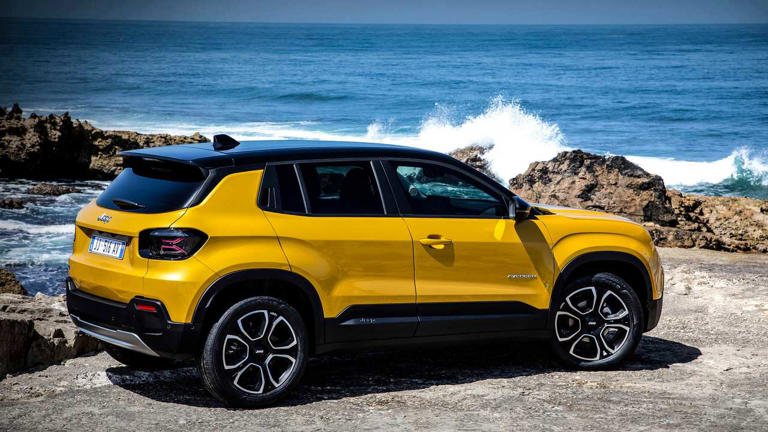 This little Jeep is indeed the subject of spy shots we’ve seen in recent months. Designed for the European market, it will also be sold in Japan and South Korea and slot below the Renegade in Jeep’s lineup. As with the Wagoneer S and Recon, Jeep isn’t ready to share details but it will arrive before its larger siblings.

A full, official debut is slated for October 17 at the Paris Motor Show, and it will reach dealerships in early 2023. 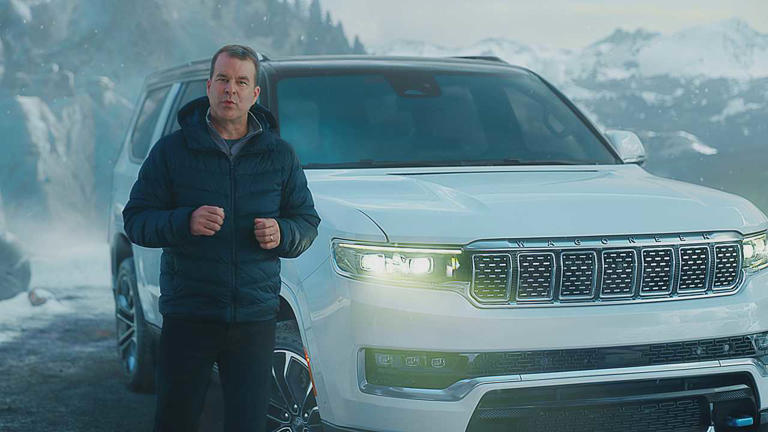 Jeep said four new EVs would debut for Europe and North America by 2025. Three are revealed here, leaving one for which we have no information. However, Jeep mentioned an announcement of some kind was planned for the Detroit Auto Show. Additionally, Jeep North America CEO Jim Morrison teased a Grand Wagoneer 4xe hybrid with an estimated range of 500 miles. It’s not clear when that SUV might arrive, but with media days for the Detroit Auto Show less than a week away, expect more information to come soon. 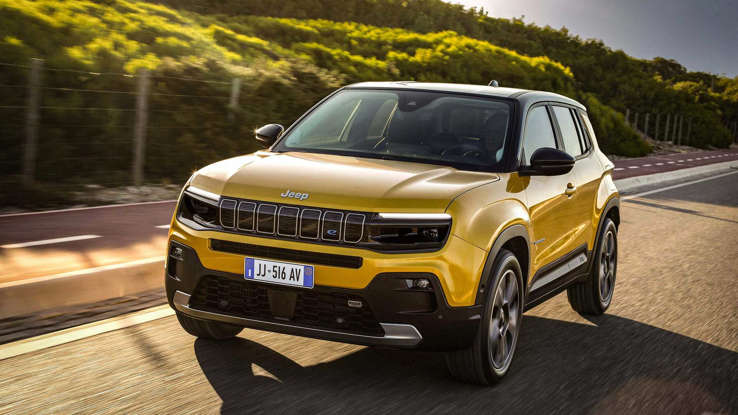 1 of 5 Photos in Gallery© insideEvs.com Copyright 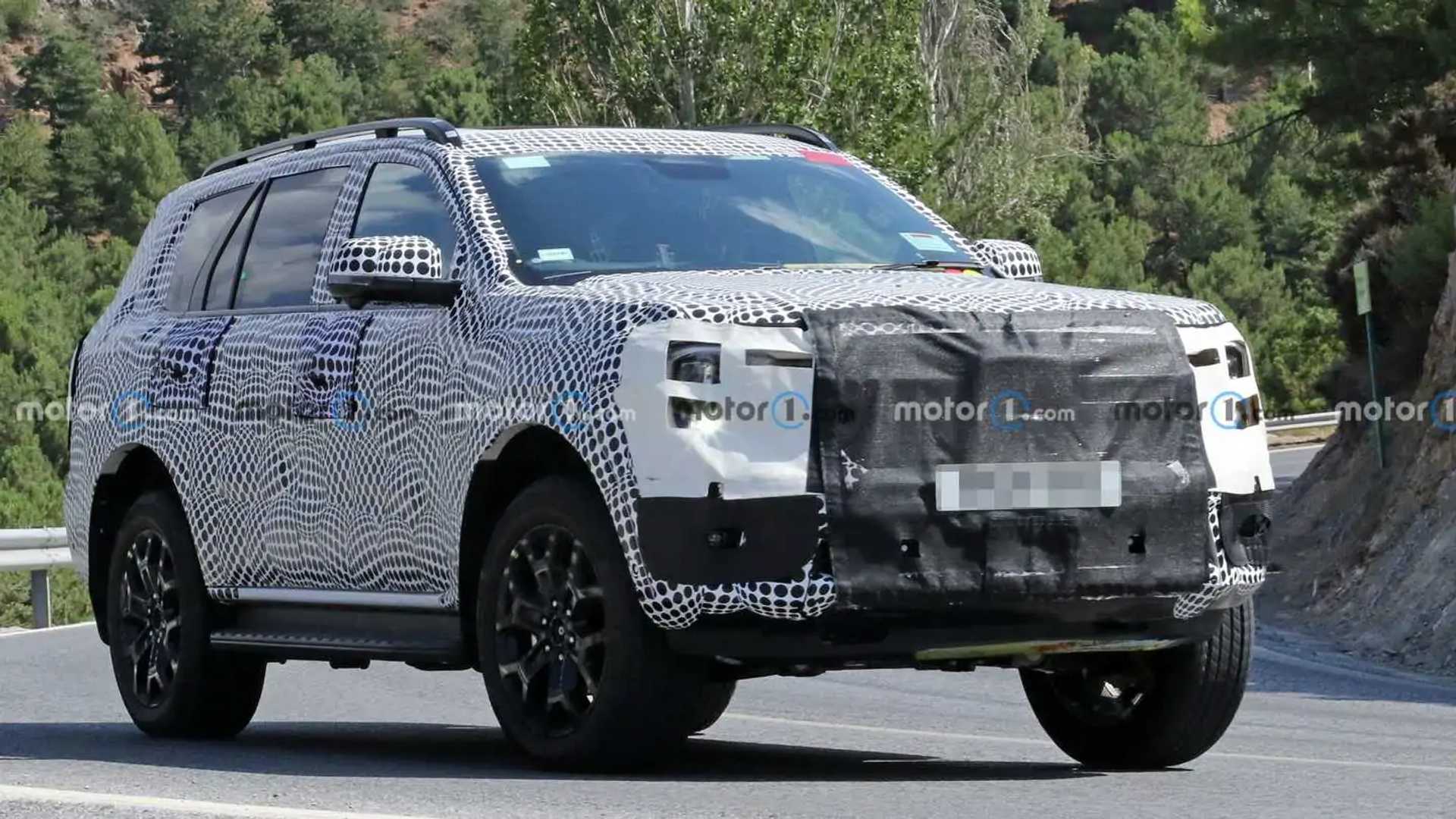 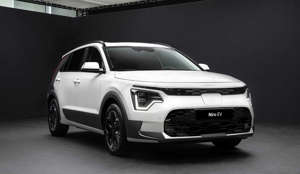 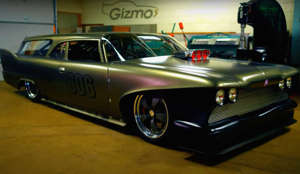 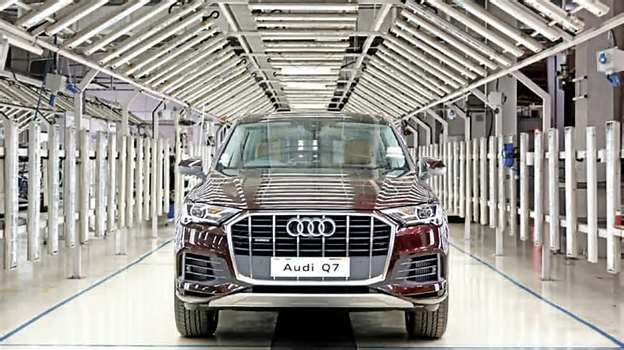