Well, maybe the all-wheel-drive 580 4MATIC version will get some additional points.

After introducing most of the features, Doug DeMuro admitted that he is impressed with the EQS and appreciates the luxury of this car very much.

However, once the final summary is reached, the EQS 450+ received an overall score of 64 points, which is two less than the conventional S-Class S580, and the same number as the BMW 750i and Lexus LS. 500h.

That is an interesting result. As we can see, there is a three-point difference in the Acceleration category, which could level off with the switch to the EQS 580 (0-60 mph in 4.1 seconds vs. 5.5 seconds in the case of the EQS 480+).

© Provided by Inside EVs external_image

Another thing we can see is that the EQS gets most of its points in the daily driving category, rather than weekend.

At 64 points in total, the EQS is well behind the Tesla Model S Plaid and the Porsche Taycan Turbo S, and we assume even the AMG version won’t be able to catch those two. 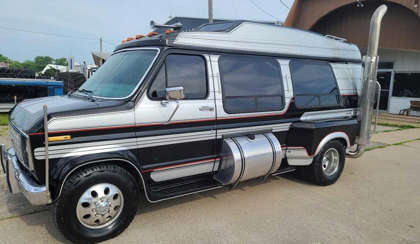 Ford Dually Van With Trucker Exhaust Stacks Is Up For Sale