Phylicia Rashad is apologizing to Howard University students and families after facing backlash for celebrating the release of Bill Cosby from prison earlier this week.

Rashad, who played Cosby’s TV wife, Clair Huxtable, on “The Cosby Show” is an alumna of the historically Black university and is also the dean of the school’s college of fine arts.

In her apology letter, Rashad wrote that her comments were not directed toward survivors of sexual assault and that she finds no excuse for such behavior. She also noted that she plans to participate in trainings to enforce related protocols at Howard and work to become a stronger ally to sexual assault survivors.

On Wednesday, Rashad tweeted: “I fully support survivors of sexual assault coming forward. My post was in no way intended to be insensitive to their truth. Personally, I know from friends and family that such abuse has lifelong residual effects. My heartfelt wish is for healing.”

Rashad came under fire after tweeting in celebration after Cosby’s sexual assault conviction was overturned.

Rashad had tweeted earlier that day when the conviction was overturned. In a since-deleted tweet, she wrote: “FINALLY!!!! A terrible wrong is being righted- a miscarriage of justice is corrected!”

Rashad’s comment caused a rift between Howard students and alumni in particular. Another alumna, Sheryl Wesley, said, “She should not feel comfortable to immediately release her personal relief of someone who she considers a friend, but who was convicted of crimes against women.”

Most people on Twitter were not satisfied with Rashad’s apology as well.

“Can’t walk that one back,” one person commented.

“Unless the perpetrator is your friend, right?” wrote another person.

“It was very insensitive,” commented another person. “This is exactly why women don’t speak up about sexual assault. I’ve loved Mr. Cosby my whole life until this came to light. The laws don’t always apply to the rich.”

“Fresh Prince of Bel-Air” star Janet Hubert also called out Rashad for what she believed was insensitivity.

“Phylicia what are you thinking!!!” Hubert wrote in a tweet. “I don’t know you but to say this was terribly wrong. EVERYONE knew what he was doing back then. How could you NOT! Get your umbrella sista here comes the sh– shower. I am outraged that he has been released. Yes he is an old ass guilty man!”

Howard University released its own statement of support to survivors of sexual assault on Wednesday night.

“Survivors of sexual assault will always be our priority,” the university said in the statement, which was posted on Twitter. “While Dean Rashad has acknowledged in her follow-up tweet that victims must be heard and believed, her initial tweet lacked sensitivity toward survivors of sexual assault. Personal positions of University leadership do not reflect Howard University’s policies.

“We will continue to advocate for survivors fully and support their right to be heard. Howard will stand with survivors and challenge systems that would deny them justice. We have full confidence that our faculty and school leadership will live up to this sacred commitment.” 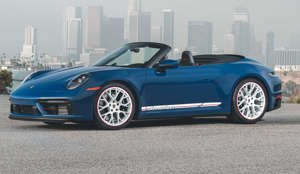 Skoda sales zoom over five-fold to 5,152 units in April; aims to expand network