In 2015, a Louisiana State University freshman changed schools weeks after being charged with sexual assault. LSU did not disclose the accusation of his new school, even after learning of his arrest for allegedly assaulting a second woman months later.

That same year, the University of Louisiana at Lafayette suspended a student arrested for sexual assault and allowed him to remain on campus as long as he did not get in trouble. During his next three years there, three women reported him to the Lafayette Police Department for sex crimes, but the police never informed the school, despite an agreement that required them to do so.

In 2018, Louisiana Tech University refused to investigate the report of sexual assault on a woman because the alleged perpetrator dropped out of school three days after her complaint. The university said nothing about the school he would go to the following month.

In any case, the institutions did not share relevant information with each other, leaving women on campus unannounced and potentially at risk.

The cases also have another common thread. They were all referring to the same accused student: Víctor Daniel Silva.
Silva, who did not respond to requests for comment on the story and hung up the phone with a journalist, was never charged with a sex crime. He was arrested once, but the prosecution did not proceed with the case. He has told the police and others that the accusations against him are false.

Yet his case illustrates how universities continue to grapple with the most basic response to allegations of sexual assault. Time and again, when women contacted Silva, university officials and police failed to communicate, provide critical information, or connect the dots in a pattern that may have influenced the prosecution of the allegations.

That should have changed in Louisiana. Six years ago, in response to a statewide sexual assault case management bill, Louisiana lawmakers passed a comprehensive new law aimed at eradicating predators on college campuses.

The law, known as Law 172, requires universities and local law enforcement agencies to communicate with each other with reports of suspected sex crimes involving students in their area. It ordered the universities to prevent students from changing schools during the sex crime investigation and to disclose any resulting disciplinary action to the new schools.

At this point, the police and universities were already charged with investigating sexual misconduct on campus. The 2015 law was designed to facilitate this work by ensuring that everyone had information about accused students who might otherwise have escaped.
But one by one, those responsible for protecting students at three of the state’s largest public universities have violated regulations or found loopholes to avoid them, according to USA TODAY research based on a review of case files by Documents. , emails and other public records. as well as interviews with current and former prosecutors, police officers, legislators, university officials, and seven women who have reported sexual assault.

Since the officers weren’t communicating with each other, they saw almost all of the allegations against Silva as an isolated incident on a clean record. They closed all cases against him through no fault of their own, sometimes without investigation, without interrupting his education.
Its failure shows how allegations of sexual misconduct abuse extend beyond LSU, which came under fire after USA TODAY investigative reports found that school officials covered up reports of rape, domestic violence and harassment and a failed investigation. of Title IX, the federal law that prohibits gender discrimination in education.

“It is shockingly embarrassing for our state,” said JP Morrell, a lawyer and former senator who supported Law 172. “At best, it is a total and numb disregard for what the victims are going through, and not just for what They are”. But what will future victims happen when these predators find new victims.

Officials from LSU, UL Lafayette, and Louisiana Tech denied the wrongdoing and said they had all the laws and regulations in place at the time.

Top brass at the Lafayette Police Department, including the chief, ignored at least nine emails and phone messages seeking comment. Jamie Angelle, a spokesperson for the city of Lafayette, emailed a statement saying the police agency’s agreement with UL Lafayette, which is mandatory under Act 172, did not require it to inform the school of “unsubstantiated allegations.”

The agreement, however, requires the agency to “notify UL Lafayette’s Title IX Coordinator… of any report of a sexually oriented criminal offense that may have occurred on its campus or involved a student as a victim or an accused.”

The schools and law enforcement, they said, simply didn’t follow them.

An oppressive heat baked the UL Lafayette campus the afternoon of June 22, 2015.

It was a Monday, and Carl Tapo sat in his office on the first floor of Buchanan Hall, a low-slung, red-brick structure across the street from a two-acre swamp – the nation’s only managed wetland on a college campus. Tapo, then a 62-year-old assistant dean of students, had an appointment with Silva, a recently transferred student who got into trouble. 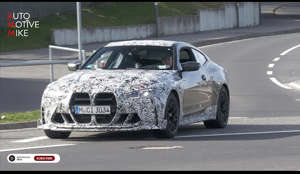 Mahindra trademarks ‘4Xplor’; to be used for Scorpio-N’s 4WD system