Fuel efficiency is up almost 14 percent, and the owner already has plans to improve the design.

When Chrysler unveiled its winged wonders back in the late 1960s, people scratched their heads. The Dodge Charger Daytona and Plymouth Superbird looked straight-up goofy with long noses and sky-high wings, but then they absolutely dominated NASCAR race tracks. The lesson was simple: aerodynamics matter.

This silver Subaru Impreza wagon won’t dominate race tracks. However, with a surprisingly simple modification to Subie’s bulbous backside, it is dominating gas stations. Okay, a 13.7 percent increase in fuel mileage isn’t exactly dominating. But with a few basic, low-cost materials and an afternoon for assembly, this aero-minded Impreza owner is saving money on gas. And this is only his first attempt at building a hypermile machine.

The video comes from the Think Flight YouTube channel, and as the name suggests, the content focuses on aerodynamics. Facing record-high fuel prices, this individual took his aerospace knowledge and applied it to his daily driver. We will leave the technical explanation to the video, but the summary is that cars with big butts generally have turbulent air behind them, and that’s bad. It means the car doesn’t slip through the air as easily, requiring more power to go forward. Eliminate the turbulence, and you’ll use less power. That uses less fuel, and that brings us to this Subaru looking like something from a bad science fiction movie.

To build this aero-behind, 1.5-inch foam sections were cut and duct-taped to the car. Cardboard wheel covers were glued to the wheels, and small vortex generators also made from cardboard were glued to the car in various locations. It’s all done off-the-cuff, with no specific plan other than to make a pointy rear end while keeping the taillights and license plate visible. It’s science, but the construction isn’t what you’d call rocket science. Still, it worked.

A baseline run before the modifications saw the Impreza achieve 35.6 miles per gallon. Using the same stretch of highway at the same time of day and topping off the tank from the same pump, the upgrades yielded 40.52 mpg. It’s a modest difference for sure, and subsequent examinations found ways to improve the design. But for a minimal effort, it’s not bad at all.

We’ve come across similar mileage-focused designs in the past, so the results aren’t shocking. But we’re interested to see how a Mk II aero-Impreza further improves the efficiency. 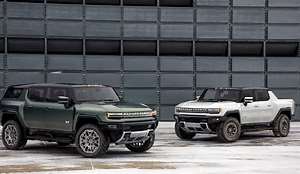 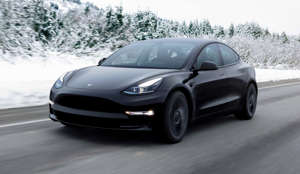 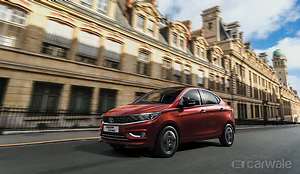