When Margo Woodacre opened her sewage bill in April, she did a double take. Her latest charges jumped 42 percent, to $37 per 1,000 gallons from $26 per 1,000 gallons. That was a major hit on the budget of the 71-year-old retired social worker who lives in Landenberg, Pennsylvania.

But she told NBC News she’s worried the rate hikes have just started. In 2017, her cash-strapped township of New Garden accepted a bid to sell off its sewer system for $29 million to a private investor-owned company called Aqua. But as part of the sale, Aqua could continue to increase rates by as much as 51 percent, with the utility commission’s approval, according to the agreement between Aqua and New Garden Township. Now, Aqua has set its sights on buying out the Chester Water Authority, the utility that serves Woodacre’s neighborhood with drinking water, which would raise her bills even more.

“My community — we’re all on fixed income. So obviously we are concerned about rates. We need water,” said Woodacre, who has been organizing against the privatization of the water system. “It’s about not having control as a rate-paying customer.”

The water business has been a booming investment for private companies. Over the last couple of decades, private water companies have steadily increased their market share of water systems to 15 percent from 10 percent, largely by taking advantage of state legislative efforts that have changed how public assets are valued, said Heike Doerr, a water utilities analyst with S&P Global Market Intelligence. In the past, the value of a public utility was measured by its “book value,” which factors in its depreciating value — like a car. But since 2016, 14 states have passed “fair market” legislation, which allows companies to factor in the future value of a utility, pay above this price and then pass along those costs to consumers.

The Chester Water Authority acquisition is just one of 28 pending water and wastewater purchases across 11 states with a combined value of $787 million, according to S&P Global Market Intelligence. As the country’s water infrastructure ages and cities fall deeper into financial distress, selling to a private company can be appealing. Cities and towns can relieve themselves of the burden of running a rusty water system while using the profits from the sale to pay off debts or improve parks and schools, Doerr said.

New Garden Township Solicitor Vince Pompo said in an email that the township had sold the sewer system because it “was aging infrastructure which was predicted to require fairly significant further rate increases of its own.” The township plans to use the sale profits to clean and develop public parks and improve streets in one of its villages.

Colleen Arnold, president of Aqua, said in an email that fair market laws allow Aqua and other private utility companies to leverage their expertise and operations to benefit both customers and cities to provide testing and safe and reliable service.

But, in many cases, residents are left to pay rates they never agreed to.

“Talking about those rates popping, we’re talking about a dishwasher or a car repair bill,” said Catherine Miller, an Oxford, Pennsylvania, resident and organizer with the volunteer group Save Chester Water Authority. “That is real money for people.”

As soon as Pennsylvania passed a fair market bill in 2016, the country’s largest privatized water companies, Essential Utilities and American Water, took aim at the state’s water systems, snapping up assets for millions of dollars. In 2017, Chester Water Authority became a target of a $320 million acquisition by Aqua, which is owned by Essential Utilities. Typically, towns and cities with crumbling water systems are identified for acquisition because they may not have the budget to improve their infrastructure or the expertise to efficiently run a water utility, Doerr said. A 2018 report from the U.S. Environmental Protection Agency estimates that the country’s public water system needs $472.6 billion in infrastructure investment over the next two decades.

“Every year that infrastructure gets older, the need to replace it is heightened,” Doerr said.

But some residents and potential customers of these private companies disagree that privatization is the answer to meet this need.

Chester Water Authority, which serves 43,000 customers in southern Chester County, western Delaware County and the city of Chester, is pushing back at the water privatization movement along with some customers. It has argued in court that it is not in distress and is not owned by the city. The authority said in a 2019 court petition for trustee status that it has met or exceeded federal and state water safety requirements as well as those established by the American Water Works Association, an international nonprofit, scientific and educational water quality organization. It also claimed that it has not been owned by the city since 2012 and is seeking trustee status to establish ratepayers as the owners of the utility. The water authority accuses Chester city of claiming ownership to be able to sell the water system to Aqua and crawl out of financial distress.

“Aqua’s offer was a proposed monetization of the Authority’s assets, which could purportedly provide the City with the quick cash it needed to possibly exit [financial distress] and allow Aqua and its shareholders to benefit significantly over the long-term,” the water authority wrote. “In exchange, and despite an illusory rate freeze, the authority’s ratepayers would receive increased water charges in perpetuity.”

None of these problems are new for Chester. Since 1995, the city has been in financial distress after decades of deindustrialization and population loss. By 2017, it accumulated $28 million in debt. Because of its status as a financially distressed city, the state’s Department of Community and Economic Development ordered Chester to address its funding deficits. Aqua made an offer to buy Chester Water Authority in 2017 and Chester city considered the offer, claiming it owned the water utility.

Chester Mayor Thaddeus Kirkland said in an interview that if the court decides the city is the owner of the water system, it would avoid any sale to a company that would raise rates.

“We’ve been open to discussions with everyone and have been in discussion with everyone,” he said. “Whatever we do, we hope to do in the best interest for the constituents of our city.”

A court hearing was held at the Pennsylvania Commonwealth Court in November to determine whether Chester has the right to dissolve the water utility, which would mean it could sell it to a private company. The court is expected to release a decision soon. 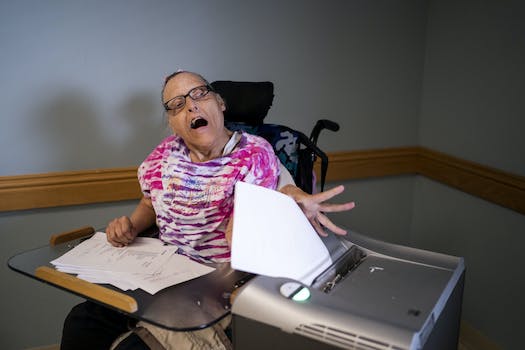