For the past year, Jeromy Sonne has been on the road with his wife, Kelsey, and their 2-year-old son, Emmett, living and working in short-term home rentals from Airbnb.

Sonne, 31, founder of marketing startup Decibel, was working remotely from rural South Dakota when the pandemic hit. After a few months of lockdown, the Sonnes found that being cooped up at home in a small town wasn’t working, so they put their belongings in storage and started traveling. They began in Utah, in Provo and then Salt Lake City, and then headed to Vermont, Texas, Hawaii and Montana. Most recently, they extended their travel abroad to Panama and Costa Rica, where they’re currently living.

They have stayed in locations for four to six weeks on average, which allows them to get to know the places and take advantage of monthly discounts. Usually, they book two bedrooms, which makes traveling with a toddler on a sensitive sleep schedule more manageable, even if it’s more expensive. But so far they have kept expenses at pre-pandemic levels, which includes average monthly lodging of under $2,500.

“I think there’s a misconception among some people that you have to have this huge amount of money to be able to pull this off,” Sonne said.

Kelsey recently left her job to handle all of the travel arrangements and manage the family’s finances full time, which has been key to the longevity of their travel. On top of budgeting, she keeps their expenses down by pinpointing affordable destinations, finding deals and making use of points and other travel hacks, which make it possible for them to live primarily off one salary.

The Sonnes want parents to know they don’t have to be left out of nomadic living, especially given the relative convenience of furnished accommodations.

“All of this is possible because of the Airbnbs and Vrbos of the world,” Jeromy said. “I don’t think we could really pull it off without those services, because we’re not in a situation where we could ‘hostel it.'”

How long they will continue living out of a few suitcases ultimately comes down to their son. They are eyeing an end-date of late 2022 or early 2023, when he’ll start preschool. In the meantime, they will be on the move, trying to see as much as they can in a few years and with a toddler in tow.

Before the pandemic, the term “virtual nomad” applied to a privileged few who had found a way to finance perpetual travel — and seemed to do so effortlessly. But when Covid-19 forced employers to go remote, it opened up the possibility of a nomadic lifestyle to entirely new groups of people.

Now, despite employers setting dates for full, in-person returns, many who took advantage don’t want to go back.

“People have experienced the power of work-life flexibility, enhancing the quality of their lives, their satisfaction,” said Tsedal Neeley, a professor at Harvard Business School and author of the book “Remote Work Revolution: Succeeding From Anywhere.”

Different from what Neeley calls the “forever unattainable” work-life balance, this newfound flexibility has allowed people to segment the day between work and life in a way that works best for them. In very practical terms, that means signing on for work, attending meetings and making deadlines but using off- or between-hours in a way that is more fulfilling — whether that means replacing morning commutes with a walk outside or sharing a meal with a spouse instead of eating alone at a desk.

“The digital nomad has the ultimate work-life flexibility,” Neeley said. They can spend their off hours pursuing changes of scenery, warmer weather, winter sports, new cuisines or, simply, a place to decompress.

A boon for rental sites

Pandemic-era interest in digital nomadism, or working from anywhere, has been a boon for sites like Airbnb and Vrbo, which have seen growing demand for weeks- and monthslong stays. These kinds of lodgings offer flexibility for those on an open travel schedule, and they’re often outfitted to function like a permanent residence, with workspaces, washing machines, cooking equipment and a range of creature comforts that allow people to travel lightly.

According to Airbnb, stays of four weeks or more almost doubled between 2019 and the first few months of 2021. Around 11 percent of long-term Airbnb bookers said they were living a nomadic lifestyle, based on a company survey.

Early in the pandemic, with the lockdown at its height, Airbnb users in the U.S. flocked to scenic, small-to-mid-size cities to enjoy the outdoors. The most popular destinations for two or more weeks included Park City, Utah; Durham, North Carolina; Santa Fe, New Mexico; Boise, Idaho; Richmond, Virginia; and Fort Walton Beach, Florida, among others.

Vrbo, which has crossover listings with other sites but its own following, also saw increases in demand for longer-term stays last year, reporting a 30 percent increase in bookings of at least three weeks compared to the same period in 2019. Its top destinations in 2020 included popular snowbird staples such as Phoenix, and Florida cities Fort Myers and Naples.

Now, as vaccination rates enable the lifting of travel bans, people are increasingly looking for destinations abroad. Searches for Airbnbs in popular locales like Iceland, Croatia and Greece have skyrocketed since talk of easing restrictions for vaccinated Americans began in the spring, according to company data. Countries that opened up first to Americans, like Mexico and Costa Rica, remain popular draws.

Despite nomadic life becoming more popular and more available to some, significant barriers still exist for most people because of the costs of traveling with kids or pets, the lack of options for people with specific accessibility needs, the many jobs that just aren’t done on a computer or don’t pay enough to allow for any kind of travel, among many other factors. More than 60 percent of Americans work in jobs that can’t be done remotely, according to McKinsey research.

Also at play is the country’s severe housing shortage, with a shortfall of 5.5 million units, according to the National Association of Realtors. That, coupled with the surge in demand for housing during lockdown, continues to drive up prices. With the median home price reaching an unprecedented $350,000, many buyers are quickly being priced out of the market.

But that doesn’t necessarily mean the desire for a permanent residence is going away, and the competition for a dwindling number of places to live, including affordable apartments to rent, puts the focus on stability over transience.

Now, many people who once had the chance to work from anywhere are being recalled by employers. As of May, almost 30 percent of white-collar workers had returned to the office at least a few days a week.

But the numbers show that Americans are not ready to go back to their desks — nor the status quo. A record 4 million people quit their jobs in April, according to the Bureau of Labor Statistics. And more resignations are likely coming: 95 percent of workers are currently considering changing jobs, with 92 percent willing to switch industries altogether, according to a recent report by Monster.com. Most respondents cited burnout and lack of growth opportunities.

The ability to work remotely, or from anywhere, is a significant part of this seismic shift, which has been dubbed the “Great Resignation.” For months, workers have said they would consider quitting if employers aren’t flexible about their return, a figure as high as 49 percent among millennial and Gen Z employees, according to recent Bloomberg News data. That desire for flexibility isn’t arbitrary: When comparing people who work from home with those who work from anywhere, the latter report higher levels of job satisfaction and workplace productivity, Neeley said. But both these groups report higher satisfaction compared to people who work in an office full time, according to research published in Harvard Business Review.

“Companies are learning that flexibility is one of the reasons we’re seeing a lot of turnover. When 80 to 88 percent of your workforce is asking for flexibility, how can you mandate otherwise and expect for people to stay when competitors are offering it?” Neeley said, citing recent studies. “The second thing is, if people want flexibility and virtuality this badly, I don’t know what’s worse: people leaving your company or people staying with the intention to leave,” she said.

After more than a year of adapting to new ways of living and working — and searching for meaning, fulfillment and happiness along the way — many aren’t willing to wait and see if they’ll be able to continue on the path they’ve carved out. They’re insisting.

For Julianna Claase, 27, the pandemic was a catalyst to start thinking about what she really wanted out of work and life. Claase, who was living in New York City when it went into lockdown in March, began searching for jobs that would allow her to become “location independent,” or to live nomadically indefinitely. She found an opportunity right as her lease was coming to an end and decided it was the moment to take the plunge.

Claase now works remotely on a permanent basis as a graphic designer at Getaway, a company that rents out Wi-Fi-free cabins designed to help people disconnect in nature. She said her co-workers, as well as her manager, support her nomadic lifestyle.

“It’s kind of like this moment of delight each month for my team when they notice a different background,” Claase said.

Her travels began in November with a monthlong stop at a co-working, co-living farm in Connecticut called Open Grange. After that, she spent time in the hometowns of friends and family on the East Coast and in Raleigh, North Carolina, and Richmond, Virginia, before heading to Chicago, where she didn’t know anyone. Along the way, she’s used Airbnb, creative-geared newsletter Listings Project, rental company Sonder and friends’ recommendations to find housing. Her goal is to spend $1,000 for monthly housing, though sometimes she spends more and sometimes less. 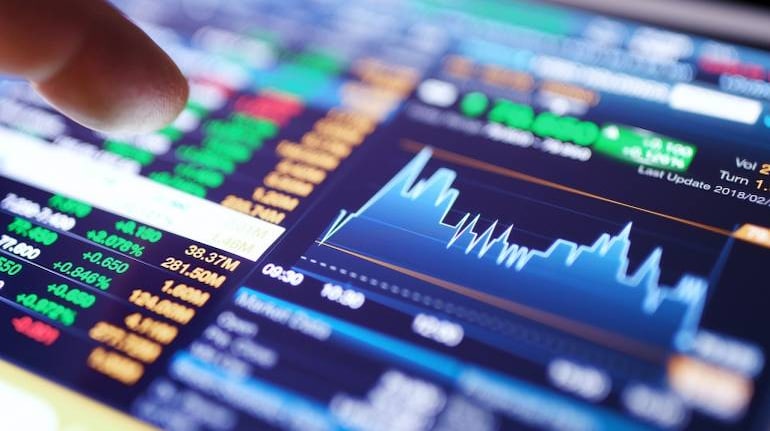 The next morning: So what is the metaverse?

Top 10 industries in India with most billionaires