President Joe Biden on Monday renominated Jerome Powell as Federal Reserve chairman, ending months of speculation over who would run the central bank for the next four years, the White House announced in a statement.

“We’ve made enormous progress in this country,” Biden said in a news briefing Monday afternoon, where he introduced Powell and current Fed governor Lael Brainard, his nominee for vice chair. “It’s a testament to the Federal Reserve.” He also cited Powell’s “steady and decisive leadership” in calming markets and supporting the economy during the pandemic.

“We need stability and independence at the Federal Reserve,” Biden said, pointing to Powell’s bipartisan base of Congressional support and his efforts to make the Fed’s employment mandate inclusive of populations that had been historically marginalized. In another nod to criticisms leveled at Powell from his party’s left flank, Biden said Powell assured him that the Fed would prioritize its efforts to address and mitigate the risk climate change poses to the financial system.

Powell has drawn ire from some progressives who are pushing the central bank to expand its dual mandate of keeping people at work and prices in check, and focus more on climate change and racial equity. Some Democrats had also argued that Powell has been too hands-off as a bank regulator.

He said the Fed would continue to focus on addressing inflationary pressures, saying: “We know that high inflation takes a toll on families, especially those less able to meet the higher costs of essentials like food, housing, and transportation. We will use our tools both to support the economy and a strong labor market, and to prevent higher inflation from becoming entrenched.”

As a Republican appointed by the Republican president to lead the Federal Reserve in 2017, Powell had received strong support from GOP lawmakers for much of his term, although that support had doubled in recent weeks as the ghost of soaring inflation began to dominate headlines. .

The surge in consumer prices to a 30 – year high, with concerns that prices will remain high for a period that stretches the boundaries of a “temporary” central bank – preferred descriptor, has led to criticism that Powell is not proactive enough. the fight against inflation.

In her remarks Monday, Brainard said she is committed to “getting inflation down at a time when people are focused on their jobs and how far their paychecks will go.”

Biden voiced his support of Brainard, calling her “one of the country’s most qualified and dedicated public servants,” and noting that she has played a pivotal role in expanding access to banking services and has also been a proponent of addressing climate change.

Economists and policymakers had been speculating for months as to whether Biden would take the unusual step of choosing not to reappoint Powell to a second term (although Powell also succeeded a single-term Fed chair).

As head of the central bank of the world’s largest economy and de facto reserve currency, it is arguably the highest profile role, with high stakes, in the realm of economic policy.

Although the Federal Reserve’s candidates are approved by the Senate, five progressive members of the House of Representatives, led by President Alexandria Ocasio-Cortez (D-N.Y), issued a statement in August calling for the election of a new Federal Reserve President. “We call on President Biden to re-imagine a federal reserve focused on tackling climate risks and promoting racial and economic justice,” the statement said.

Elizabeth Warren, D.-Mass, emerged as the highest enemy in the Senate. He exploded a Federal Reserve chair at a October session, calling him a “dangerous man to lead the Federal Reserve.” Warren was also the only member of the Senate Banking Committee to vote against Powell’s candidacy in 2017.

Despite this leftist opposition from both houses of Congress, no one offered anyone a name to replace Powell if Biden decided not to name him.

The assumption among monetary policy wonks is that the unspoken preference of progressives was Brainard, who would most likely take a more aggressive approach to bank oversight and regulation. She also has targeted income inequality as a source of economic destabilization and pushed for the central bank to take a more active role around the financial risks of climate change, two issues that have won her fans among progressive lawmakers.

Brainard’s name also came up for Treasury secretary in the Biden administration, although the White House ultimately went with Yellen.

Yellen expressed her support for Powell, saying in a statement on Monday that she was “pleased our economy will continue to benefit from his stewardship.”

“Over the last two years, the American economy has endured one of the most challenging episodes in our nation’s history,” Yellen continued in her statement. “The global and domestic economies were brought to a standstill and millions of American families were at risk of permanent scarring. Today, our economy has rebounded with strong job creation, low unemployment, and economic growth that has outpaced our global competitors. The steady leadership of Chair Powell and the Federal Reserve helped ensure that America’s economy was able to recover from a once-in-a-generation health and economic crisis.”

Powell was initially appointed to be on the Fed Board of Governors by Barack Obama and took office in 2012. Nominated by Donald Trump to lead the Fed, Powell initially faced skepticism from some lawmakers, particularly on the left, because of his background in investment banking and private equity rather than economics. But since his appointment, Powell has generally enjoyed broad-based support.

For his handling of the economy, including executing unprecedented actions to keep the financial system from collapsing in the early days of the pandemic, Powell won bipartisan praise. He has frequently cited the need for economic and labor market gains to be broad and inclusive as rationale for maintaining accommodative economic policy in the wake of the pandemic-triggered recession.

“If the people who are at the margins of the economy are doing well, then the rest of it will take care of itself,” Powell said in a “60 Minutes” interview on CBS in the spring. In congressional testimony, this stance has drawn approval from Democratic lawmakers and challenges from Republicans.

This was not the only criticism Powell has faced during his term. Most recently, he came under fire after two regional Fed bank presidents, Robert Kaplan of Dallas and Eric Rosengren of Boston, resigned after financial disclosures found that they had made trades during the pandemic that could benefit them financially. In response, the Fed implemented new restrictions on the financial activities officials can undertake. In a statement, Powell said that what he characterized as “tough new rules” would restore public trust in the central bank’s actions.

In addition to the role of chairman, Biden had a few vacancies to fill at the Fed: There was one vacant seat on its Board of Governors when he took office, as Trump nominees Stephen Moore and Judy Shelton failed to get congressional backing.

By appointing Powell to a second term, and then choosing nominees like Brainard more aligned with progressive priorities to fill the remaining open positions, policy experts say Biden has succeeded in shaping the Fed’s most influential policymaking body to conform with his administration’s goals and priorities.

Biden addressed the question of other open Fed governor positions, saying those would be forthcoming. He said his appointees would bring “new perspectives” and a greater degree of diversity, which he called “much needed and long overdue.” 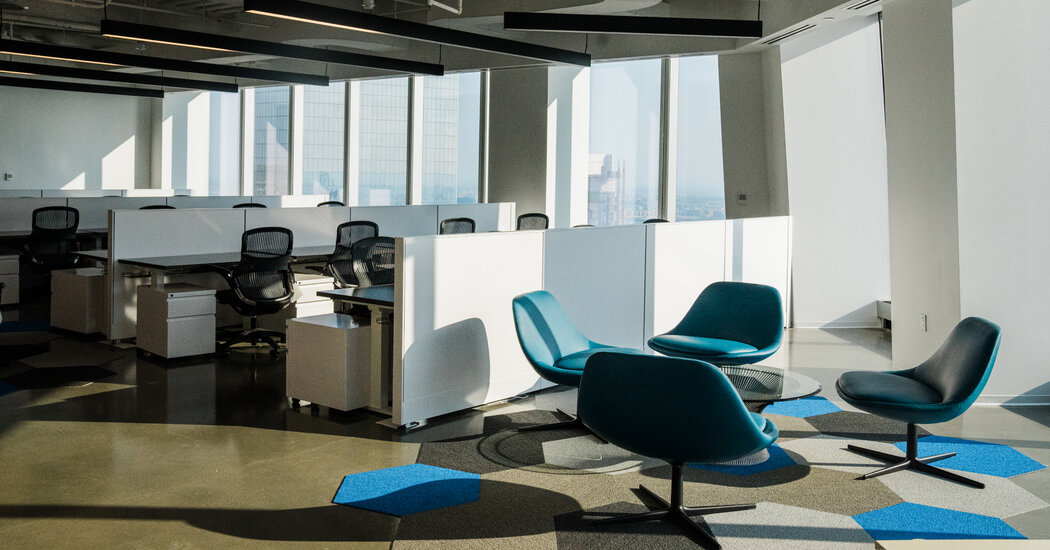