The multi-hyphenate performer has made headlines many times this year, from her inauguration ceremony performance to her public break-up from ex-fiancé Alex Rodriguez in April. But the JLo and A-Rod split was soon superseded by rumors of a renewed relationship with her 2000s-era ex Ben Affleck.

Despite the end of an engagement and whisperings of a new romance, Lopez said she’s having the “best time” of her life.

The 51-year-old singer has been spotted showing off that happiness while cozied up to Affleck: Most recently, the two were seen having a family friendly Fourth of July.

While neither Lopez or Affleck has confirmed a relationship rekindling, Lopez said she is satisfied with the current love in her life.

Lopez said her current positive outlook inspired her to release her latest song “Cambia el Paso,” a collaboration with Rauw Alejandro released Monday. Lopez said “Cambia el Paso” is a song about change and “taking a step” which she says really resonates with her right now.

Reports of Lopez and Rodriguez splitting began in March while she was in the Dominican Republic filming her upcoming rom-com “Shotgun Wedding,” starring opposite Josh Duhamel.

The couple made a joint statement confirming to the public they were still together, but in April they doubled back and said they “are better as friends and look forward to remaining so.” Lopez said when she returned to the states after filming wrapped on “Shotgun Wedding,” she wanted to get into the studio immediately to record the new song.

“I think some people really get inspired when they’re heartbroken … to write music when they were in pain. For me, it’s the opposite. When I feel really good, I really feel like I do my best music,” she said. 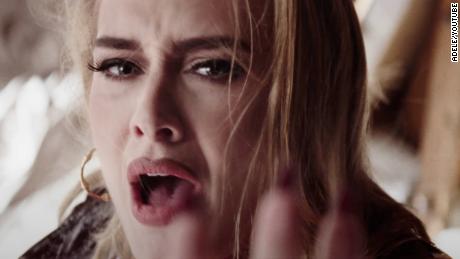 Adele’s best songs for all moods

PHOTOS: Meghan Markle and Prince Harry attend the One Young World Summit during their UK… Woman claims to be married to Michael Jackson’s ghost Daniel Radcliffe on playing Weird Al in upcoming biopic: It’s a huge responsibility that I…