Coffee Advantages And Disadvantages: Coffee is everywhere. It’s the most popular drink in the world, and it’s no surprise that people like it so much. Coffee has been around for over 1000 years and has been used as a stimulant in many cultures the world over. Today, there are many different types of coffee, but all have one thing in common – they are delicious and very addicting! In this article, we shall explore everything you need to know about coffee, its advantages, disadvantages and other intriguing facts.

Many people are familiar with coffee, but they may not be aware of its origins. A lot of these different types of coffee come from different regions of the world and have a variety of names. Traditionally, there are two types of coffee beans: Arabica and Robusta. Robusta is a coffee bean that has a bold and somewhat bitter taste. Compared to other beans, Robusta produces an intense, deep aroma and has a high caffeine content. The beans are mainly used for instant coffee and in espresso blends. Arabica is the preferred coffee bean for many roasters because it has a lower acid content and a soft, smooth taste. It is also preferred for its ability to stay fresh for long periods of time without degrading as much as other beans do.

Increase energy levels: Caffeine is a known stimulant and helps increase energy levels. It can also help people who have trouble focusing or need extra wakefulness. Additionally, coffee has antioxidants that help the body fight off many diseases and conditions such as heart disease, dementia, and diabetes.

May help with type 2 diabetes: Whether drinking coffee lowers your risk of type 2 diabetes can be argued, but it is likely that the drink helps maintain a healthy body weight. In a study conducted by Harvard University, researchers found that people who drank three to four cups of coffee a day had lower levels of insulin resistance and consequently a lower risk of developing type 2 diabetes.

May benefit brain health: Drinking coffee has been shown to have several health benefits, including reducing the risk of developing dementia, Alzheimer’s disease and Parkinson’s disease. Researchers believe that it could be due to the antioxidant properties in coffee or even its ability to increase levels of a neurotransmitter called dopamine. Unfortunately, this can make coffee addictive too.

Beneficial for  weight management: Studies have proven that coffee can help you lose weight by reducing the calorie intake and appetite. A study has shown that people who drank two or three cups of coffee a day had significantly less body fat than those who did not drink coffee. Additionally, it is thought that the caffeine in coffee reduces inflammation and pain, which may help with weight management

Potentially lowers the risk of depression: A cup of coffee will give you a boost of happiness if you’re feeling down. Coffee seems to have a lot of benefits, and many studies link it to more positive moods and ways to alleviate symptoms related to depression. A study published in The Journal of Affective Disorders compared individuals who consume coffee on an average day with those who don’t drink any caffeine. It found that drinkers had lower rates of anxiety, fatigue, insomnia and even depression.

May protect liver function: Coffee drinking has been linked to several health benefits, such as lower risk of kidney stone formation, reduced risk of fractures in older adults, and protective effects on cognitive function. There is also a growing body of research linking coffee drinking to a reduced risk of liver disease and non-alcoholic fatty liver disease (NAFLD) which are being caused by obesity and type 2 diabetes.

May be beneficial for heart health: Coffee contains a variety of compounds with potential benefits for heart health as well as reducing the risk of developing cardiovascular disease.

Consuming coffee in large amounts can lead to certain side effects including sleep disruption and irritability. The mental fatigue that is associated with too much caffeine can also lead to stress, lack of focus, and social withdrawal. Following are the most common disadvantages/detriments to drinking coffee:

Can cause anxiety: If you drink a lot of coffee-it can cause anxiety and irritability. Over time, the same amount may not be enjoyable for some people who are sensitive to what it does to their bodies. It may also disrupt sleep patterns and increase blood pressure.

Can cause Insomnia: Many people enjoy the taste, smell, and stimulating effects that a cup of coffee in the morning provides, however for others these effects are undesirable. For those individuals who suffer from headaches or sleep problems from their coffee consumption, one solution may be to switch to decaffeinated or low caffeine coffee products instead. It is also important to understand that staying awake for long periods of time is bad for health.

Might be bad for the heart: There are a variety of compounds in coffee, some that are good for your body and others that could increase your risk of heart disease. These substances include caffeine, theobromine, and polyphenols which help keep your blood vessels healthy but can obstruct the same circulatory system when taken in large doses. However, you should avoid or at least reduce coffee intake if you have cardiac arrhythmia disorders.

Can worsen Diarrhoea: Coffee can help with nausea caused by motion, but if you have diarrhoea it might make your condition worse. You should avoid coffee if you are experiencing symptoms like these or if you need to follow a diet because of an issue.

Not advisable for individuals with epilepsy: Some people may think that a cup of caffeine is harmless for them, but for people with epilepsy, it’s a big mistake to drink coffee. Adversely affecting many parts of the brain, caffeine causes the seizure frequency to increase for up to 12 hours after consumption. If you have epilepsy and are faced with having only one cup of coffee a day, decreasing the number can make much more difference than replacing it with something healthier like tea or water.

Irritates gut: In moderation, it does not pose any serious health risk – but daily coffee drinkers should take note that even the best coffees are loaded with a number of gut-irritating additives. It can worsen symptoms of IBS (Irritable bowel syndrome)

Makes bones more fragile: Coffee also has some negative side effects that are too commonly overlooked. A 2015 review found that drinking more than 5 cups per day was associated with an increased risk for fracture in women and men. This is because caffeine can increase the amount of calcium that is flushed out through urine.

The following table summarises the advantages and disadvantages of drinking coffee:

Why Does Your Coffee Taste Different at Different Times of Day

One of the most popular beverages in the world, it is no surprise that coffee has a specific taste and smell. This is because of acidity levels and temperature differences. The flavour of coffee also changes throughout the day, so many people prefer to drink their coffee in the morning, when it tastes its best. Another interesting feature to note is that coffee also tastes different when it’s hot vs cold.

Conclusion on Coffee Advantages And Disadvantages

Coffee is one of the most popular drinks in the world – consumed by all cultures and all races. Despite the high popularity, coffee has received mixed reviews on health benefits. Some studies have shown that coffee can be beneficial as a part of a healthy lifestyle, while others show that it may be harmful when taken to excess. Regardless, moderation is the key. Upto 400 milligrams of caffeine seems to be safe for most healthy adults. However, individuals must also take into consideration their tolerance level and tolerance to caffeine.

FAQ’s on Coffee Advantages And Disadvantages

Question 1.
What is the disadvantage of coffee?

Question 2.
What is the advantage of coffee?

Answer:
One of the main advantages of coffee is it contains caffeine, a chemical that can provide energy and enhance focus. Caffeine is often found in chocolate, tea, cola, and several medications like pain relief medicines. Coffee also has antioxidants which have many protective properties. Researchers have also shown that drinking two cups a day may reduce the risk of cardiovascular problems. Plus, many people enjoy drinking coffee or tea as a well-needed break from their busy schedules.

Question 3.
Is coffee good or bad for health?

Answer:
There has been a lot of controversy over whether or not coffee is good for our health. Some people say that it’s healthy and others say that it’s bad for our health. The truth is, it depends on the amount of coffee you drink each day and overall caffeine consumption. Coffee does contain antioxidants, which are thought to reduce the risk of many diseases like cancer and heart disease. Consumption of caffeine, above the safe daily limits can trigger side effects such as anxiety attacks and nervousness. Hence, moderation is the key. 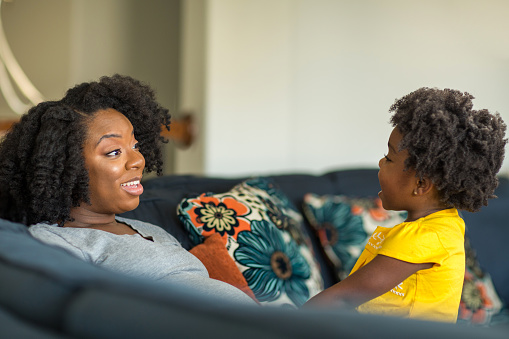 The Best and Biggest Gadgets of January 2022 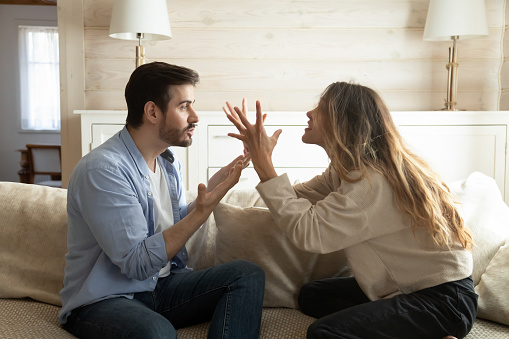 Ways to Deal with Stress in Your Relationship

Skin Infections: What You Should Know

Top Electronic Design Service Companies You Should Consider in 2020