A drink that can make you more sociable, help you cram for your exams, or tingle your olfactory receptors, coffee is truly an emotion. However, too much of a good thing can never be good.

Being a big fan of coffee myself, accepting the disadvantages of coffee is probably one of the hardest things I have ever had to do. But trust me, you do not want to wake up in the middle of the night from a fragmented sleep schedule.

Let us look at the list of all the major disadvantages of coffee and learn to enjoy our beverage of choice well within limits.

The very first disadvantage of coffee is insomnia, the most common thing observed these days.

On days preceding an exam with a massive syllabus but little to no preparation time, coffee becomes our beverage of choice.

This disadvantage of coffee is for all the students who gulp down multiple cups of it in an attempt to cram the whole syllabus in one night.

Ever wondered what the reason behind this behavior was?

The longer you stay awake, the more the amount of adenosine that builds up in your brain. Caffeine, one of the main constituents of coffee, can bind to the same receptors as adenosine. It blocks the receptors preventing adenosine from binding to them to do its job of inducing sleep.

Next on the list of disadvantages of coffee, is anxiety.

A constant feeling of worry, agitation, or feeling tense, can be classified as anxiety. However, feeling nervous about certain things is perfectly normal and you needn’t be worried even one bit.

However, caffeine is believed to hold the capability of inducing anxiety attacks. Within a few minutes of consuming coffee, adrenaline gets released, which in turn stimulates our fight-or-flight response.

Imagine being in a forest echoing with the roars of wild animals all around. You try to run but end up twisting your ankle.

Just when that happens you hear an animal roar very close to you. Under normal circumstances, you would not even be able to move owing to the excruciating pain in your ankle.

However, that roar induced a sense of fright within you which triggered your fight-or-flight response and gave you the energy to flee, not minding that ankle even one bit.

Hence, next time you are gulping down an entire cup of coffee, be mindful of this disadvantage of coffee!

For people with pre-existing indigestion issues, this disadvantage of coffee can prove to be a nightmare. Even for those with cordial stomachs, coffee might still manage to get on the nerves causing unpleasant complications like heartburn.

Coffee is believed to relax the lower esophageal sphincter, the gate denying entry to the acid brewing in our stomach into our food pipe. This might lead to acid reflux, hence causing complications.

The issue might be aggravated on varying levels depending on the roast type of the coffee beans. Some roasts are believed to be more acidic than others hence inducing more prominent effects.

Another disadvantage of coffee is that it is not healthy for a pregnant woman.

Many of you might already be familiar with this disadvantage of coffee. Nurturing an entire human being for 9 months inside one’s own body is no joke.

Although a beautiful journey, there exist hundreds of things that a mother needs to be mindful of, coffee being one of them.

When taken in moderate amounts, pregnant women can enjoy their cup of coffee without any lingering feelings of worry.

When the consumption pattern crosses the limits, there might occur increased blood pressure and heart rate, neither of which are advised during the pregnancy.

Most importantly, increased chances of miscarriage have been linked to over-consumption of coffee.

In the past few years, cholesterol has sadly become the victim of marketing strategies used by nearly every cooking oil brand in India.

Promoting themselves as the protagonist ready to save us all from the villain cholesterol, these brands have created a misleading fear of the substance amongst the crowd.

Apologies for breaking your bubble, but without cholesterol, none of us would be alive. There exist two types of cholesterols – HDLs and LDLs. Consider the former your best friend and be mindful of only the latter.

Coffee is speculated to play a role in increasing LDL levels in the body. Therefore, the risk of developing thick arterial walls (the vessels that circulate blood throughout our body) leading to possible blockage and heart complications increases.

We all know that heart complications are no joke. So, be careful about this disadvantage of coffee!

I can personally vouch for this disadvantage of coffee. Like mentioned earlier, caffeine can bind to adenosine receptors in the brain hence preventing the body from feeling tired.

I mean, who would not enjoy this sudden burst of energy that can be utilized in all sorts of activities from socializing to cramming? I certainly did!

This burst of energy leaves one aching for more, also rendering an individual incapable of handling the sudden dip in energy leaving you groggy and extremely tired.

Hence, people can be seen using that cup of coffee as a mandate for delivering good performance out in the crowd of busy and constantly moving people.

This disadvantage of coffee can again be attributed to the adrenalin release triggered by caffeine.

As mentioned earlier, too much of a good thing can never be good. Too much adrenaline in our system makes it difficult for our body to handle it, giving us jitters and restlessness.

The next disadvantage of coffee is blood pressure.

Speculations surrounding this disadvantage of coffee are believed to have more than one plausible reason.

The first one being coffee’s ability to cause blockage of hormones responsible for keeping arteries wide and open for blood to pass through seamlessly. That might increase the pressure exerted by blood on the walls of the vessels hence elevating blood pressure.

Another possibility is the increased release of adrenaline from the adrenal glands that causes constriction of blood vessels in the body.

One needn’t be a doctor to grasp how frightening a heart attack is.

What happens in a heart attack?

Our heart is a pumping machine that constantly pumps blood to the different parts of the body. Ever imagined what will happen if it suddenly stops working?

Whatever imagination this question might induce is what a heart attack is.

When coronary arteries constrict due to the accumulation of substances like cholesterol (remember – not all types of cholesterol!), the blood supply to the heart decreases and might even stop entirely.

That prevents tissues from remaining parts of the body from getting blood, hence oxygen, causing them to die.

If not cysts, caffeine can also cause breast pain. So, put that second cup of coffee at 10 in the morning down!

Hearing this term for the first time? No problem! Urinary incontinence refers to the increased urge to urinate.

What does coffee have to do with it you ask?

The culprit here is caffeine again. Caffeine increases blood flow to the kidneys raising the amount of blood getting filtered and urine production. This increased urine production causes the urge to keep using the bathroom more often than usual.

This disadvantage of coffee is specifically for people living with Type 2 diabetes.

Caffeine is believed to make the cells of our body even more insensitive to insulin.

The blood sugar levels post-meal increase even more than usual as the insulin being produced by the body is not able to enter the cells and process blood sugar.

The sense of social, mental, and physical well-being brought about by coffee immediately post its consumption makes it very easy for consumers to keep wanting more.

Consequently, it is very easy to overdose on caffeine.

Symptoms like increased restlessness, anxiety, and even disturbed circadian rhythms (our biological clock) are most common.

Are you one of those with a day and night skincare routine? This disadvantage of coffee might be for you!

It has been believed that caffeine interferes with collagen production when taken in large amounts. Collagen maintains the elasticity of our skin. In its absence, your skin will start to sag.

In simple terms, you are causing your skin to age faster by gulping multiple cups of coffee in a day.

It is under speculation that excessive amounts of caffeine intake can increase intraocular pressure.

Therefore, this disadvantage of coffee can prove to be detrimental to eyesight.

Ossification is the formation of new bone tissue. Have you ever imagined yourself without bones?

Caffeine is believed to increase calcium excretion from the body. Calcium is the main component of bones. That is why its deficiency can prove to be quite detrimental to the formation of new bones.

If you wish not to end up like a shapeless puddle, be mindful of this disadvantage of coffee!

Menopause marks the end of a woman’s menstrual cycles, mainly observed in women in their 40s or 50s.

On the side, it marks the increase of blood loss cycles every month, along with painful period cramps and many other unpleasant symptoms. But on the other side, it comes with its own set of complications.

Night sweats and hot flashes are the most common type of unpleasant occurrences following menopause. Caffeine is believed to aggravate these conditions hence making menopause even harder to bear.

Although not very well known, caffeine allergies do occur in some individuals that are unfortunately often mistaken to have been caused by some other substance.

These allergies can cause some significant reactions in the body, including anaphylactic symptoms, which indicate swollen tongue or throat leading to difficulty in breathing.

Therefore, this disadvantage of coffee is certainly not to be taken lightly.

This disadvantage of coffee is more for men than women. Excessive caffeine can cause more prominent fertility issues in men than in women.

Therefore, keep an eye on how many cups of coffee you are gulping in a day!

This disadvantage of coffee might come as a shock to most of you. More often than not, drinking a cup of coffee is often viewed as a remedy to headaches, and rightfully so. But ironically, most of the time, the reason behind that headache is coffee itself.

As mentioned earlier, caffeine can cause constriction of blood vessels hence reducing blood flow to the brain. When you suddenly go cold turkey on coffee, the blood vessels widen allowing more blood around the brain.

This puts pressure on the blood vessels, ultimately leading to throbbing headaches. 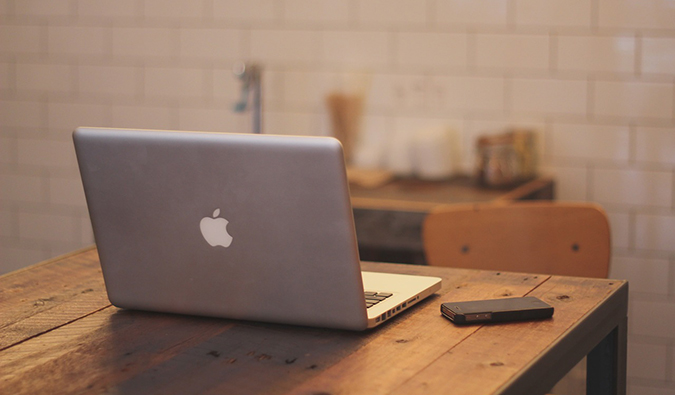 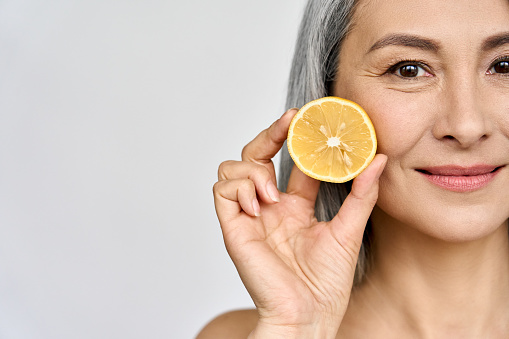 Surya Grahan 2021: What is The Story of Rahu-Ketu?

Save money through your income source.