Her imminent departure has been reported on for months, in the lead-up to Germany’s September general election and ever since. Yet Mrs Merkel kept popping up this autumn at press conferences in Berlin, the G20 meeting of world leaders in Rome, EU leaders summits and more.

Now she really, truly is poised to tiptoe into Germany’s political sunset.

Social Democrat Olaf Scholz is the Chancellor-in-waiting. After presenting his plans for coalition government on Wednesday, he’s hoping to get the formal nod of approval from parliament in a couple of weeks.

So what can we expect? Will it essentially be same old, same old for Germany?

Mr Scholz is a solid member of the political establishment, most recently serving as Angela Merkel’s deputy prime minister and finance minister; perceived as a calm and steady hand throughout the ongoing coronavirus crisis.

But – and it’s a Big But – Germans are talking about a radical change in their country’s “Machtarchitektur” – or architecture of power. And that will affect German policymaking at home and abroad.

Angela Merkel’s style of governance was very top-down. Cabinet ministers were far less visible. Coalition partners over the years complained they were overshadowed and generally sidelined.

Not this time. Coalition partners – the Greens and business-friendly FDP party – will wield a lot of power. Not just because of the prominent ministries they’ve been promised: foreign affairs and the new economy and environment ministry for the Greens; the finance ministry for the FDP.

Their leaders are younger than Olaf Scholz, they’re seen as far more dynamic. Combined, their parties received a larger chunk of the vote than his Social Democrats. This will allow them to push hard from inside government for, as they’ve pledged, Germany to modernise, decarbonise, digitalise and change.

One German commentator remarked that the Greens and FDP liberals would likely be the policy cooks in the new coalition government, with Olaf Scholz playing the role of a waiter delivering their concoctions to the table of German parliament and society.

And what does that mean in practice for Germany and its partners abroad?

First off: not as much of a revolution as it sounds.

Yes, Germans voted for change this autumn. But change with a small “c”. This is a country that appreciates stability. Measured change would be Germans’ preferred option.

Changes on Russia and China

It’s worth remembering that the coalition pact, presented on Wednesday, is essentially designed for German public and political consumption after five weeks of post-election negotiations.

It’s not chapter and verse for the world outside. It’s not necessarily what will come to pass in practice once the realities of government bite.

Some changes of tone though should be expected on the global stage.

With the Greens leading the way in foreign policy, Berlin will probably be tougher on Russia and China than under Chancellor Merkel. She was often accused of cosying up rather too often to Beijing and Moscow, putting Germany’s trade interests before anything else.

A number of EU countries also criticised Angela Merkel when it came to Hungary and Poland and questions about their respect for the rule of law as well as freedom of the media and judiciary.

France and US, but no UK

France’s President Emmanuel Macron will have been pleased that “friendship with France” got a special mention at Wednesday’s press conference. He was often frustrated by Chancellor Merkel smilingly and ever so politely blocking his ambitious EU reform ideas.

One of them was to loosen EU fiscal rules and abandon Mrs Merkel’s cherished austerity measures for EU governments in financial trouble and debt. Team Scholz has dangled the possibility of being more open-minded. If so, that would be music to the ears of the EU’s Mediterranean countries and France.

There was a special mention too on Wednesday for Germany’s partnership with the US. But no talk at the press conference of post-Brexit relations with the UK and the ongoing tensions around the Northern Ireland Protocol.

Still, you can expect this new government to fully back Brussels. The incoming coalition is extremely pro-EU, and at pains to demonstrate that. But the UK is not forgotten: the coalition pact describes the UK as one of Germany’s closest international partners.

Headline news at home will be the raising of the minimum wage with a direct impact for 10 million Germans; a promise to stabilise rent inflation and ambitious plans for Germany to remain powerful and wealthy, but also become carbon neutral as soon as possible.

Under Angela Merkel, coal-burning Germany talked the environmental talk, but the walk was slow and stumbling. All those climate activists we saw on the streets of Germany ahead of September’s election will be watching their new government very closely indeed.

Germans dub their government-in-waiting the traffic light coalition because of the red, green and yellow colours of the three parties in it. It’s Germany’s first-ever three-party government at national level and it’s very much a marriage of convenience. These are not natural political bedfellows.

But there will be little time for existential angst when the hot seat in Germany is theirs. The in-tray is overflowing, with the country’s currently acute Covid crisis right at the top.

Olaf Scholz says he’s putting together two emergency Covid committees to sit with him in the chancellery and the vaccine campaign will be given another push.

He hasn’t ruled out making vaccination compulsory, as neighbouring Austria has just done. The Covid restrictions versus personal freedoms debate is deeply divisive in Germany.

Team Scholz will be off to a bumpy start.

5 nutrients (other than calcium) that are necessary for bone density

Scared of a possible third wave? Here are foods and habits that can boost your body’s immune response

THIS is the best weight loss diet for a diabetic, as per a study

Is ghee bad for heart health and weight loss?

5 nutrients (other than calcium) that are necessary for bone density

Scared of a possible third wave? Here are foods and habits that can boost your body’s immune response

THIS is the best weight loss diet for a diabetic, as per a study

Is ghee bad for heart health and weight loss? 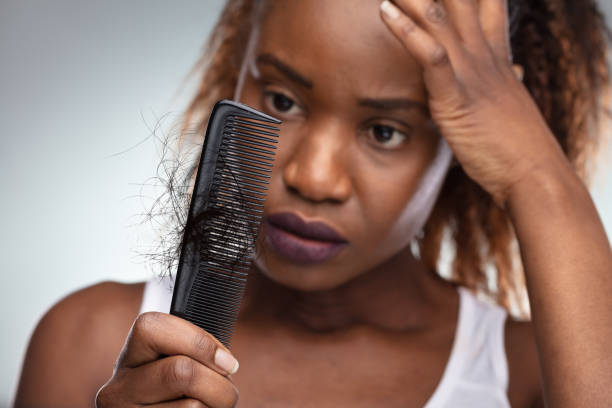 How to get rid of lizards at home: Check here

What is a Lifestyle Blog? 13 Must-See Examples