An infusion of a cup of coffee is what we need to get going for the rest of our day. The caffeinated drink is what gives us the thrust to move on as we all crave in the morning. Almost 53.51% of the Indian population use to drink coffee regularly. This was the statistic shown in the results of a survey conducted by Cint on beverages consumed regularly in India in 2018.

The U.S. National Library of Medicine elucidated earlier that besides its divine flavor, the compound that coffee contains known as caffeine, stimulates our central nervous system, making us feel more awake. This might appear quite weird but caffeine is the most consumed drug in the world.

While coffee gives off a few health benefits, such as reducing chronic inflammation in the body, there are also a few potential side effects that one should be aware of. Here we will be talking about what are the benefits and drawbacks of consuming coffee frequently. So, let’s get started right away…

Coffee contains caffeine which when absorbed into the bloodstream, blocks the receptors of a neurotransmitter called adenosine and the other neurotransmitters, such as norepinephrine and dopamine, resultantly increasing the neurons’ speed and helping us to cope with fatigue and thus enhance energy levels.

A cup of coffee can be especially advantageous for short-term, high-intensity exercises since caffeine is considered an aerobic endurance promoter and boosts our muscle strength, power, jumping performance, and exercise speed as inferred in a systematic review in the ​British Journal of Sports Medicine​ in March 2019.

Coffee plays a positive effect on our lengthening our lifespan. Decaffeinated coffee is associated with a lower risk of death. People who drink up to eight cups of coffee per day may slightly lower their risk of early death compared with non-drinkers, according to a new study.

According to the ​European Journal of Preventive Cardiology​, researchers had been following 508,747 men and women aged 20 to 79 and found a connection between drinking filtered coffee and lower mortality rates than both drinking unfiltered coffee and not drinking coffee at all!

Some studies suggest that while drinking coffee the chlorogenic acids, lignans, quinides, trigonelline, and magnesium present in both caffeinated and decaffeinated coffee may actually reduce one’s risk of developing type 2 diabetes.

Coffee is linked with a reduced risk of diabetes. But in the case of people already with diabetes, it can have varying effects as caffeine can be linked to increased blood sugars. Researchers have found that cafestol, a bioactive compound present in coffee increases insulin production, reduces fasting glucose levels, and improves insulin sensitivity in mice.

People who drank more coffee possess a lower risk of heart failure. A study was conducted in November 2015, where over 200,000 people were tracked and it was found that drinking between 1 to 5 cups of coffee per day is linked to a lower likelihood of death from cardiovascular diseases, neurological diseases, or suicide.

Among those in the Framingham and Cardiovascular Health studies, the risk of heart failure fell by 5%-12% per cup of coffee per day, compared to people who drank no coffee. Some studies have also shown a 20% lower risk of stroke in coffee drinkers.

Basal cells, which are found in the innermost layer of the skin cause Basal Cell Carcinoma– one of the most common forms of skin cancer. Dr. Paul Nghiem, who has worked on mouse studies of caffeine and skin cancer, says caffeine appears to help prevent skin cancer by killing the small number of precancerous cells that are damaged by sunlight in the process of dividing at the time of exposure.

According to studies based on women’s health, women who drank at least 3 cups of coffee a day had the lowest chance of being affected.

The natural effects of caffeine stimulate a host of sensations, such as the heart beating faster, our body heating up, our breathing rate increasing, and all the things that mimic anxiety. Caffeine’s jittery effects on the body like preventing sleep are similar to those of a frightening event. That’s because caffeine stimulates our “fight or flight” response, and research has shown that this can make anxiety worse and can even trigger an anxiety attack.

Caffeine does have its cognitive perquisites including boosting alertness, energy, and feelings of well-being but its overuse can also cause a range of unpleasant side effects.

After drinking a cup of coffee, caffeine is absorbed into the bloodstream and transported around the body to the brain blocking the neurotransmitter Gamma-aminobutyric acid (GABA), which is a natural calming inhibitor in the brain known for controlling anxious thoughts. When this inhibitor is blocked, you may start feeling anxious and depressed.

As a result, people with depression may experience a more severe drop in their mood once the effects of the stimulant wear off.

Hydrochloric Acid (HCl) is produced in our stomach when we eat in order to digest fats and proteins. If we drink coffee with an empty stomach, overproduction of HCl is occurs affecting protein digestion leading to several problems like bloating and gas.

Besides this, caffeine is a stimulant that triggers gut motility, or the contraction of the muscles that propel contents in the gastrointestinal tract. This stimulating effect may lead to loose stools or diarrhoea, which can contribute to dehydration.

A conception and no clear evidence have been found but some studies say that women who drink large amounts of caffeine may take longer to become pregnant and have a slightly higher risk of miscarriage and low birth weight. The blood capillaries carry the to-be-fertilized eggs from the ovaries to the uterus.

Eggs must reach the womb through this tube for a successful conception. Caffeine is known to stimulate the nervous system which opens up airways and constrict the blood vessels causing decreased activity of the fallopian tube, which endangers the eggs’ journey to the womb, which results in an unsuccessful pregnancy.

Although many experts have agreed that consuming less than 200 milligrams of caffeine should not have any impact on fertility and this equals to about two eight-ounce cups of coffee.

A study published in 2013 by the Journal of Clinical Sleep Medicine found that drinking caffeine up to six hours before bedtime can reduce the amount of time you spend sleeping that night by as much as one hour. Caffeine can boost your energy levels but its effects can also deprive you of your sleep. This is because inside the brain there is a sleep-promoting chemical called adenosine that is produced in the brain during our wake hours.

Normally, adenosine builds up in the brain the longer we’re awake. The more it builds up, the sleepier we become. Intaking coffee frequently inhibits the caffeine to block adenosine receptors which can almost make you an insomniac. Fantastic Ideas To Decorate Your Home On A Low Budget 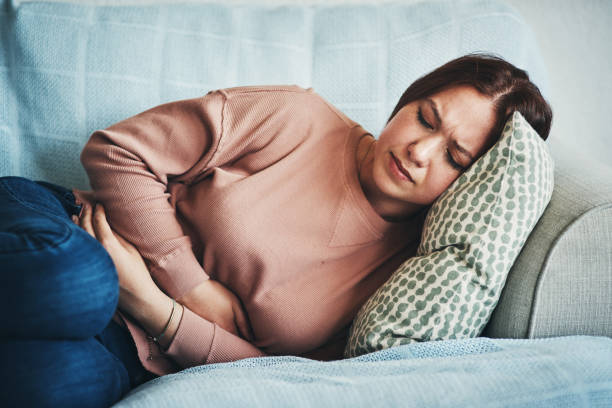 Can I Make My Period End Faster? Tips for Planning Meals on a Budget Small ways to show you love and care for your partner, even when you’re both…