I’m young. I’m healthy. In over a year of pandemic life, I never experienced any symptoms of Covid-19 nor tested positive.

But the minute I had a chance to get vaccinated in early March, I took it. It felt like the right thing to do. I didn’t need to be convinced or lobbied or bribed.

Fast forward a few months and … turns out a lot of people need to be convinced or lobbied or bribed.

I’m sure you’ve seen the “Price Is Right” Showcase Showdown-like incentives being dangled to get reluctant people vaccinated lately. Ohio and California and Colorado are making millionaires out of vaccinated lottery winners. Krispy Kreme is handing out free doughnuts. Washington state is giving away weed.

Should I be upset that others are now getting rewarded, sometimes handsomely, for showing up late to the vaccine party and doing so for maybe not the most altruistic reasons? When I jumped at the chance to inoculate myself for nothing more than keeping safe and protecting those around me (and, OK, fine: I did get an “I Got Vaccinated!” sticker), is that fair?

That’s what was running through my head when I recently sent out a tweet that then went viral and, as of this writing, garnered 3.8 million impressions.

Half the replies painted me as a whiny crybaby demanding his $1 million for getting the vaccination. But the other half seemed to experience catharsis at what I said: They vented their rage at getting vaccinated early to protect themselves and those around them only to watch their neighbors refuse vaccination and then relent at the prospect of free Six Flags tickets, guns or alcohol.

“There’s an understandable frustration if you were first in line,” said Emily Largent, an assistant professor of medical ethics and health policy at the University of Pennsylvania’s Perelman School of Medicine. “It can feel a little frustrating if you felt you did it for yourself and your community and now to see people who have held out having the potential to be rewarded significantly.”

Because (corny sentiment alert) knowing I did my part to help end the gravest pandemic of our generation and save lives IS reward enough for me. Twitter, unfortunately, doesn’t offer a tongue-in-cheek font.

Would I love the free trip to Las Vegas that Hawaii’s offering? Of course. And props to the states enrolling previously vaccinated people like me into their lotteries, raffles and giveaways; we early adopters appreciate the recognition.

But just like in those high school group projects where a slacker or two gets an A+ by others doing the lion’s share of the work, the important thing here is the success of the whole. So if John Doe is only reluctantly getting vaccinated now because he has a shot at paying his rent this month or winning a new car, good for him.

What happened to the idea of the greater good? Of being happy for your neighbors even if it meant you sacrificed a little to help them out? Rising tide and all that. Is this not the same country whose people patriotically gave up sugar and butter and gasoline during World War II?

Well, no, absolutely not.

“There’s some evidence that people in the World War II period and the period immediately after had higher levels of social solidarity and social trust,” Mark Christopher Navin, chair of philosophy at Oakland University and a clinical ethicist, told me.

“There’s also evidence they had much higher levels of fear,” he continued, certain kinds of which can be strong motivators of behavior. “The fear of infectious disease, especially if you and the people around you are not ill, is in some ways often less consequential than fear associated with military conflict and explosions and bombs.”

Navin noted that he doesn’t think Americans are necessarily any less virtuous now, just that their circumstances are different. Maybe we would still all be more open to sacrificing for the greater good if we were fighting Nazis or some other foreign power. But against a microscopic virus nobody can see? Not so much.

If that means we can’t all count on each other to work toward a higher purpose and eagerly get shots in our arms as part of a shared national enterprise, I’m OK incentivizing people instead.

Because a whole nother ethical problem is waiting for us if we don’t get more people vaccinated quickly.

“The thing that’s on the horizon is coercion, mandates,” Navin said. “And all the political, horrible fighting that will come with that. Anything we can do now to avoid mandates — and incentives are a thing we can be doing — is something we ought to be doing.”

If a free ticket to a baseball game is what gets my ambivalent uncle signed up for a vaccination appointment, that’s a social contract I’d gladly sign to avoid arguing about mandatory vaccines come Labor Day. And those of us who voluntarily waited in never-ending lines or drove multiple hours to get our shots the first chance we could need to be cool with that. Is any of this fair? No. Does it matter? Also no.

Not that the frustration isn’t justified. “It is annoying and it is infuriating. If it’s angering you, you definitely have a reason to be angry,” said Maya Kruger, a New York City-based psychotherapist and executive coach.

But she added, “Your anger in this case is not going to actually bring you the solution that you’re hoping for.” Instead, “you’re going to be horrified constantly unless you normalize it to yourself that, ‘This is something that really annoys me, and [I need to] limit my exposure to it.'”

It might also help if some of us Type A personalities admit we kind of enjoy playing the virtue card, just like in high school, when I picked up some slack to make sure the group project did well and got my A with a side of smug satisfaction.

“From an individual, moral psychology perspective, there could seem to be a fairness issue involved,” Navin said, referring to the person who says, “I didn’t get my lottery ticket,” along with their shots. But Navin stressed, “I would not want to trade places with that person. I got the vaccine as soon as I could because I wanted to protect myself and the people around me.”

He pointed out that you can imagine having waited three months and getting free doughnuts. But that raises the question: Would you rather have waited for three months? His answer: “No way.”

If that makes me sound a little sanctimonious, well, let’s be honest, some of us Type A’s kinda like that, too.

Look, we’re not going back to some harmonious 1944 America working toward a unified goal. Every expert I spoke to for this piece acknowledged the current partisanship and polarization of this country as bedrock reasons why we’re in this vaccine predicament in the first place.

But at least we can get back to a reality where Covid-19 isn’t the first thing we think about every day. So a neighbor’s drinking a free beer I didn’t get? Cheers, pass the doughnuts. 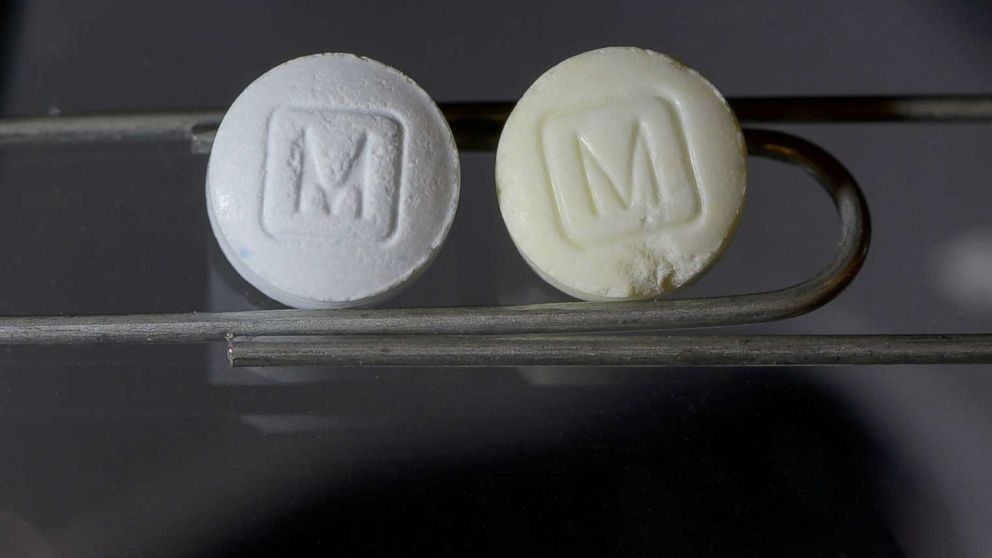