Cheval, formerly known as Hayley Paige, said she has been “wrestling with the grief” of not being able to design wedding dresses amid her legal battle with JLM Couture.

JLM Couture, Hayley Paige Bridal’s parent company, was granted a preliminary injunction against Cheval in March 2021 over her use of the @misshayleypaige social-media accounts.

Because of the ruling, Cheval decided to change her name in March 2021. She was referring to herself as “a girl you might know” on Instagram until she chose the perfect name, which she announced on Monday. Speaking to Insider ahead of the announcement, Cheval said that although it’s been painful not to use her birth name amid her legal battle, it has been more difficult for her that she cannot design wedding dresses, adding that she has been grieving what she feels like is her calling.

“And I realized that I felt like I was put on this earth to do something, and I’ve been stripped of my ability to do that,” she said, speaking of designing wedding dresses. “It’s so crushing because it feels like it’s meant to be.”

Cheval added: “I trained my whole life to do this and have my education on it. It’s the wrestling with the grief more than anything else. Not being able to use my name publicly to identify myself is something that is a scary concept. But not being able to do what I feel like I’m meant to do to connect with other people has been the biggest challenge.” According to court documents filed on July 25 and reviewed by Insider, Cheval is now allowed to work in the bridal industry or any other industry that competes with JLM Couture, as August 1 marked the expiration of her employment agreement with the company.

But according to the court documents, she cannot be “identified” as a designer or use her identity to promote the sales of a business in competition with JLM Couture until August 1, 2027, which would make it difficult for her to actually work in the bridal industry.

Cheval told Insider she was shocked by the ruling. “Up until about five days before August 1, when the ruling came through, I had been very mentally prepared to reenter bridal,” she said. “That is just something that was heart-wrenching and soul-crushing, and I felt blindsided. I did not prepare for the alternative in that sense.”

But Cheval said she is now in the process of pivoting to a new business venture that will not directly compete with JLM.

“I’ve always seen myself as an artist and as a creator,” she said. “This has given me a whole new excitement for other frontiers. I always thought that bridal was my linchpin, but really I have this opportunity to engage and captivate with even more women now.” WHO director “appalled” by inequity in COVID-19 vaccine distribution 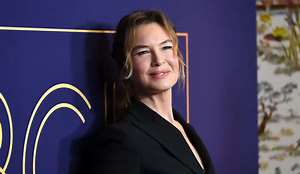 All the details on Taylor Swift’s “Red” ring collaboration