“Over-tourism” has long been a complaint of locals on the Hawaiian island that is among the world’s most popular getaways: congested roads, crowded beaches, packed restaurants.

But as the U.S. begins to emerge from the pandemic, Maui is reeling from some of the same strains seen on the mainland, like a shortage of hospitality workers. And its restaurants, still operating at limited capacity, are struggling to keep up.

Now, as cooped-up mainlanders return in droves, Maui officials are making an unusual plea to airlines: Please don’t bring so many people to our island.

“We don’t have the authority to say stop, but we are asking the powers to be to help us,” Mayor Michael Victorino said at a recent news conference.

Hawaii has had some of the nation’s most stringent coronavirus public health restrictions, and it’s the only state that hasn’t fully reopened, in part due to its remote location and limited hospitals. Also high on people’s minds is the memory of diseases that wiped out 80% of the Native Hawaiian population in the century after Europeans arrived.

The governor doesn’t plan on lifting all restrictions until 70% of the state’s population is vaccinated. As of Friday, 58% were.

Yet Hawaii has become an attractive destination as other states ease rules, particularly because some overseas travel is still restricted. And Maui is a favorite spot for vacationers from the U.S. mainland, where the pace of COVID-19 vaccinations has been robust.

The Hawaii Tourism Authority said 215,148 visitors came to the island in May compared to just 1,054 during the same month last year, when tourism all but shut down amid COVID-19 fears and Hawaii’s requirement that travelers quarantine upon arrival. That’s not far off May 2019, when 251,665 visitors arrived.

Even more are expected over the July 4 holiday weekend, with the Maui Visitors Bureau anticipating arrivals will at least equal 2019 levels.

Restaurants, which are operating at 50% capacity, are feeling the crunch.

“We’re under more pressure than we’ve been in pre-COVID, that’s for damn sure,” said Jack Starr, who manages Kimo’s in Lahaina, which has a reservation wait list almost two months out.

Eateries will be allowed to start filling 75% of their seats later this week, but Starr says the employee shortage and a 6-foot (2-meter) distancing requirement for tables leave their hands tied.

“Are you kidding me?” he said. “You got to take that down to 3 feet, and we might have something going here.”

At his news conference, the mayor also pointed to illegal parking along the famed Hana Highway, a two-lane country road that winds its way along Maui’s lush northern coast, with the ocean on one side and breathtaking valleys and waterfalls on the other. Tourists pull over to take pictures, blocking traffic and fueling worries about what would happen if a fire truck or ambulance couldn’t pass.

Maui’s main airport in Kahului is also overcrowded, and its emergency services are taxed, Victorino said.

“It’s the airlift that really drives all of this,” he said, using an airline industry term for transporting people and cargo. “Without airlift, people don’t come.”

Victorino said he has asked airlines to voluntarily limit seats to Maui, but declined to say which he spoke to. The companies are under no obligation to do as he asks, and it’s unclear if any would.

Hawaiian Airlines spokesman Alex Da Silva said that as “Hawaii’s hometown airline,” the company is conscious of the pressure the rebound in arrivals has put on infrastructure, natural resources and communities. But he also noted visitors are the engine of the state’s economic recovery.

He said Hawaiian Airlines looks forward to continuing to work with the mayor and other leaders to find solutions.

Alaska Airlines said it is operating an average of 10 daily flights to Maui from the U.S. West Coast, which is similar to summer 2019. The company said it understands residents’ concerns and recently met with the mayor and councilmembers to discuss how they can “work together on responsibly rebuilding Maui’s tourism industry and economy.”

Not everyone thinks curbing airline travel is the answer.

Mufi Hannemann, president of the Hawaii Lodging and Tourism Association, said he worries the mayor’s request sends a mixed message at a time when both the tourism industry and broader economy are clawing their way back.

“People are still unemployed. And businesses are still struggling,” he said.

Hannemann instead urged cracking down on illegal vacation rentals and controlling crowds through usage fees. Oahu has done the latter, for example, by charging visitors to a popular and environmentally fragile beach called Hanauma Bay.

Maui County Councilmember Kelly King said the problem is over-tourism. She pointed out that Maui’s community plan says the average daily census of travelers shouldn’t exceed 33% of its 150,000 residents. But right now that number is about 42% to 45%.

She said the mayor’s plea to airlines is a start, but she wants the county to enact a bill she sponsored that would impose a moratorium on new hotel construction in south and west Maui, the island’s biggest tourist districts.

King argued the pandemic underscored the risks of overly relying on tourism to power the economy, noting Maui’s 34% unemployment rate led the nation after travel screeched to a halt. It has since improved to 10.4% but is still far above the pre-pandemic level of 2.1%.

“The visitor — they are our No. 1 economic driver. They create jobs. So they’re very important to us. But people are saying we want to have a balance,” she said.

In the meantime, many businesses are laboring under stressful conditions, said Aman Kheiri of Lahaina’s Sea House Restaurant. 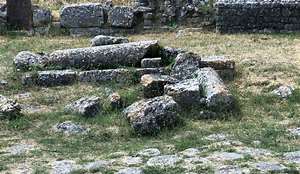