Adams is poised to become New York’s second Black mayor if he is elected in November’s general election over the Republican nominee, radio host Curtis Sliwa, because winning the primary in the heavily Democratic city is tantamount to winning the election.

The city’s Board of Elections released the second batch of data in its initial ranked-choice vote, which showed Adams leading Kathryn Garcia, the city’s former sanitation chief, by 8,426 votes — 50.5 percent to 49.5 percent.

During the campaign, Adams opposed the “defund the police” movement in a crowded field of candidates, which included several progressives pushing to reallocate funds from the police department to social service programs.

Voting ended June 22, but final numbers are not expected until next week — absentee voters whose ballots have been challenged or were tentatively disqualified because of technical or clerical errors still have until Friday to correct, or “cure,” them.

Adams had a strong lead in the initial in-person voting results, with 31.7 percent of the first-preference votes, compared to former mayoral counsel Maya Wiley’s 22.3 percent and former Sanitation Commissioner Kathryn Garcia’s 19.5 percent. The latest numbers, which are not official, show Wiley as having been eliminated.

Adams’ lead was chopped significantly last week after successive rounds of ranked-choice voting numbers were factored in. It was the city’s first foray into using ranked-choice voting, which allowed voters to rank up to five candidates by preference.

Those numbers had Adams leading Garcia by under 15,000 votes.

The shifting numbers came after an embarrassing flub by the Board of Elections, which released voting information that included 135,000 test ballots.

“The Board apologizes for the error and has taken immediate to ensure the most accurate up to date results are reported,” it said in a statement after the foul-up.

The Adams, Garcia and Wiley campaigns have all filed legal actions seeking the right to review the ranked-choice vote tally. Any manual recount would be expected to take weeks. 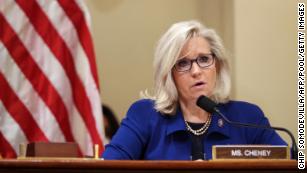