WASHINGTON — Bipartisan legislation aimed at preventing attempts to steal elections and another attack on the Capitol is sitting on the shelf, and as the clock ticks on the current Democratic-controlled Congress it remains unclear when a vote will take place, or what the proposals will ultimately look like.

“It’s something we’d like to get done. And we’re going to try to figure out the best way to get it done,” Senate Majority Leader Chuck Schumer, D-N.Y., told reporters this week.

There’s an urgency to act because Democrats — and some Republicans — worry that a possible GOP-controlled House, wary of triggering former President Donald Trump’s ire, would ignore the issue next year. But in the Senate, the growing expectation is that a vote will be punted into the lame duck session between the Nov. 8 midterm election and when the new Congress is seated on Jan. 3.

“I hope there’s going to be a vote soon,” said Sen. Mitt Romney, R-Utah, a member of the bipartisan group that developed the bills.

The momentum is there, and it has generated optimism. As with most pursuits in the current Congress, the key question is how far Republicans are willing to go, as their support is needed to gain 60 votes to defeat a guaranteed filibuster.

“Anything we can do to make sure that there’s less confusion, less controversy associated with our election processes would be helpful,” said Sen. John Cornyn, R-Texas, a close ally of Senate Minority Leader Mitch McConnell, R-Ky., who has praised the effort. “I have a lot of confidence in Sen. [Susan] Collins and the process they’ve gone through, and I’m favorably inclined, but I have not read it yet,”Cornyn said.

One reason for the delay is the calendar. Congress is racing to avert a government shutdown before Sept. 30, when the current fiscal year ends. That’s when leaders of both parties expect to adjourn so members can go home and campaign in their districts. And Schumer has also guaranteed a vote on legislation to protect same-sex marriage, which could further eat up time and cause a contentious debate.

The second reason is that the proposals aren’t ready for prime time. Senate Rules Committee Chair Amy Klobuchar, D-Minn., indicated at a recent hearing that she wants changes, which are still being negotiated. Her committee is likely to mark up the bills before a full Senate vote.

“We must update the antiquated Electoral Count Act to ensure that electoral votes for president accurately reflect the election results in each state and to improve the process for counting electoral votes in Congress,” Klobuchar told NBC News in a statement. “Last month, Senator Blunt and I held a very constructive, bipartisan hearing in the Rules Committee on the need for reform where we heard consensus that there are some improvements that could further strengthen the bill. I am working with Senator Blunt and the bipartisan group to reach an agreement on implementing those changes and continuing to advance this legislation.”

And any proposal would need support from the House to become law, but the Jan. 6 select committee has yet to wrap up its investigation and offer legislative recommendations of its own.

That leaves the lame duck session. The Senate working group, led by Sens. Susan Collins, R-Maine, and Joe Manchin, D-W.Va., broke the bills into two because one of them was seen as more likely to gain the requisite Republican support to pass.

What’s in the bills, and do they have the votes?

The Electoral Count Reform and Presidential Transition Improvement Act would clarify the 1887 law to limit the vice president’s role to counting votes, raise the threshold to object to certain electors, beef up laws around certifying elections for the rightful winner and promote an orderly presidential transition. It recently landed its 10th GOP sponsor in Sen. Chuck Grassley of Iowa, giving it enough support to overcome a filibuster if Democrats unify.

“I’m happy to take a look at that but I haven’t looked at their specific piece of legislation,” Sen. Ron Johnson, R-Wis., a Trump ally who’s locked in a tough race for re-election, said in an interview. “I support looking at that law and fixing it.”

The second bill is the Enhanced Election Security and Protection Act, which would establish new rules for protecting electronic records and toughen penalties for intimidating poll workers or officials. There is some pessimism that it won’t have the 60 votes needed to break a filibuster, as some Republicans, including Sen. Ben Sasse of Nebraska and Sen. Lindsey Graham of south Carolina, have endorsed the first bill but not the second.

“I’m not generally in favor of the federal government being involved in the elections that should be run by the states,” Johnson said, arguing that it’s better to have “individual states be responsible for their elections.”

But some in the bipartisan working group, including Sen. Thom Tillis, R-N.C., have hope that both bills can secure the 60 votes needed to pass, even if it’s a different set of Republicans who ultimately get each piece of legislation across the finish line.

“It may be different coalitions, so it’s not necessarily the same vote count and the same number … but it could be there’s some overlap,” Tillis told NBC News.

Sen. Ben Cardin, D-Md., agreed with Tillis, though he said that Congress must give priority to the Electoral Count Act.

“I think we have support for both bills but the Electoral Count Act is by far the priority focus at this point. It’s a complete package. The other is important, but there are some issues that could be run into,” Cardin said in an interview.

“It’s going to take cooperation, and I think we’re looking for an opportunity to get it done before the election but more likely I’d say lame duck, but I am optimistic we’ll get it done.”

Many Republicans are expected to oppose the package, wary of alienating Trump supporters who might see it as a jab at the former president.

Even after they fled from rioters on Jan. 6, Trump allies in the Senate said they weren’t too concerned about future elections and didn’t see a need for any changes to the nation’s archaic laws.

Sen. Kevin Cramer, R-N.D., argued that Congress did eventually certify President Joe Biden’s election victory — albeit after a deadly attack on the Capitol that delayed the proceedings for many hours.

“Well, I’m not really sure that states need federal intervention now,” Cramer said. “God gave us the Ten Commandments and the founders gave us the Constitution. We’ve been trying to improve on it with hundreds and thousands and millions of bills and we haven’t done much to make it better.

“I think the constitutional traditions have been pretty darn good, including in the most recent presidential election — they’ve performed the way they were supposed to perform,” Cramer added. “And so I hate tinkering too much with the Constitution.” 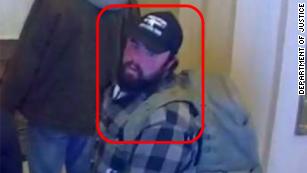