WASHINGTON – One week after a 12-story condo building collapsed near Miami, Florida, President Joe Biden praised how the United States has come together to deal with the disaster while also grieving with families who still have loved ones missing.

“They’re going through hell,” Biden said of the families he met with who, either escaped the building or still have loved ones missing. “Jill and I wanted them to know that we’re with them. That the country is with them. Our message today is that we’re here for you, as one nation.”

The visit came as rescue efforts were halted early Thursday due to concerns over the stability of a condo section still standing a week after the building collapsed outside Miami. Rescue efforts restarted Thursday evening. Eighteen people are dead and dozens are missing as a result of the collapse. During Biden’s visit, he announced several efforts the federal government is making to help the community of Surfside, Florida, where the collapsed condo building is located.

Biden announced that the federal government is covering 100% of the costs to the county and state for the first 30 days of the building collapse search and rescue operation. He noted that the Federal Emergency Management Agency will also provide temporary housing for survivors. In addition, he said he ordered the State Department to expedite visas for family members from other countries who had loved ones in the condo.

Biden noted that families are “realistic” about the status of their family members.

“I think they’re very realistic,” about recovery efforts, Biden said. “But I don’t think that in any way suggests that we should stop. We should move on, continue to try to recover the bodies.”

Throughout his trip, he highlighted how the local, state and federal government has worked “in tandem” to address the disaster, putting aside politics.

“I think my colleagues will tell you we cut through the bureaucracy,” Biden said during remarks after meeting with families. “The one order I gave the federal folks was no bureaucracy, just cut through and get to whatever they need.”

In an unannounced stop, Biden and the First Lady prayed at a memorial wall for missing family members. The First Lady laid a bouquet of white roses. The two held hands as they prayed, as Biden held his head down. The president made a sign of the cross before turning away and walking back to the motorcade.

In remarks ahead of a roundtable with officials, Levine Cava said the collaboration among local, state and federal government is bringing hope to the community.

“This is an unprecedented, devastating disaster unlike anyone has ever seen,” Levine Cava said. “It’s shocked the world, and the fact that we’ve all come together is what gives us hope, is what gives us strength and inspiration.”

DeSantis in his remarks noted that there has been “no bureaucracy,” when working with the federal government, saying “we’re literally getting requests routed from local to state to federal in no time and the approvals happening.”

“There will be no bureaucracy,” Biden responded.

What we know:Bodies of two children, ages 4 and 10, found in rubble of collapsed building; death toll rises to 18

Biden’s briefing came after Levine Cava announced in a news conference Thursday morning that search-and-rescue operations have been halted because of structural concerns with the building.

Biden, with the first lady by his side, met with roughly 50 first responders in a ballroom at the St. Regis following the roundtable meeting.

He went on to shake hands with the battalion chief leading the response, which was met with applause.

Biden also met with family members of those who lived in the condo for the next couple of hours. That meeting was closed to the press. During his meeting with families whose loved ones have died or are still missing, Biden gave brief remarks, followed by other local and state officials, including DeSantis and Levine Cava, according to the pool report. Biden stayed in the meeting until everyone had a chance to speak with him.

DeSantis and Biden put politics aside

With his palm laid over DeSantis’ hands, Biden praised the bipartisanship of the federal, state and local governments throughout the tragedy.

“You know what’s good about this?” Biden said. “It lets the nation know we can cooperate. That’s really important.”

DeSantis, a vocal supporter of former President Donald Trump, thanked Biden for recognizing “the severity of this tragedy from day one.”

“You’ve been a steady, calming, reassuring but forceful voice every step of the way and it’s been a pleasure to partner with you,” Levine Cava told DeSantis.

Biden during his remarks also promised more federal help, saying that he believes the federal government has the power to cover 100% of the costs to the county and state for the first 30 days of the building collapse search and rescue operation.

Getting to the bottom of it’

“Certainly we want to play any constructive role we can play with federal resources in getting to the bottom of it and preventing it from happening in the future,” she said.

The National Institute of Standards and Technology sent a team of scientists and engineers to gather information that will be used to determine if a full investigation will be conducted, Psaki said Tuesday.

More than 50 federal personnel are on the ground, including building science experts, structural engineers and geotechnical experts, according to Psaki.

The National Institute of Standards and Technology announced Wednesday evening that there will be a full investigation into the partial collapse of the Champlain Towers South building, White House spokeswoman Karine Jean-Pierre told reporters Thursday.

Throughout the campaign trail and into his presidency, Biden has often shared his personal tragedies with America, which is in a pandemic that has left more than 600,000 dead. In 1972, Neilia Hunter Biden, Biden’s wife, and 1-year-old daughter, Naomi, were killed in a car accident. Beau, Biden’s oldest son, died of brain cancer in 2015.

Biden has often used his story to empathize with those who have lost friends and family members throughout the pandemic. In April, the president visited Atlanta just days after a shooting rampage left eight dead, six of whom were women of Asian descent. While Biden at the time used the moment to condemn racism against Asian Americans, which has been on the rise amid the Covid-19 pandemic, he also gave advice to families who were grieving.

“The day will come when their memory brings a smile to your lips before it brings a tear to your eye, as unbelievable as that is now,” he said in Atlanta in April. “It will take a while, but I promise you it will come, and when it does, that’s the day you know you’re going to make it.”

Barbara A. Perry, director of presidential studies at the University of Virginia’s Miller Center, said that presidents visiting the site of a tragedy often feels like a “member of our family” who is “coming to us to help us grieve and to give us comfort.”

Perry noted that Biden’s own biography has shown Americans that “there is empathy in him because of what he suffered.”

The Biden administration has sent resources to the state following the deadly collapse.

‘It spreads like wildfire’: Fauci and surgeon general point to COVID misinformation online 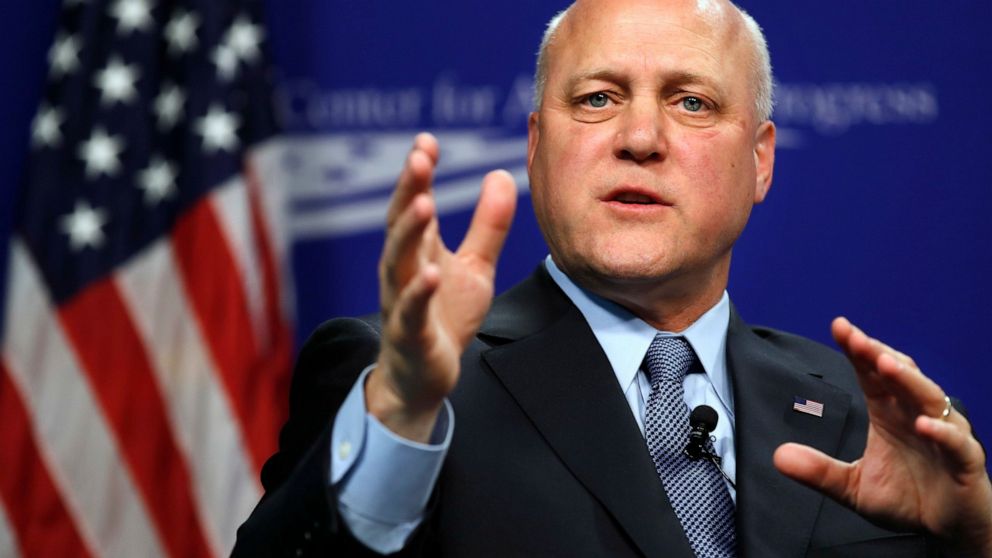