After a one-year hiatus due to the pandemic, the Major League Baseball All-Star Game returns at Coors Field in Denver on July 13.

On Thursday, the league announced the winners of fan voting, those selected to the starting lineups for the American and National League.

Mike Trout was the leading vote-getter among AL outfielders despite being out since May and he won’t be playing in the Midsummer Classic.

The full rosters will be announced on Sunday, July 4.

After missing the 2019 season while recovering from Tommy John surgery, Perez is back in the AL’s starting lineup.. The 31-year-old catcher is batting .279 with a .510 slugging percentage and has 19 home runs.

In the third year of his career, Guerrero Jr. is making a run at the Triple Crown.

Semien signed a one-year, $18 million contract with the Blue Jays this winter and moved from shortstop to second base with his new team. The 30-year-old made a strong case for the starting nod, batting .291 with a slugging percentage of .548 and 20 home runs.

Bogaerts has been among the AL batting leaders, hitting .330 with a career-high .942 OPS in 76 games.

Though Trout has been sidelined since mid-May with a left calf strain, he was still the leading vote-getter among AL outfielders. In 36 games played, Trout had eight home runs with a .333 average

After winning a Silver Slugger award in 2020, Hernandez has continued to produce, batting .298 with 47 RBI in 59 games.

Ohtani has taken baseball by storm as a two-way player and has been among baseball’s home run leaders.

Freeman, the reigning NL MVP, is batting .261 with 17 homers this season as he enters the final year of his contract.

Despite the Pirates sitting near the bottom of the NL, Frazier has been a bright spot for the club. He is second in the league in hits (100) and doubles (24) and sixth in batting average (.327) entering Thursday’s game.

Arenado is picking up where he left off in Colorado and making an impression during his first season in a Cardinals’ jersey. His .267 average leads the team, and he’s also the stat leader for RBI (52), doubles (24) and home runs (16).

Winker has a career-high .325/.404/.596 slash line in addition to 19 home runs and 48 RBI. He’s appearing in his first All-Star Game after making his MLB debut four years ago. Winker also has two three-homer games this season, making him the first Cincinnati player to do so. 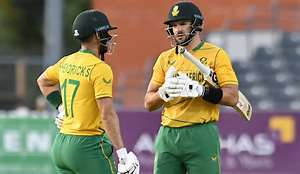