New Delhi: The FIFA World Cup 2022 in Qatar is just 6 months away and football fans from all around the world, specially in Asia are once again excited to witness the game’s best ballers at the grandest stage. 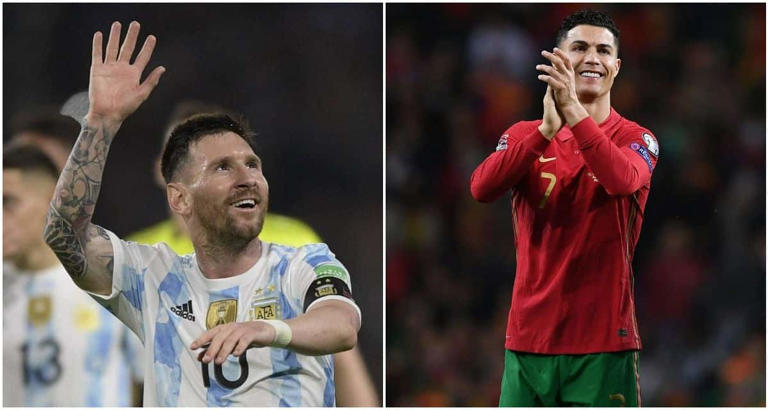 © Debayan BhattacharyaBoth Messi and Ronaldo are more than capable of changing the course of the game even at their mid 30s. (Image: Twitter)

But this World Cup will be a bit different from those of the other editions as football’s two greatest ever gifts- Argentina’s Lionel Messi and Portugal’s Cristiano Ronaldo will be competing for possibly the last time ever at the greatest show on planet Earth.

It will be an emotional send-off for both the great men as an era full of heated rivalry, 1000+ goals, innumerable accolades will come to a glorious end as two of the longest serving footballers of the current generation prepare to bid adieu to the biggest showpiece event.

Even if they don’t win the World Cup, their legacy will forever be etched in the prized memories of all the football fanatics.

But now the questions arise, how will both Argentina and Portugal fair in the 22nd edition of the World Cup ? How many goals will Messi and Ronaldo score ? Do they have the firepower in their artillery to clinch the greatest prize of the game ?

People will have different opinions but let’s take a look at the statistical viewpoint of both the Selecao and the La Albiceleste.

Argentina are on a dream run for the last 3 years as they are on a 31-match winning streak in international football. They lost a competitive match way back in 2019 on the hands of Brazil in Copa America semi-final. Lionel Messi has been surprisingly poor at his new club with PSG. But with Argentina he has led his side to a first international trophy in 28 years, finishing as the top scorer and the best player in Copa America 2021. This Argentina team is full of confidence and has evolved with time and with blend of youngsters and experienced players, the South Americans will be a tough nut to crack during the World Cup.

On the other hand, the Portugese side is always a better team comparatively on paper. But we all know that games are not won on paper. Portugal in the World Cup qualifiers had a bumpy ride and they had to go through the play-offs to book a ticket for Qatar. Despite having good team players, the 2016 European champions failed to tune their chemistry and it was all Ronaldo who from difficult situations bailed his team out from harm’s way over and over again. In order to be a serious contender, Portugal need to emulate their 2016 heroics. If they manage to tick the right boxes, the Europeans might go all the way.

Individually speaking both are more than capable of changing the course of the game even at their mid 30s. But when it comes to goal-scoring, Ronaldo would be a bit ahead of his rival when the World Cup commences. CR7 is ageing like a fine wine and there is literally no one like him presently who has the scoring dexterity like the 37-year old. The Manchester United forward will have a tricky group in Uruguay, Ghana and Asian giants South Korea. On the flipside, Messi will be more of a dictator during the course of play. He will feed in towards all directions and when the opportunity comes he will quickly cut-inside the box, maybe play a little one-two with his nearest partner and then bang in a trademark goal beyond the reach of the keeper. Argentina will have Robert Lewandowski’s Poland along with Saudi Arabia and familiar foes in Mexico in their group. People might opine that Messi’s group is easy but at the grandest stage we have seen big upsets and won’t be surprised if a certain Saudi Arabia go onto beat either Poland or Argentina. When it’s 11 vs 11, it’s anybody’s game.

What do you think ? Will either of the great footballers lift the World Cup in Qatar ?

China used to be the great exporter of Olympic talent. The Beijing Winter Games show… Do you want the Steelers to make the playoffs? 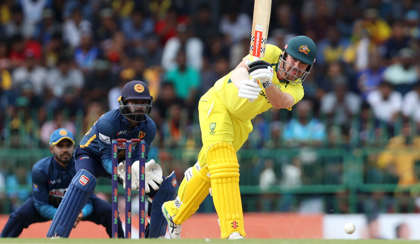