Daniel Ricciardo might harbour hopes of replacing Lewis Hamilton at Mercedes if he becomes the reserve driver for the Silver Arrows. The Australian will be a free agent at the end of the 2022 campaign, and is reportedly in talks to join Mercedes as back-up to Hamilton and George Russell.

If Hamilton retires when his contract ends in 2024, Ricciardo could be in line to replace the Briton. But he will have plenty of competition from some highly-rated Formula One talent. Express Sport looks at Mercedes’ alternative options if Hamilton departs at the end of 2023.

F1 fans will be very familiar with Dutchman Nyck de Vries despite the 27-year-old never holding a permanent seat in the category. This weekend, De Vries will drive in the first practice session for the third time this season.

He replaced Hamilton for FP1 at the French Grand Prix in July. De Vries also stepped in for Alex Albon’s Williams seat for practice at the Spanish GP.

Aston Martin will also allow De Vries to drive for them instead of Sebastian Vettel at Monza on Friday. He could be considered by Mercedes when Hamilton eventually moves on.

JUST IN: Fernando Alonso wants to be in James Bond after joining Aston Martin 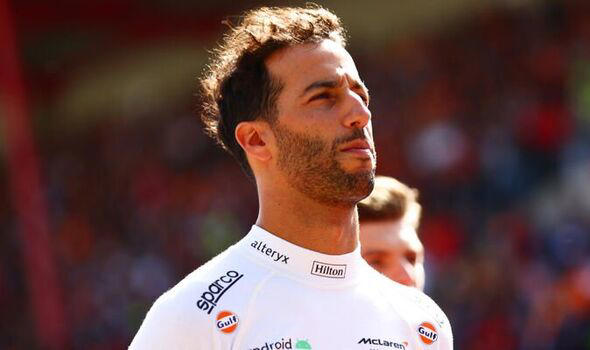 The son of the legendary former racer Michael Schumacher, Mick Schumacher could be an apt replacement for Hamilton. Schumacher Snr came out of retirement for a couple of years to ride for Mercedes.

Schumacher Jnr has enjoyed a successful start to his F1 career and is a good driver in his own right. The 23-year-old is 15th in the 2022 world drivers’ Championship leaderboard with 12 points.

Mercedes might choose Schumacher over the 33-year-old Ricciardo as a more long-term option.

Lewis Hamilton can get Max Verstappen revenge with ‘grid penalty’

Ricciardo ‘in discussions with Mercedes’ and could replace Hamilton 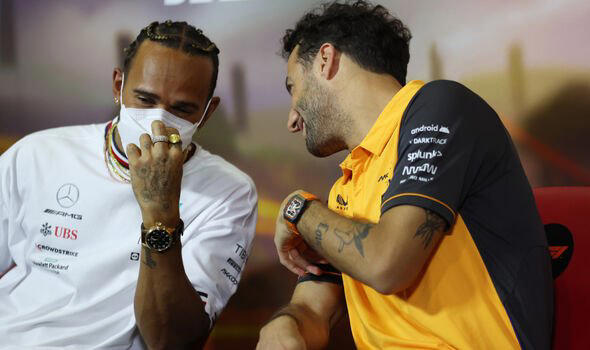 A driver partnership of Russell and Lando Norris could be the dream for Mercedes. It would also be another opportunity for Norris to put a dent in Ricciardo’s F1 career.

Norris’ form with McLaren has largely pushed Ricciardo out of the door. The 22-year-old has also hinted that he has little sympathy for the Australian over his premature departure.

By signing Norris, Mercedes would have two of the most highly-rated drivers in the sport.

Frenchman Esteban Ocon has quietly gone about his business with Alpine. He sits eighth in the world championship leaderboard following an impressive half-season.

The 25-year-old would be an excellent back-up to Russell if Mercedes want to make the young Brit their star driver. Ocon has consistently performed well in Grands Prix and would ensure the SIlver Arrows pick up points while allowing Russell to thrive. Australia could play Maxwell at No. 8 in second Test Shami told Mohsin that he is better than him, says coach