Amuch-changed Arsenal side kickstarted their Europa League campaign with a victory over FC Zurich in Switzerland on Thursday evening,

Mikel Arteta rotated his starting XI in a bid to keep them fresh for the weekend’s visit of Everton in the Premier League, though that game now looks set to be postponed following the death of Queen Elizabeth II, which was announced right before half-time.

The Gunners went into the break tied with the Swiss champions after Marquinhos’ first goal on his full debut for the side was cancelled out by Mirlind Kryeziu’s spot-kick as Eddie Nketiah fouled Ola Selnaes inside the penalty box.

He made amends soon after the break, however, heading in at the far post as the young Brazilian turned provider. Arsenal sit atop of Group A after PSV Eindhoven, who they play next week, drew with Bodo/Glimt.

It was quite the night for Marquinhos, who was making his first-ever competitive start for the north London giants, and it’s fair to say he announced himself on the European stage in a familiar fashion to his teammate, Bukayo Saka.

The England sensation was handed his first full home debut in this very competition, featuring against Qarabag back in December 2018, then in September, during the following season, he bagged his first-ever goal and also two assists in a 3-0 win over Eintracht Frankfurt, also in the Europa League.

It seems as if the former Sao Paulo gem is following in his footsteps with an eye-catching display against Zurich, where he also created as many as four chances, which was more than fellow full debutant Fabio Vieira, though not as much as the five that Granit Xhaka managed from a deep-lying midfield role.

The 5 foot 9 dynamo also provided three accurate long balls from four attempts (75%), registered a successful dribble and even put in two interceptions to thwart the home side, as per SofaScore.

Marquinhos’ fine display saw him earn the ‘Star Man’ title from Simon Collings of the Evening Standard, who wrote: ‘Enjoyed a dream debut as he got on the scoresheet with a well-taken goal from a slick move. Looked sharp all game and setup Nketiah’s goal with a great cross.’

Meanwhile, journalist Josh Bunting was equally impressed by the wide man, claiming that he “showed real heart and desire with his movement” and that he was “aggressive and astute.”

So forget Vieira or Nketiah, it was Marquinhos’ night over in Switzerland as he announced himself to the Gunners faithful with an excellent goal and assist.

It’s no wonder Arsenal didn’t sign another winger in the transfer market. 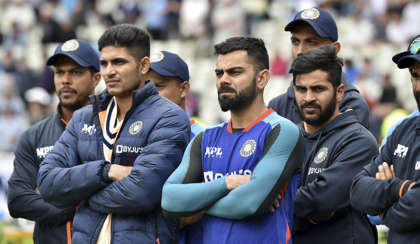