With Duane Brown injured, the Jets’ lack of depth on the offensive line may be exposed on Sunday in Week 1 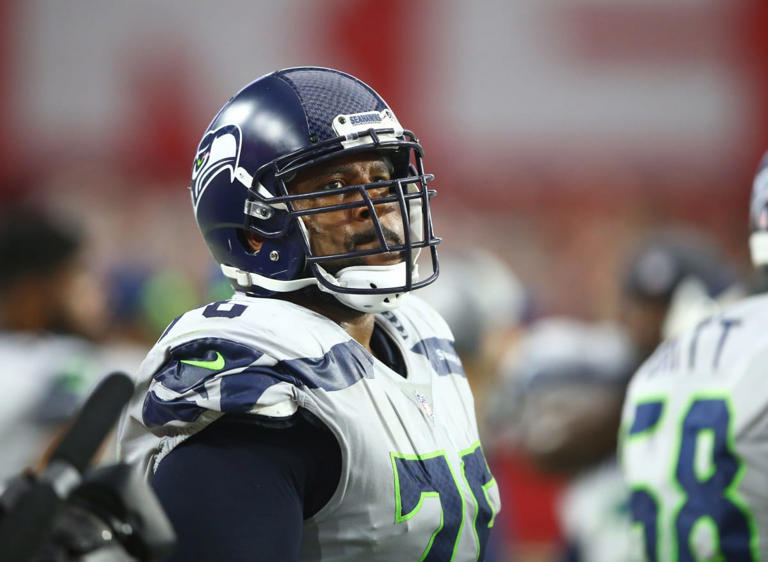 Just a few days before opening the 2022 season, with a Week 1 matchup against the Baltimore Ravens looming, the Jets are dealing with another injury crisis on their offensive line.

When Mekhi Becton went down with a season-ending knee injury in training camp, New York solved the problem by signing veteran Duane Brown. Now, Brown is hurt, in danger of missing Sunday’s opener with a shoulder injury. George Fant popped up on the first injury report of the season as well, limited in practice with a knee injury.

It’s possible that Brown’s injury is minor and only keeps him sidelined for a brief period. He hasn’t even been ruled out for Week 1 yet. Still, Brown’s presence on New York’s injury report is enough to bring the focus back to this team’s lack of starter-quality depth on the offensive line.

If Brown can’t play, either Conor McDermott or Max Mitchell will likely start in his place. McDermott was recently re-signed but he’s only made six starts in his career. Not to mention the fact that he missed time with an ankle injury recently (and has been limited in practice this week). Mitchell, a fourth-round pick earlier this spring, has yet to line up for his first NFL snap.

The Jets could’ve avoided this situation by bringing in another experienced and effective tackle at some point over the last few months. That’s not to say the Jets didn’t invest in their O-line this offseason—New York signed guard Laken Tomlinson—but they failed to address the second unit.

Think about it this way. The Jets didn’t sign Brown until Becton got hurt. If Becton was healthy, they still wouldn’t have had a Morgan Moses-type presence like they did last year, an asset capable of stepping in when a starter goes down with an injury.

New York might dodge a bullet here, getting Brown back soon, but they’ll need to live with the repercussions of that decision if the veteran ends up missing an extended period.

Offensive coordinator Mike LaFleur was asked about the offensive line—and how injuries have kept the starting unit from working together leading up to Week 1—on Thursday. He said that it’s a concern, granted coaches are concerned about everything.

“Am I concerned about the continuity? No,” LaFleur told reporters. “Is it the most ideal situation? No. You want them to be playing from the first snap of OTAs to training camp, that’s not the cards we were dealt and that is what it is. … The cool part about this offensive line is they played a lot of football games on Sunday’s and there’s no practice that can get you to that moment, it’s just that experience and that preparation that those guys have gone through that you feel confident in them.”