The legendary Marv Albert called the final game of his 55-year career on Saturday night.

Albert, who served as the play-by-play broadcaster for TNT, announced in May that he had plans to retire once the Eastern Conference Finals were over. On Saturday night, the Bucks defeated the Hawks in Game 6 to wrap up the series and set up a Milwaukee-Phoenix NBA Finals, which will begin on Tuesday.

“With tonight’s game winding down, I’m thinking ‘Well, this is it. My last broadcast.’ And all that’s going through my mind is I have been so fortunate to be doing this for 55 years. Doing what I love, having a front-row seat for so many of the iconic moments of sports history,” Albert said at the conclusion of the game.

Albert continued: “Doing it throughout the years with people who are at the top of their game, brilliant at their craft – Reggie [Miller], it’s such a pleasure working with you. You’re a Hall of Famer as a player, as a broadcaster and as a person. Our gifted people in the truck, producer Tom Heitz and director Andrew Greathouse, statistician Brian Taylor, production crew, our fantastic camera people. Love to mention all the names, but time does not allow.

“I wish I were starting all over again. It has been such a joy. So for the last time, thanks so much for watching. I’m Marv Albert, saying ‘Thank you, and good night.'”

Albert was the voice of the New York Knicks and nationally televised NBA games for most of his career. He also did commentary for football, hockey, boxing, horse racing and tennis.

The 80-year-old Albert took part in an interview with “Inside the NBA” after the Bucks-Hawks game, and he talked about what he was going to do during retirement, including spending time with his wife, Heather, as well as their four children, eight grandchildren and two dogs.

“I don’t think I’ll have any problem filling the time, although once October and November roll around, I’m sure I will miss the fact that I’m not getting ready to call games,” Albert said.

‘Need to do Something Different’: Aakash Chopra Highlights Major Concern For MI Ahead of RR…

PVL: So many quality Indian youngsters in this league, all big prospect for future, says… 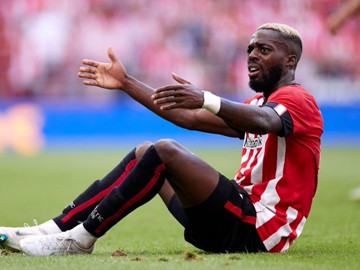 Umesh Yadav: ‘I need to prove to myself that I still have the ability’