With the investigation into the allegations of rampant sexual misconduct within the Washington football team organization complete, the NFL has fined the franchise $10 million, the league announced on Thursday.

The investigation, conducted by independent counsel Beth Wilkinson, spanned roughly a year and included interviews with more than 150 people, many of them current or former employees of the team who received anonymity in exchange for their testimony. Washington owner Daniel Snyder also was interviewed.

“Based on Wilkinson’s review, the Commissioner concluded that for many years the workplace environment at the Washington Football Team, both generally and particularly for women, was highly unprofessional,” the league said in a statement Thursday. “Bullying and intimidation frequently took place and many described the culture as one of fear, and numerous female employees reported having experienced sexual harassment and a general lack of respect in the workplace.

“Ownership and senior management paid little or no attention to these issues. In some instances, senior executives engaged in inappropriate conduct themselves, including use of demeaning language and public embarrassment.”

The $10 million will be donated to “organizations committed to character education, anti-bullying, healthy relationships and related topics,” the NFL said, as well as “programs directed more broadly at improving the workplace, particularly for women and other underrepresented groups.”

The reports detailed incidents in which cheerleaders were secretly video taped in various stages of undress, and other female employees were subjected to sexual advancements and lewd comments from team employees.

Snyder claimed ignorance and blamed himself for being too hands off in his leader ship of the team. He initially enlisted the services of Wilkinson to conduct an extensive investigation in July 2020 and then turned the oversight of that investigation over to the NFL.

Earlier this week, Washington announced Snyder had named his wife Tanya Snyder co-CEO. On Thursday, the team and the NFL announced Tanya Snyder would be the face of the organization moving forward.

“As co-CEO, Tanya Snyder will assume responsibilities for all day-to-day team operations and represent the club at all league meetings and other league activities for at least the next several months,” the league said in its release.

Get the 4th and Monday newsletter in your inbox.

Daniel Snyder, who said he will now focus on a plan for a new stadium, released a subsequent statement saying that he agreed with the decision of the NFL.

“I have learned a lot in the past few months about how my club operated, and the kind of workplace that we had. It is now clear that the culture was not what it should be, but I did not realize the extent of the problems, or my role in allowing that culture to develop and continue,” Snyder said. “I know that as the owner, I am ultimately responsible for the workplace. I have said that and I say it again.”

Attorneys Lisa Banks and Debra Katz, who represented 40 former Washington Football Team employees, took issue with both the ruling and process of the investigation, including the decision not to have Wilkinson issue a written report.

“In response to a year-long investigation in which more than 100 witnesses were interviewed, and which we believe substantiated our clients’ allegations of pervasive harassment, misogyny and abuse at the Washington Football Team, the NFL has chosen to protect owner Dan Snyder,” Banks and Katz said in a statment. Ignoring our requests that it make the report prepared by Beth Wilkinson public, the NFL has chosen instead to receive only an oral report of the findings and to fine owner Dan Snyder what amount to pocket change.

“This is truly outrageous, and is a slap in the face to hundreds of women and former employees who came forward in good faith and at great personal risk to report a culture of abuse at all levels of the Team, including by Snyder himself. The NFL has effectively told survivors in this country and around the world that it does not care about them or credit their experiences. Female fans, and fans of goodwill everywhere, take note.” Border-Gavaskar Trophy: 3 things to look out for in documentary on India’s epic Test series… 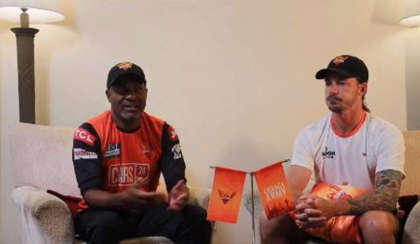 Titans to be minus multiple starters versus the Steelers