Manchester City’s stunning late comeback to defeat Aston Villa and lift the Premier League title on the final day of the 2021/22 season will always be remembered as one of the most dramatic in English top-flight history.

Heading into the contest at the Etihad Stadium, Pep Guardiola’s side knew that victory would guarantee them a fourth Premier League crown in five seasons at the expense of title rivals Liverpool.

The Reds needed a favour from their former captain (and Villa boss) Steven Gerrard to keep their hopes of Premier League glory alive – and, for a fair portion of the afternoon, it looked like they might actually get it.

After entering an uncharacteristically flat performance in the opening period, City trailed at the break thanks to a Matty Cash goal for the visitors.

With the Premier League title his side had fought all season for potentially slipping away, Guardiola knew he was about to give one of the most important half-time team talks of his entire career.

Footage of that team talk has now emerged courtesy of the latest episode of City’s ‘Together: Champions Again’ documentary and there’s no doubt that Guardiola absolutely nailed the perfect motivational speech. 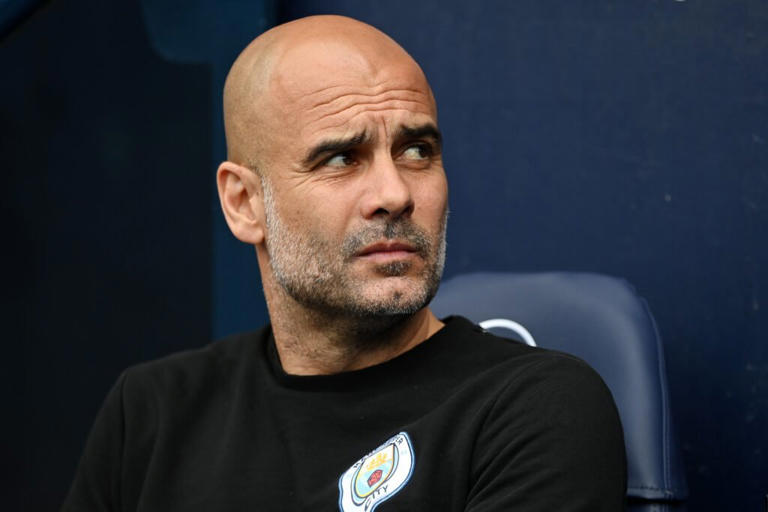 MANCHESTER, ENGLAND – MAY 22: Pep Guardiola, Manager of Manchester City looks on prior to the Premier League match between Manchester City and Aston Villa at Etihad Stadium on May 22, 2022 in Manchester, England. (Photo by Shaun Botterill/Getty Images)© Provided by Give Me Sport

“We’re going to go for it. Okay, guys?” Guardiola insisted as he stood before his dejected-looking players.

“It’s impossible to think about the consequences if we don’t win. It’s normal. It’s normal. But you have to be positive until the end.

“We need one goal. Then we will have the momentum and we will do it. I know you feel the pressure in the danger. It’s normal.

Premier League recap quiz: How well do you remember the 2021/22 season?

“I know we are going to win it, but you have to handle in here [the mind] in a positive way.

“Find the quality, guys! You have enough. Okay? Allez,” a pumped-up Guardiola concluded, before clapping his hands and heading back towards pitchside.

You can check out Pep’s speech for yourself below.

Guardiola’s enthusiastic address did not initially look as though it would have the desired effect, especially when Philippe Coutinho doubled Villa’s advantage with just 21 minutes remaining.

One man who had definitely took notice of Pep’s words was City substitute Ilkay Gundogan.

The German midfielder started the most unlikely of comebacks in the 76th minute, finding the net with a far-post header.

Within two minutes, City were level as Rodri drove a low shot past Robin Olsen. The Etihad erupted, but the home faithful would get even louder moments later.

Completing a fairytale five minutes for City, Gundogan popped up once again at the back-post to give Guardiola’s men a 3-2 victory. 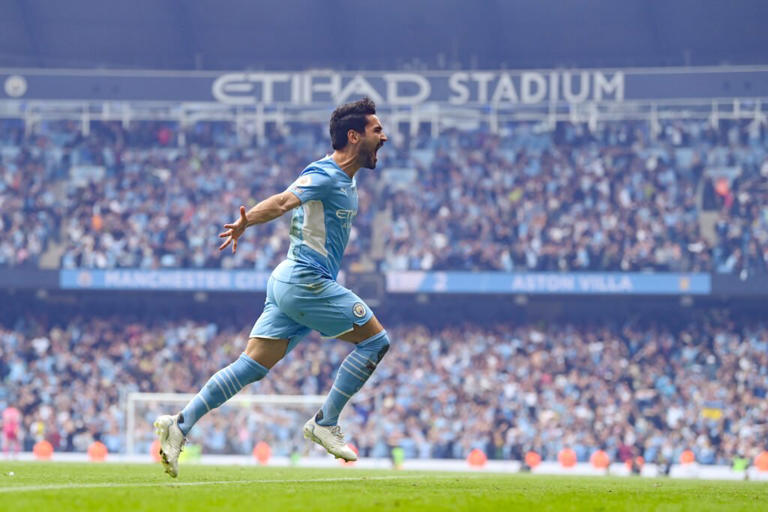 MANCHESTER, ENGLAND – MAY 22: Ilkay Guendogan of Manchester City celebrates after scoring their team’s third goal during the Premier League match between Manchester City and Aston Villa at Etihad Stadium on May 22, 2022 in Manchester, England. (Photo by Michael Regan/Getty Images)© Provided by Give Me Sport

Given that Liverpool eventually managed to overcome Wolves in their final match of the season at Anfield, City would have surrendered their Premier League crown had they not managed to take all three points from the Villa clash.

The scale of City’s achievement hit Guardiola when the final whistle was blown. He burst into tears at the conclusion of the match – a show of emotion rarely seen from him on the touchline.

Whether you’re a fan of the City boss or not, it’s impossible to deny his passion for the game.

His advice to his players in this instance was so spot on that it’s almost as though he was looking into a crystal ball. Incredible stuff!

Albot, the lone ranger from Moldova ‘Mithali Raj Said She Had Been Kept in The Dark’