Apart from being Spanish and involved in football, the other major thing I have in common with Rafael Benitez is that our first experience of England came when we arrived in the wonderful city of Liverpool.

I lived there for about a decade, the Benitez family on and off for a lot longer, after moving from Valencia back in 2004.

Like them, I felt from the start that sense of community that touches everything that crosses its path, whether it be the impoverished student I was then, or the league-winning manager who arrived from Valencia. It is a community that cares passionately for its own but also looks out for those who come in from outside.

Despite a post-Liverpool career that has taken Benitez to Italy, Spain, back to England and then to China, the family home remains in Merseyside.

He is now back in a professional capacity, only this time to the blue footballing side. It has not been a signing met with wholesale approval from Everton fans, although it was a ‘no-brainer’ for club owner Farhad Moshiri and his chief associate Alisher Usmanov.

Liverpool – the city – was where Benitez returned after leaving Chinese club Dalian Professional in January, despite being offered a further two-year contract that was bringing in 12m euros (£10.3m) a year net.

He wanted to be close to his family in the middle of a pandemic. He also felt the job in China was going in circles, and the conditions under which the team played in the Chinese league made it practically impossible for him to improve them and compete for the title. But mostly he left because he wanted to be back home – in Liverpool.

The pandemic has taken away two close friends of the family, including his personal lawyer and adviser for almost two decades, Richard Green, who was key in his move from Valencia. Moments like this are hard to deal with, but made easier by being close to both the Green family and his own.

Once in the UK, he realised he needed to get back into the market – not surprising for a man with a CV that includes 13 trophies, including one Champions League and two La Ligas. He had offers, and was contacted twice by Napoli, but held on in the hope of something in England.

The wait paid off, and while Benitez’s love of Liverpool and its people is not defined by a tribal club divide, it is understandable that some might disagree with his appointment at Everton.

Fifteen years ago, he made the mistake of referring to the Toffees as “a small club”, although it was a phrase that was somewhat lost in translation. He misused a Spanish expression that refers to a “small team” when they do not want the ball, defend in their own box and kick the ball away. It was not something meant in a disrespectful way towards the club, but about their style. But, quite understandably, it has stuck in the mind of fans.

But whatever anyone might feel about the rights and wrongs of the appointment, what cannot be denied is the enormous contribution he and his family have made to the people of Merseyside.

Back in 2011, his wife set up the Montse Benitez Foundation, which aimed to help raise money for local charities with annual funding of less than £15,000. It has helped Evertonians, as well as Liverpool supporters. Even after Benitez left his job as Liverpool manager, the charity supported the Liverpool Women’s Hospital and Hillsborough Families’ Support Group, and continues to raise money for the community.

And Benitez impressed Moshiri and Usmanov – the decision-makers at the club – in his first two video conference chats. They liked what he was bringing – including ideas about the academy, the design of the squad, how to improve their injury problems and his track record.

After Carlo Ancelotti’s return to Real Madrid, they wanted to be sure Benitez wasn’t planning on merely passing through on his way to a higher stage. A three-year contract shows the intent from both sides.

They were won over by his ideas about a project at a club he feels he can improve, and within a relatively short space of time take into the upper echelons of the Premier League. Recent times have shown Everton to be a mid-table club – they average 52 points over the past four seasons. The plan is to bridge the gap between that and the European spots.

Benitez knows this Everton is not dissimilar to the Liverpool of 2004. Then (Gerard Houllier) as now (Ancelotti), he took over from managers who had started to move things in the right direction without finishing the job.

Some may say that at 61 he is too old-fashioned, but this is a man who has constantly rethought and reworked his approach to one that is as modern as can be seen anywhere in the world. He has in place his own software to deal with tactics, training and explanations of his methodology.

Benitez has a talent for pushing things that would hurt anyone to the back of his mind – as he did when he took Chelsea to third place and Europa League success despite a frosty reception from some.

He won two titles at Napoli when Juventus used to win everything. He left Real Madrid top of their Champions League group and with a chance to win the league. At Newcastle, he took them up from the Championship as champions and kept them in the Premier League.

Is he defensive? He still holds the goalscoring record in the Champions League (8-0, both with Liverpool against Besiktas and Real Madrid against Molde) and enjoyed a historic 10-2 victory against Rayo in La Liga. But his style can be defined as balanced – everyone has got a role to play in both attack and defence.

Prior to Benitez’s appointment, offensive banners appeared at Goodison, and around where Benitez lives. Police are investigating. But they had the opposite effect to the one intended.

Despite the initial misgivings, many Everton fans wanted to separate themselves from the insults and give the clear message that were he to become the club’s manager, he would be their manager too. 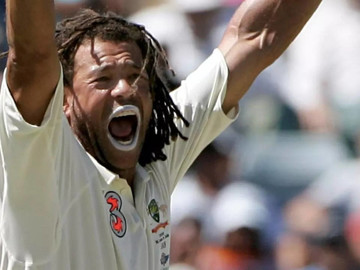