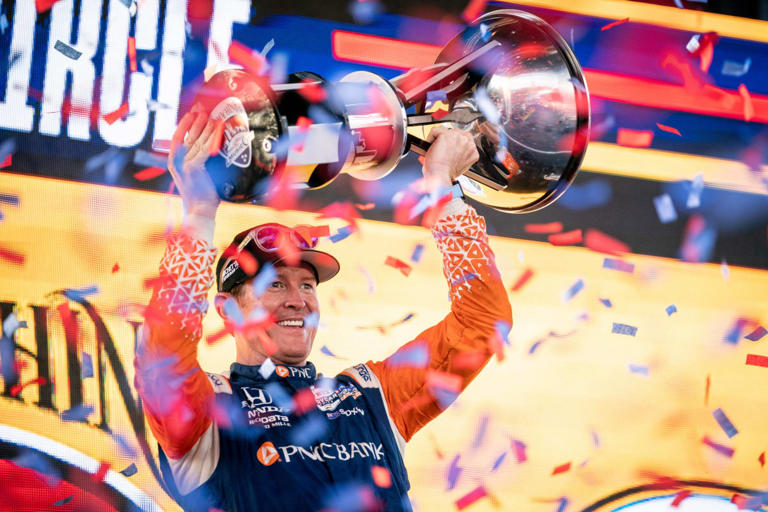 They don’t call Scott Dixon ‘The Iceman’ for nothing: he’s cool, calm and focused© Provided by Auto Racing Digest on FanNation

Winning a seventh championship has acquired a special meaning across the sport of auto racing.

A.J. Foyt in IndyCar, Michael Schumacher and Lewis Hamilton in Formula 1, and Richard Petty, Dale Earnhardt and Jimmie Johnson in NASCAR have all gotten number seven, as if the racing gods have determined “this is the ultimate in the sport and there is nothing left to prove”.

This Sunday at Laguna Seca, Scott Dixon will attempt to join the immortals and win his seventh title in the NTT IndyCar Series. I recently got the opportunity to talk with Scott — who is nicknamed “The Iceman” for his ice cold demeanor in the heat of pressure — about his mindset going into the finale and if the historical significance of the seventh title was a focus for him coming into the race.

“It is goal number one, by all means, but you can’t get ahead of yourself,” Dixon told AutoRacingDigest.com. “To simplify, you need to look at it as just another weekend. We know what we need to do. If it happens, it would be a huge feat, and something that would mean everything to me”.

Accomplishing that feat on Sunday would mean overcoming a 20-point deficit in the standings to Will Power. For the past 13 years, Power driving for Team Penske and Dixon driving for Chip Ganassi Racing, have been regular rivals for IndyCar supremacy.

But Power this season is different than what he’s been like in seasons past.

“Will has been a little bit of a different Will this year, much more calm,” Dixon said.

When I asked Dixon half-jokingly if Power had become more Dixon-like in his approach this season, the New Zealand native replied with a smile, “I can’t comment on that.”

But then, Dixon added in a more serious tone, “I feel like he’s definitely changed his style a little bit. It’s always been fun to race Will, good days or bad days, and trust me, we’ve had some heated moments.

“I think he immerses himself much deeper into the racing than some people, but I think what we’ve seen this year is consistency and his tone has been fantastic. I’ve got a lot of time for Will, and we chat a lot, but mostly away from the racetrack – he’s a super competitive person. Honestly, if I can’t win, and my teammate (Marcus Ericsson) can’t win, I think Will is a very deserving champion … but we still have to beat him.”

As for Dixon’s race strategy on Sunday, Laguna Seca is a track that has been known to end many racer’s days early. Dixon has to hope he wins the race and Power finishes no better than fourth, for Dixon to have any chance at winning the IndyCar title.

“We’re just going for the win,” Dixon said. “We’ve got a lot less to lose than Power. I know that sitting in his situation a few times, you’re thinking about the many things that can go wrong, whether it be mechanical, to being collected by someone else or having a small mistake yourself.

“So, there is a lot of pressure on the leader. The 20-point deficit is kind of an annoying amount – in the way it’s still very achievable and having two [drivers] right there. For us it’s pretty simple, go out and win it, it makes our chances a lot better, and Will has to finish in the top five or something at that point, depending on bonus points. But I’m sure there’s a lot of pressure on Will right at the moment.”

By two drivers, Dixon is referring to Power’s teammate, Josef Newgarden, who currently is also 20 points back of the points leader. This makes for an interesting dynamic among the Penske duo, where Newgarden needs to balance his own strategy with possibly needing to help his teammate.

With Dixon knowing Team Penske as well as anyone outside the organization can, I asked him how he thought that would play out.

“Newgarden’s going to be all about himself, and rightly so – he’s going first for the championship and doing anything [he can] to win that championship,” Dixon said. “Trust me, Josef has the same mindset we do”.

As for Dixon’s teammate Marcus Ericsson, who has at best a minor mathematical chance of finishing the season in first (as does Scott McLaughlin, who is two points behind Ericsson) Dixon isn’t counting him out.

“I feel like you don’t really know until you get into the heat of the race,” Dixon said. “Even qualifying can be one thing, and even Turn 1 can be one thing, the first stint can be something else. It’s pretty well known within the teams if there’s a teammate you can help, or make their day a little bit better, especially when it comes down to the championship, I would do that for Marcus, I would do that for Alex [Palou] and the same for Jimmie [Johnson].

“If it comes down to that, you’ll see it play out that way, and I’m sure you’ll see that from the Penske side if it is going to determine the outcome of the championship.

IndyCar did away with awarding double points for the season finale in 2020, which makes Dixon’s job Sunday that much tougher. And after recording the fastest pole time in Indy 500 history this year, a pit lane speeding penalty late in the race took him from a possible win to a 21st place finish. With Indy being the only race paying double points, the effects on the standings were dramatic.

“I feel like it played out pretty fair over the season, to be honest,” Dixon said about his feelings on the current system. “It’s somewhat a little one-sided now with Indy being double points, and trust me, if we had been top-3, and we’d led most of the race at Indy until I made my mistake, it would have made this championship pretty easy.

“We all know going into the season that those are the rules and you can analyze it any which way. I think it’s very similar to the 2015 championship, where going into the last race I was 47 (points) back from Montoya and ended up winning on a tie-breaker.”

Dixon won his first IndyCar championship in 2003, in his first full season with Chip Ganassi Racing. In the years since, things have definitely changed, DIxon said.

“I 100 percent trust them [his No. 9 team members],” he said. “You don’t want to step out of your normal comfort zone, I think that’s true with pep talks or whatever. Everyone is there to win.

“I think this team has an amazing atmosphere and I knew that when I walked through the doors in 2002, just to see how this team functions and what they are able to achieve and just the mindset of doing anything possible to win.”

One other change between the Scott Dixon of 20 years ago and the one of today is being a family man: his two daughters are now 13 and 10 years old (along with a two-year-old son). How much does Daddy’s success on race day mean to the younger members of the Dixon clan?

“In the big picture they’re just glad to see me when I come home – or I hope that’s true,” he said with a laugh. “We’re a pretty competitive family. I’ve raced cars my whole life, my wife is a runner for Great Britain in 800 meters, so I like to say the two most competitive people in my life are Chip (Ganassi) at the racetrack and when I go home it’s my wife.

“So, they [the kids] have pretty strong competitive genes, and they definitely only want to see winning – and I’d say that’s even true for our 2 1/2-year-old boy who loves racing and is racing mad. They see it differently than adults do, but they know it’s a competitive environment, and they want me to win. That’s all it comes down to”. 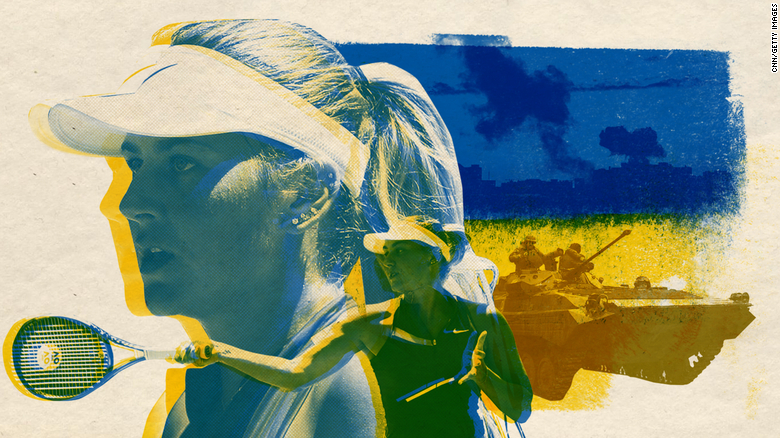 Tennis star Marta Kostyuk asks ‘What am I living for?’ as Ukrainians grapple with the… Universe Boss’ show not over yet! Chris Gayle kicks off preparations for IPL 2023 –…