Earlier this month, The New Zealand Cricket had released Trent Boult from his contract for the pacer to spend more time with his family. The 33-year-old left-arm fast bowler had recently been in discussions with national cricket officials about the increasing burden of touring overseas with a young family at home. Boult will still be eligible to be selected for New Zealand, though it is likely priority would be given to contracted players. © Provided by Hindustan TimesTrent Boult (AP)
Former Kiwi all-rounder Scott Styris has now spoken in detail about the development, stating that it was a “surprising” move. However, he also defended Boult, insisting that the tight schedule has forced players’ hands.

Also read: ‘Blessing to bowl at Kohli, Rohit and see where my game stands. If I can trouble them…’: IPL star eyes India call-up

“Firstly, it has taken New Zealand by complete surprise, certainly the cricket viewing public. Nobody really thought that Trent Boult is going to finish up this quickly and this soon,” Styris said on Sports18 show ‘Sports Over the Top’.

“It is also a little unfair to say he is chasing money as such. It’s time now that he prioritises the format that he enjoys, a little bit like Ben Stokes. But it is also a bigger message that the schedule is broken.”

“I don’t think cricket can afford to lose the likes of Stokes and Trent Boult, two of the best cricketers in the world right now, away from the international game

“I think, it depends where you come from. New Zealand players don’t get the same levels of money that some of the big Australia, England and Indian players get. This is the players’ job; people have to remember that,” said the former New Zealand star.

Experts share tips on how to be an effective leader 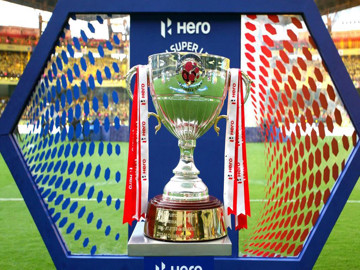 Wimbledon 2022: Russian players including world No. 2 Daniil Medvedev to be barred from competing,…