The U.S. Open broke its record for attendance, drawing 776,120 fans for the two-week tournament.

Every session was sold out for the first time in Arthur Ashe Stadium, which opened 25 years ago. The arena has a capacity of 23,859.

Carlos Alcaraz and Casper Ruud offered their thoughts to New Yorkers and Americans on the anniversary of the Sept. 11 terrorist attacks.

Following their U.S. Open final match that was played with 9/11/01 stenciled in white on the green sideline, both players opened their comments by remembering the lives lost on that day.

Alcaraz said it was “never easy to live this day as a normal day” and that he would “remember this day with all of you.”

The 19-year-old from Spain was born nearly two years after the attacks on New York and Washington.

Ruud, a 23-year-old from Norway, said he was praying for everyone affected by the “tragic incident that happened.” He said it was an emotional day for Americans.

“So it’s something that we will never forget,” he added.

Alcaraz, 19, became the youngest man to win a major title since Rafael Nadal was the same age at the 2005 French Open, and the youngest at the U.S. Open since 19-year-old Pete Sampras in 1990.

The No. 3 seed from Spain will become the youngest player to be No. 1 since the current ATP rankings began in 1973 on Monday.

Ruud, the No. 5 seed, fell short again in his attempt to become Norway’s first Grand Slam champion. He also lost to Nadal at this year’s French Open.

She won the Australian Open, French Open, Wimbledon and U.S. Open wheelchair singles titles for the second straight year. She won a golden slam in 2021, adding the Paralympics gold medal to her victories in the majors.

Kunieda had won the first three Grand Slam titles this year, but the second-seeded Hewett beat the No. 1 seed from Japan 7-6 (2), 6-1.

Carlos Alcaraz is a set away from a U.S. Open title and the No. 1 ranking.

Alcaraz won a tiebreaker for the first time in the tournament, taking it 7-1 to win the third set against Casper Ruud.

The No. 3 seed from Spain had been 0-4 in tiebreakers during his road to his first Grand Slam final.

Alcaraz won the first set 6-4 and the fifth-seeded Ruud took the second 6-2.

The winner will climb to No. 1 in the ATP rankings on Monday.

Casper Ruud has evened the U.S. Open final at one set apiece by winning the second set 6-2.

Carlos Alcaraz won the first set 6-4, but the fifth-seeded Ruud broke his serve twice in the second set.

The 19-year-old Alcaraz was stretched to five sets in each of the three previous rounds.

The U.S. Tennis Association said the fundraising started with the “ Tennis Plays for Peace ” exhibition the week before the tournament, featuring players such as women’s champion Iga Swiatek and Rafael Nadal, and continued with donations from corporate partners, fans and private donors.

The funds were donated to GlobalGiving’s Ukraine Crisis Relief Fund, which supports humanitarian assistance in impacted communities in Ukraine and surrounding regions where Ukrainian refugees have fled.

Carlos Alcaraz won the first set 6-4, with Casper Ruud earning a nice hand from his opponent and the crowd in the U.S. Open final.

Trailing 4-3, Ruud told the chair umpire that a ball hit by Alcaraz on the opening point of the eighth game had bounced a second time on his side of the court before the Norwegian hit it back onto the Spaniard’s side. Alcaraz looked confused and motioned to Nico Helwerth looking for an explanation.

Ruud then approached the chair and confirmed that the ball bounced twice. Alcaraz gave him a thumbs-up and clapped his hand onto his racket to join the crowd in applause.

After a long road to get there, Carlos Alcaraz has begun his U.S. Open men’s singles final against Casper Ruud.

The No. 3 seed from Spain won five-set matches in the last three rounds, ending with his semifinal victory over American Frances Tiafoe. The 19-year-old played until 2:50 a.m., the latest finish ever at the U.S. Open, in his victory over Jannik Sinner in the previous round.

Ruud, the No. 5 seed, opened serve on the blue court with 9/11/01 stenciled in white on the green sideline. The roof above Arthur Ashe Stadium is closed on a rainy Sunday in New York on the 21st anniversary of the terrorist attacks.

The Czech team finished an unbeaten season in the majors, winning the Australian Open and Wimbledon titles but not playing in the French Open after Krejcikova tested positive for COVID-19. They won it all at Roland Garros in 2021.

McNally and Townsend, playing for the first time in a major together after Townsend returned to action after giving birth last year, led 4-1 in the second set.

It was the second loss in the U.S. Open final for McNally, who partnered with Coco Gauff last year.

A first-time Grand Slam champion will be crowned at the U.S. Open for the third consecutive year when Carlos Alcaraz meets Casper Ruud.

The winner will also move to No. 1 in the ATP rankings on Monday.

The 19-year-old Alcaraz could become the youngest man to win a major since fellow Spaniard Rafael Nadal did so at the same age at the 2005 French Open. Ruud would become the first No. 1 player from Norway.

Dominic Thiem won his first Grand Slam title at the U.S. Open in 2020 and Daniil Medvedev did the same in 2021. 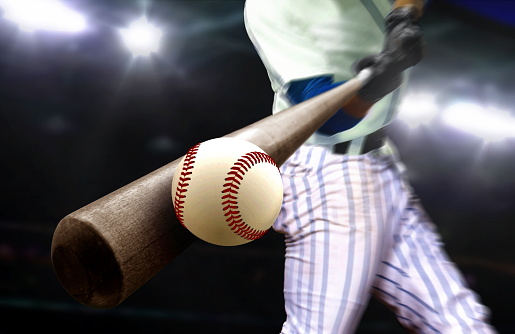 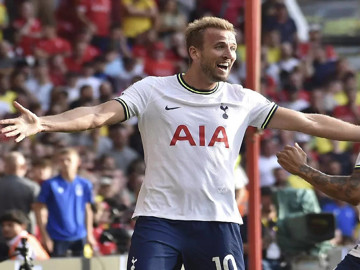