Normally, this marked the time that Paul experienced yet another playoff heartbreak. But shortly before the Suns officially eliminated the Los Angeles Clippers with a 130-103 win in Game 6 of the Western Conference finals on Wednesday at Staples Center, Paul was on the verge of advancing to the NBA Finals for the first time in his 16-year NBA career.

“That’s the only thing I was thinking about – the process and getting us one step closer to where we need to be,” Paul said.

So then Paul thanked those that witnessed his journey along the way. Paul waved to his hometown family and friends that attended Game 6 from Winston Salem, N.C. Paul hugged Suns coach Monty Williams, who had also coached him during his final season with the former New Orleans Hornets (2010-11).

Paul hugged his father and brother, both of whom have never missed any of his basketball games. And Paul waved to actor Billy Crystal and thousands of other Clippers fans, who both booed and cheered him after experiencing playoff heartbreak there for seven seasons (2011-2017) and asking for a trade to Houston that also followed with more injuries and playoff shortcomings.

During those moments, did Paul ever doubt he would experience the elation he felt after leading the Suns to the NBA Finals with 41 points and eight assists?

So in his third game since being sidelined for eight days after testing positive for COVID-19, Paul did just that. Paul led the Suns to their first Finals appearance since 1993 by tying his playoff career-high. He closed out the first half by scoring 10 unanswered points. He opened the third quarter by scoring eight unanswered points. During those times, Suns teammate Jae Crowder repeatedly asked Paul a pointed question.

Paul glared and sternly said “no” repeatedly for a simple reason. As Paul summed up, “I’ve been on the end of so many losses. I know what it feels like.”

Paul committed two late turnovers that contributed to the Thunder overcoming a 15-point deficit in Game 5 of the 2014 conference semifinals, the same year the Clippers survived a seven-game first-round series over Golden State while handling the fallout over former owner Donald Sterling making racist statements on an audio tape. Though he played through an injured hamstring before making a game-winning shot in Game 7 of the Clippers’ first-round series against San Antonio in 2015, Paul missed two games the following series before the Clippers squandered a 3-1 series lead to Houston.

In 2016, the Clippers lost in the first round to Portland in six games after Paul (fractured right hand) and Blake Griffin (left quad) suffered injuries in Game 4. Paul stayed healthy in 2017, but the Clippers lost to Utah in the first round amid Griffin suffering a right toe injury in Game 3. Shortly afterwards, Paul agreed for the Clippers to deal him to Houston in a sign-and-trade in hopes of winning an NBA title with James Harden. But Paul’s health and the Warriors’ dominance torpedoed those plans. Paul missed Games 6 and 7 of the 2018 Western Conference finals after straining his right hamstring in Game 5. The following season, Paul missed 17 games with a strained left hamstring and looked limited in the playoffs before the Warriors beat the Rockets in the second round. The Rockets then dealt him to Oklahoma City for Russell Westbrook.

“That burned him,” Williams said of Paul’s playoff shortcomings. “If you can learn anything from Chris Paul, it’s to keep going. Don’t quit. Serve others.”

So, Paul remained intent on overcoming his own recent adversities.

Shortly after the Suns swept the Denver Nuggets in the second round, Paul learned that he tested positive for the coronavirus despite already having the COVID-19 vaccine. Though he became encouraged with the Suns winning the first two games against the Clippers without him, Paul then struggled in his return. In Games 3 through 5, he shot a combined 19-of-60 from the field and 2-of-16 from 3-point range. He then had an MRI on his right wrist that revealed torn ligaments.

Paul played in Game 6 anyway and then looked more like his normal self. He shot 12-of-18 from the field and 4-of-5 from deep. In the second half, Paul dropped 28 points. During that run, Williams marveled that Paul gave him a look to suggest, “Coach, I got this.”

During that time, Paul kept thinking about how the Rockets’ equipment staff had kept a Western Conference championship t-Shirt and hat that he never could wear. The Suns’ equipment staff received their gear earlier this week, reminding himself of how close he was toward finally wearing the gear.

“I was going to stay locked in,” Paul said. “If we do what we’re supposed to do, I’ll get the last laugh.”

Paul certainly did. He exacted revenge on his former team. He frustrated Clippers center DeMarcus Cousins so much on a foul that Cousins received a technical. He frustrated Clippers guard Patrick Beverley so much that Beverley wound up shoving him before getting ejected for it. And he added something to his eventual Hall of Fame resume that includes a high standing on the NBA’s all-time assists list (currently fifth with 10,275).

“Chris Paul is stamped regardless,” Booker said. “Anything else from here is extra just to solidify it.”

“I know he wants it bad. I know he’s happy about this for his first time,” Booker said as he pointed at the NBA’s Western Conference championship trophy. “But I know what he’s in pursuit of, and we have that same understanding. We don’t talk about it much. But we know what we’re trying to get to. But as far as he needs a ring to be considered, he’s one of the best point guards ever to play this game. That’s a fact. Everybody knows he’s arguably the best.”

Still, Paul insists this moment was not about him. One, he still has an NBA championship to win. But he also expressed gratitude for those around him.

He gushed about Williams and his young Suns teammates, including Booker. He thanked Thunder GM Sam Presti for facilitating a trade last year to Phoenix after guiding them to a seven-game playoff series against Houston. He thanked the Clippers that included people he considered “family,” including trainer Jason Powell, assistant coach Chauncey Billups and public relations manager Dennis Rogers. So when Suns assistant coach and former Clippers teammate Willie Green asked Paul about his Clippers journey, Paul insisted he would have played out his career the same way so he could experience this moment.

“I learned a lot of stuff along the way,” Paul said. “This is a storybook for this part to get somewhere I never have been before against a team I’ve always been connected to.” 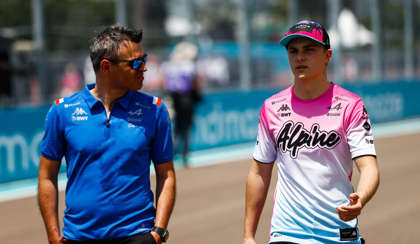