A person who used anonymous Twitter accounts to make defamatory remarks about Stephen Nolan has apologised and agreed to pay a six-figure damages sum.

The BBC radio and TV presenter traced the identity of the person who was behind an online campaign against him.

In a statement issued by the person’s lawyer, they admitted that the claims they made were “totally unsubstantiated and without foundation”.

Mr Nolan said: “This should be a warning to all trolls.”

The individual admitted running a campaign which “involved the systematic dissemination of false and defamatory allegations” against Mr Nolan.

They had been behind the Pastor Jimberoo and Pastor Jimberoo’s Ghost accounts on Twitter and had also created an online petition against the presenter.

The aim of the petition – based “entirely on false and defamatory allegations” – was to undermine and damage Mr Nolan’s professional reputation, they said.

“I unreservedly apologise to Mr Nolan for any distress caused and confirm that the aforesaid Twitter accounts have since been deleted,” they added.

The individual’s statement was issued by their Belfast-based lawyer Kevin Winters.

Mr Nolan, who presents shows on BBC Radio Ulster and BBC Radio 5 Live, said the individual had been running a “malicious campaign designed to undermine me and hinder my journalism”.

“I am deeply grateful to the BBC, who will always judge me fairly on its editorial standards rather than the lies this individual attempted to propagate,” he said.

The broadcaster said he would no longer tolerate the “vile abuse” aimed at him as well as other journalists, politicians, public figures and private citizens.

“It got to the stage where I felt helpless and I don’t feel helpless in my life, it’s not how I run my life,” he said.

“The criminal law couldn’t protect me and so I decided ‘you know what? I’m going to fight back’.”

He said he would “love to” meet the person responsible.

“The important thing for me is to send out a very, very, strong message that if you get off on abusing people you will be tracked down and you will have a high price to pay,” he added.

The individual said they had agreed to pay a six-figure sum in damages as well as Mr Nolan’s legal costs.

Paul Tweed, the libel lawyer acting for Mr Nolan, said the “troll” had been traced and notice of the legal action had been served to him in person.

“There was immediate contrition and categoric statements of regret, with the individual pleading for anonymity due to his expressed personal security concerns,” said Mr Tweed.

“Despite this attempt to destroy his reputation with falsehoods, Mr Nolan has agreed not to name this individual, dependent on his future conduct.”

Mr Tweed said that legal letters had also been issued to other people and action would be taken against those who published or spread similar false allegations about Mr Nolan. 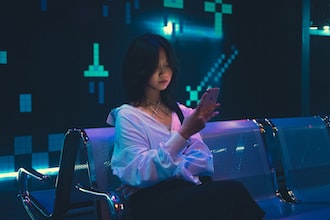 TurboTax owner Intuit was sued by federal regulators, who allege the company’s advertising for ‘free’…

How billionaires like Jeff Bezos and Richard Branson spend their vacations, from cruising on yachts…