SURFSIDE, Fla. — One stem at a time, Douglas Berdeaux carefully created a floral frame of red roses and yellow tulips on the chain-link fence surrounding the smiling portrait of Elaine Sabino, his missing sister-in-law.

Sabino, a JetBlue flight attendant who loved to travel and meet new people, remains unaccounted for since the Champlain Towers South condominium building unexpectedly collapsed before dawn June 24. She lived on the 12th floor.

“She was a very loving person. Very vivacious. She had a bigger-than-life personality,” said Daytona Beach resident Linda Howard, Sabino’s sister, as she struggled to fight back tears near the portrait. Her brother, John, stood at her side.

Sabino is one of dozens of victims and missing persons displayed on the makeshift Surfside Wall of Hope & Memorial, which serves as a somber magnet for mourners as the small barrier-island community comes to grips with the disaster.

“I do hope it becomes permanent. I think it’s a beautiful expression of love and respect. And it’s the kind of spontaneous creation that moves people,” Surfside Mayor Charles Burkett said.

As of Monday morning, Miami-Dade County Mayor Daniella Levine Cava said 27 deaths have been confirmed in the condo collapse. Another 118 people remain unaccounted for.

The unsafe portion of Champlain Towers South that remained standing loomed directly beyond the memorial wall – with patio furniture and plants still perched on outdoor balconies – before a demolition crew knocked down the 12-story structure Sunday night.

Sounds of jackhammering and rumbling heavy equipment fill the air at the wall as search-and-rescue teams continue working 12-hour shifts. The search for survivors in the rubble has continued for the past 12 days.

President Joe Biden and first lady Jill Biden prayed at the wall during their visit to Surfside last week. Jill Biden laid a bouquet of white roses at the site.

During a Saturday press conference, Gov. Ron DeSantis told reporters he and his wife, Casey, had returned to view the memorial wall. He noted the outpouring of expression at the site has grown exponentially since the initial days after the disaster.

DeSantis also said he now recognizes some of the faces and names after meeting with their loved ones and hearing stories about their lives.

“It’s such a range. I mean, you have people who lived a full life at age 90-plus. You have young kids. You have some of these younger adults in the prime of their life, have all this opportunity ahead of them. Very, very special group of people,” DeSantis said.

Surfside Town Manager Andrew Hyatt said the wall’s portraits and photographs remind him of memorials he has visited in Washington, D.C., such as the Korean War Veterans Memorial. His father served during that conflict.

“You feel like you’ve stepped into something that’s hallowed, like a sanctuary. You just kind of step into the minds and thoughts of the families,” Hyatt said.“You just soak it in for a minute. And your heart gets heavy. It’s emotional,” he said.

“That’s them at their best moments, you know? And that’s what their family remembers, so they help us remember. I didn’t know them all. But looking at them, you get a chance to see a glimpse into their life – just that snapshot.” 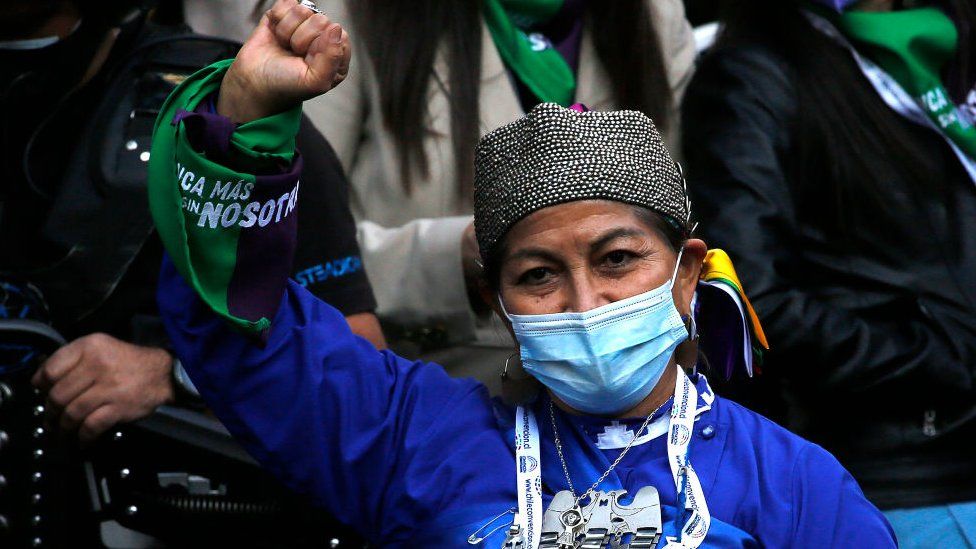 Elisa Loncon: From poverty to the doctorate and the drafting of the Chilean constitution

Which president was never married?