Bernard Shaw, the award-winning broadcast television journalist who served as chief anchor of CNN for two decades, died Wednesday, the head of the network confirmed in a statement.

Shaw was CNN’s first chief anchor when the 24/7 cable news channel launched on June 1, 1980, instantly setting a standard of consummate professionalism and soon earning the trust of millions of viewers.

Funeral services will be held for family members and invited guests, with a public memorial service planned later, Shaw’s family said in the statement to CNN.

“The Shaw family requests complete privacy at this time,” they said.

Chris Licht, the chairman and CEO of CNN, expressed his condolences to Shaw’s wife, Linda, and their children, writing in a statement: “Bernie was a CNN original.”

“Even after he left CNN, Bernie remained a close member of our CNN family providing our viewers with context about historic events as recently as last year,” Licht said.

Shaw covered some of the landmark stories of the last three decades, including the student uprising in Tiananmen Square in Beijing in 1989, the 1994 Northridge earthquake in California, the death of Princess Diana in 1997 and the 2000 presidential race.

He was dubbed one of the “Boys of Baghdad,” a group of reporters who chronicled the start of the Persian Gulf War beginning Jan. 16, 1991, from a hotel room in Iraq alongside colleagues Peter Arnett and John Holliman, according to a biography on CNN’s website.

He was widely respected for delivering important news stories with calm authority and gravitas. In tributes on social media Thursday, current and former CNN personalities praised him as a trailblazer and an inspiration to other journalists.

Shaw was inducted into the Broadcasting & Cable Hall of Fame (1999) and received two lifetime achievements honors, from the Edward R. Murrow Awards (2001) and the National Association of Black Journalists (2007).

Bernard Shaw was born May 22, 1940, in Chicago to Edgar Shaw, a railroad employee and house painter, and Camilla (Murphy) Shaw, a housekeeper.

He aspired to a career in journalism at a young age. He was an avid reader of newspapers and admired the famed news broadcaster and World War II correspondent Edward R. Murrow.

He attended the University of Illinois at Chicago, receiving a bachelor’s degree in history in 1966. He also served in the Marine Corps from 1959 to 1963, according to his CNN biography.

Shaw’s national journalism career started with a stint as a political reporter at CBS from 1971 to 1977. He then moved over to ABC, working as a Latin America correspondent from 1977 to 1979.

But the most pivotal chapter of his career began the following year, when he headed to the Cable News Network, the first 24-hour news channel in the country. CNN, as it came to be known, helped to fundamentally change the format and pace of TV news.

Shaw was at the forefront of that epochal change in the media industry, delivering breaking headlines with a speed that was traditionally not available to the anchors of prime-time 30-minute news programs.

He made a particular impression on viewers as an anchor on election nights and for other major political events. He moderated the second presidential debate between George H.W. Bush and Michael Dukakis in the lead-up to the 1988 general election.

Shaw raised eyebrows with his first question to Dukakis, a Democrat who was then the governor of Massachusetts. Shaw asked Dukakis whether he would favor the death penalty for a person who hypothetically “raped and murdered” his wife, Kitty.

The governor seemed taken aback by the blunt question, which his wife later described as “outrageous,” telling a reporter: “It was theater and inappropriate.”

Yet many political analysts credited Shaw for his performance as moderator, and his admirers considered it an example of what the Museum of Broadcast Communications called his “reputation for asking difficult questions” to people in power.

Three days after voters went to the polls in the 2000 presidential race, Shaw announced that he would leave CNN. He officially retired from the company the following year, on Feb. 28, 2001, according to his network biography. 3 children struck by vehicle whose driver was kicked off their campus, police say 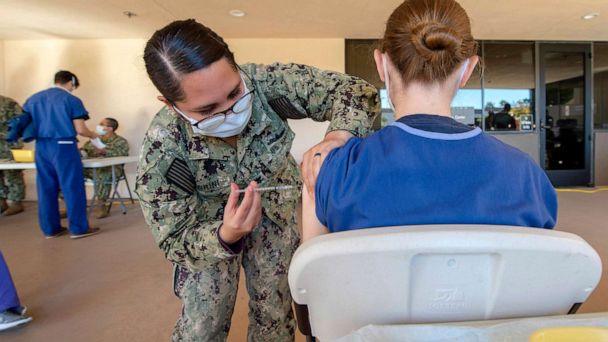 Will the military make the COVID-19 vaccine mandatory?