Independence Day — known colloquially as the Fourth of July — is celebrated in the United States on July 4 annually to mark the Declaration of Independence signifying the freedom of the thirteen American colonies from British rule back in the 18th century. On this day, citizens usually take to mark the occasion with a splendid display of fireworks, parades, carnivals, and fairs. However, in view of the coronavirus disease (Covid-19) situation this year, the social events will remain limited, while authorities have requested Americans to attend a professional firework display in their area for fire safety.

July 4, 2021, will mark the 245th anniversary of the founding of the United States. The Declaration of Independence, a statement explaining the decision of the thirteen colonies of Great Britain to declare themselves independent from colonial rule, was approved by the US Congress on July 4, 1776. However, the actual resolution of independence was passed two days earlier on July 2, when the thirteen colonies were legally separated from Great Britain’s rule.

The Fourth of July has been traditionally celebrated in the United States of America as ‘Independence Day’ since the same date in 1776 — when the Second Continental Congress finally approved the US Declaration of Independence.

The US Founding Fathers — John Adams, Benjamin Franklin, Alexander Hamilton, John Jay, Thomas Jefferson, James Madison, and George Washington — were a group of seven key leaders who led the US war for independence and played a major role in the founding of the nation, uniting the thirteen colonies, on this day. They also built the structural framework of the new government based on classical liberal policies.

July 4, the day when the Declaration of Independence was approved, is now marked in the United States as ‘Independence Day’ with displays of patriotic fervour. Americans take to celebrating the day with joyous displays of fireworks, parades, and picnics. Politicians, too, make it a point to appear in public events on this day and address the nation of issues of patriotism and culture.

Curiously, though, even though a grand display of fireworks may just seem like another form of outdoor celebration, the tradition holds a particular significance in the day’s history.

A day before the US Declaration of Independence was signed, John Adams — one of the Founding Fathers — wrote to his wife Abigail that July 4 must be celebrated “with Pomp and Parade, with Shews, Games, Sports, Guns, Bells, Bonfires and Illuminations from one End of this Continent to the other from this Time forward forevermore.”

A year later, on July 4, 1777, the first formal display of fireworks was set off in Philadelphia, illuminating the city. That same year, fireworks also lit up the sky in Boston. A 13-gunshot salute was held in Bristol, Rhode Island, once in the morning and then again in the evening, setting the tradition for years since.

Today, firework displays are held on July 4 in many states during the evening after dark at such places as parks, fairgrounds, or town squares. However, several other states have also either banned fireworks or limited the display size out of safety concerns. To date, the largest of such displays has taken place in New York City, where more than 22 tons of pyrotechnics were held in the East River in 2009. 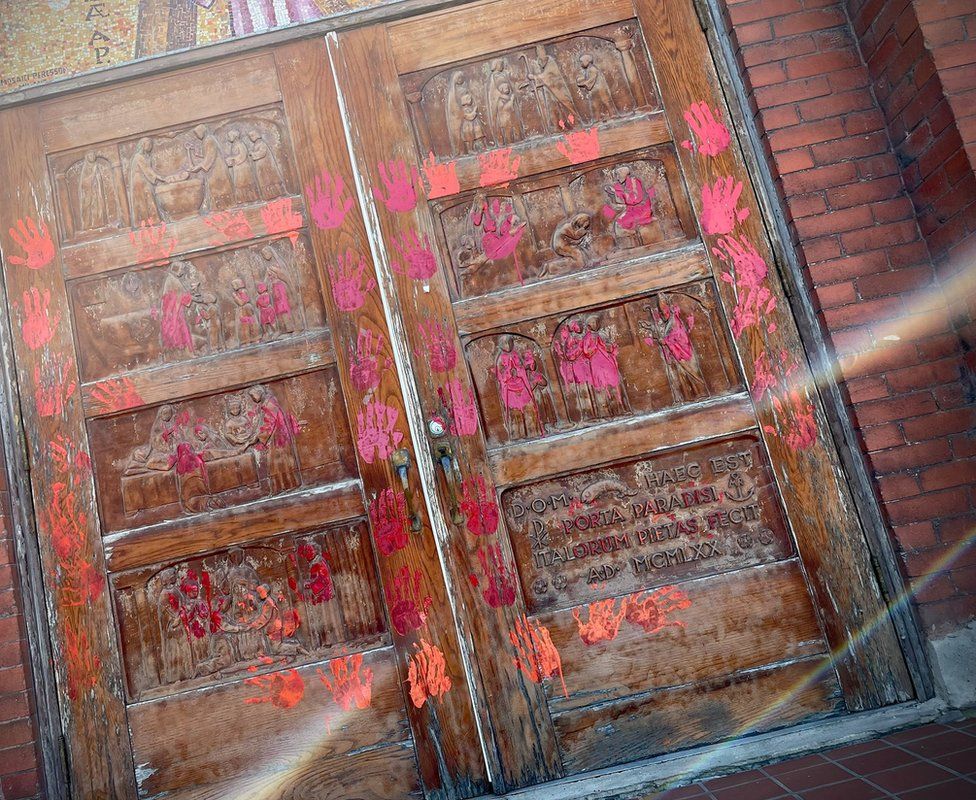 ‘My dad didn’t have a chance to fight’: Covid is the leading cause of death…

Author Salman Rushdie stabbed on stage before a lecture in New York, suspect identified and…