The public outcry over ‘America’s Dad’ Bill Cosby’s sudden release three years into a potential 10-year sentence was swift, with #MeToo activists worried it would have a chilling effect on survivors. And lawyers for another high-profile man convicted of sexual assault, Harvey Weinstein, praised the decision.

But criminal law experts believe the court acted reasonably in finding that a prosecutor’s word should be honored, even by a successor. One called the ruling a wakeup call for prosecutors who might try to quietly resolve a case without a paper trail, or make a deal over a handshake.

“It probably would have been much better lawyering to get it all in writing,” Loyola Law School professor Laurie Levenson, a former prosecutor, said of the hidden deal in the Cosby case. “It’s a teachable moment, I think, for prosecutors across the nation. It’s a big lesson.”

Levenson, too, fears the quick takeaway is that “another celebrity gets away with a crime.” More deeply, she said, the case illustrates the need for legal agreements that are “open, fair and transparent.”

“For survivors of sexual assault, it’s got to be another incredibly upsetting, frustrating moment,” she said. “So (there areC) good lessons for prosecutors and hard lessons for survivors.”

The court heard arguments in December. On Wednesday, a majority of the justices, 6-1, found Cosby’s case should be overturned. But the justices split 4-2 on whether he should go free or face a third trial. The two dissenting justices questioned if Cosby had ever really been promised immunity — or whether an abuse of power led to former Montgomery County prosecutor Bruce Castor’s “odd and ever-shifting explanations” of his promise to Cosby.

“We should reject Castor’s misguided notion outright and declare that district attorneys do not possess this effective pardon power,” Justice Kevin Dougherty wrote in a partial dissent.

No legal documents were drafted. No immunity agreements went before a judge. Even Castor’s top assistant, who had led the initial investigation, said she knew nothing about it. Neither did Constand’s lawyer, according to testimony at the sometimes surreal preliminary hearing in February 2016.

Castor said he discussed the agreement with a Cosby lawyer who had since died.

Constand, in the wake of that decision, sued Cosby in federal court.

In the depositions that followed, the trailblazing actor made lurid admissions about his sexual encounters with a string of young women. He acknowledged giving them drugs or alcohol beforehand, while he stayed sober and in control. The list included Constand, who said she took what she thought were herbal products at Cosby’s direction, only to find herself semiconscious on his couch.

Cosby, in the deposition, famously said he ventured “into the area that is somewhere between permission and rejection” as Constand lay still.

Neither he nor his lawyers ever asserted his Fifth Amendment right not to incriminate himself during four days of sworn testimony.

The panel avoided ruling on the thorny issue of how many witnesses should be allowed to testify about a defendant’s prior bad acts in a criminal case — an issue many lawyers hoped they would clarify.

“Everyone was watching this case for the ‘other evidence’ ruling. This (ruling) came out of the blue,” said Jules Epstein, a Temple University law professor.

At least one justice, Thomas Saylor, would have sent the case back for a new trial over the “other accuser” issue, according to his solo opinion. But it become moot when the majority agreed to bar any future prosecutions in the case.

Washington lawyer Joseph Cammarata represented several accusers in defamation suits filed against Cosby, which his insurer settled after the 2018 conviction. He regrets that some people see the ruling as a vindication of the actor. 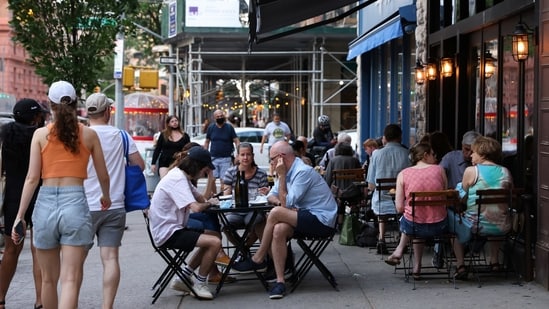