A bizarre incident unfolded Saturday morning in Wakefield, Massachusetts as nearly a dozen armed men were arrested after a standoff with police in the middle of a major highway.

According to local police: “During a motor vehicle stop, several heavily armed men claiming to be from a group that does not recognize our laws exited their vehicles and fled into the woodline” near Interstate 95.

The incident took place around 1:30 a.m. when a state trooper came across a group of people refueling on the side of the I-95 highway in Wakefield, a suburb of Boston. The group was dressed in military-style uniforms, carried tactical gear like body cameras and helmets and had long guns slung over their shoulders.

They told officials they were on their way to Maine from Rhode Island for “training,” Col. Christopher Mason said.

Officials said they made two initial arrests and the rest of the group, which calls itself “Moorish American Arms,” fled into a wooded area. As a result, a stretch of I-95 was closed and shelter-in-place orders were set for people who live nearby.

State police announced the first two arrests around 6:40 a.m. ET, saying they were arrested by members of The Northeastern Massachusetts Law Enforcement Council in Wakefield. Police took them into custody and transported them to one of their barracks.

Police negotiators talked to those hiding in the woods throughout the early morning.

At 10:30 a.m. Saturday, Massachusetts State Police said in an update that “7 additional suspects were being transported for booking.”

Officials had conducted searches of the two vehicles the suspects were in and the surrounding woods.

In the afternoon, MSP said: “Two additional suspects were located in their vehicles, bringing the total number of those arrested to 11 (two initially on North Avenue and nine outside and inside the vehicles).”

All 11 suspects are expected to appear in district court Tuesday morning, all on firearm and other charges, Middlesex County District Attorney Marian Ryan said at a press briefing Saturday.

Authorities said they had recovered two AR-15 semi-automatic rifles, two pistols, a bolt-action rifle, a shotgun and a short-barrel rifle. None of the men have a license to carry firearms, state police and the Middlesex District Attorney’s Office said.

All but two individuals, both of whom were “refusing to identify self,” according to police, were identified late Saturday.

Asked what the suspects did wrong, Nelson said: “11 armed individuals standing with long guns slung on an interstate highway at two in the morning certainly raises concerns and isn’t consistent with the firearm laws that we have here in Massachusetts.”

Hernandez, Johnson, Dow and the unnamed teen are also being charged with providing a false name to police, authorities said.

The teenager was released to parental custody while the 10 adults are being held at the Billerica House of Correction on $100,000 cash bail, authorities said.

A spokesperson for FBI’s Boston office has confirmed to ABC News that the bureau is involved in the investigation.

“Since the onset of this incident, the FBI Boston Division has been fully engaged with our state and local partners,” public affairs adviser Kristen Setera said.

Mason, of the Massachusetts State Police, said Saturday that the FBI was assisting in the incident.

The Wakefield Police Department said in an early morning statement: “Approximately 8 males fled into the woods carrying rifles and handguns and appear to be contained in the wooded area adjacent to the highway. No threats were made, but these men should be considered armed and dangerous.”

Massachusetts State Police, who are also on the scene, tweeted early Saturday: “We have several armed persons accounted for at this scene on Rt 95. They are refusing to comply with orders to provide their information and put down their weapons. We are asking residents of Wakefield and Reading to shelter in place at this time.” 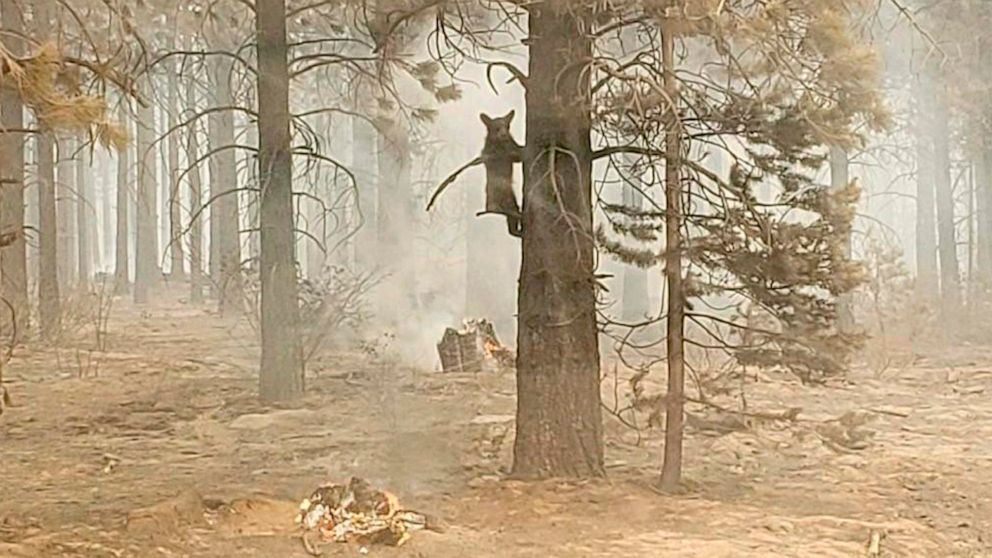