Forensic experts have identified the remains of a student who was among a group of 43 who disappeared in the Mexican state of Guerrero in 2014.

A prosecutor said tests had revealed that bone fragments found in a ravine belonged to Jhosivani Guerrero.

He is the third member of the group whose remains have been found and identified.

The disappearance of the 43 triggered demonstrations against impunity and state complicity in organised crime.

They studied at an all-male teacher training college in the town of Ayotzinapa, in western Guerrero state. The college has a history of left-wing activism and the students regularly took part in protests.

On 26 September 2014, a large group of them travelled to the nearby town of Iguala to protest against what they saw as discriminatory hiring practices for teachers.

In the chaos which followed, six people were killed. Some students managed to flee to safety but 43 vanished after the clash.

The police accused the students of having commandeered the buses, but survivors of the clash say they had convinced the bus drivers to take them to Ayotzinapa voluntarily.

What happened to them?

The first official investigation – carried out under the government of President Enrique Peña Nieto – found that the 43 were seized by corrupt municipal police officers who handed them over to members of local drugs gang Guerreros Unidos (United Warriors).

The gang then took them to a rubbish dump in a place called Cocula, where they killed them and burned their bodies, the official report continued. They dumped their bones and ashes in a nearby stream, it concluded.

However, that report has since been widely discredited, and a judge has issued an arrest warrant for the head of the investigation, Tomás Zerón.

Mr Zerón has fled Mexico and is believed to be in Israel.

What evidence has been found?

So far, the remains of three students have been identified:

The charred remains of Alexander Mora were reportedly found in a stream at the rubbish dump in Cocula, according to the now-discredited first investigation.

But independent investigators from the Inter-American Commission of Human Rights said that the chain of evidence had been broken when Alexander Mora’s remains were retrieved.

They said they could therefore not be sure whether the bone fragments had been planted to bolster the version of events that said that all the students were killed and subsequently burned at the rubbish dump.

The remains of Christian Alfonso Rodríguez and Jhosivani Guerrero were found in a ravine known as La Carnicería, about 800m (half a mile) from the rubbish dump in Cocula.

They have been identified by experts at the University of Innsbruck, in Austria.

Where does this leave the investigation?

The fact that the bone fragment found in La Carnicería ravine has been matched to Jhosivani Guerrero raises further questions about the original investigation led by Tomás Zerón.

Mr Zerón said in 2015 that remains of Jhosivani Guerrero had been found in the stream at the rubbish dump in Cocula, which backed up the version of events given by his team at the time.

But the man leading the current investigation said that the remains Mr Zerón had referred to had never been a conclusive match to Jhosivani Guerrero.

The identification of Jhosivani Guerrero’s remains by the University of Innsbruck is the biggest advance in the investigation since the bone fragments of Christian Alfonso Rodríguez were found last year.

But with much of the forensic evidence from the original report coming under question and Mr Zerón a fugitive, the current investigators face an enormous challenge trying to piece together what happened to the 43 and where the missing remains may be. 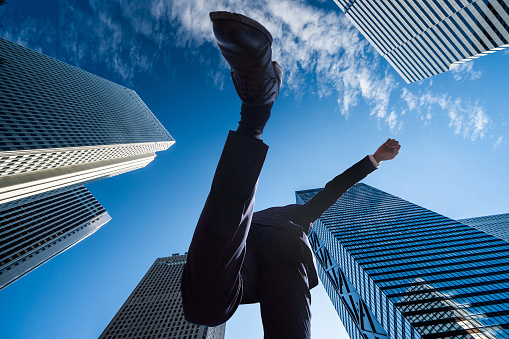 Boy burned after teacher covers his hands in sanitizer, lights them on fire, officials say

Marilyn Manson was released on bail after she turned herself in.