SURFSIDE, Fla. – Bands of rain from an approaching tropical system and a forecast that includes possible tornadoes added to the hurdles faced by rescue workers seeking signs of life Tuesday among the ruins of the Miami-area condominium collapse.

Four more victims have been found in the rubble, Miami-Dade County Mayor Daniella Levine Cava said at an afternoon news briefing. That brings the death toll to 36, up from the 32 she announced earlier Tuesday. Levine Cava said 109 people remained unaccounted for, although only about 70 of them were confirmed to be in the building when it fell.

Authorities remained steadfast in describing the effort as search and rescue, almost two weeks after the stunning collapse at the Champlain Towers South in Surfside, a few miles north of Miami Beach. Photos of dozens of victims and those missing are displayed nearby on a makeshift Surfside Wall of Hope & Memorial.

No one has been found alive in the rubble after the day of the tragedy. County Fire Chief Alan Cominsky said rescue workers were not finding any signs of life.

“The key things we were looking for all throughout in regard to void space, livable spaces,” he said, “we’re not coming across that.”

The remaining sections of the building were imploded Sunday amid concerns that winds from Tropical Storm Elsa would topple the structure and bring rescue efforts to a halt. The demolition allowed for the search to intensify, Levine Cava said.

“There’s no giving up hope,” Surfside Mayor Charles Burkett said. “I think we’re unified on that. We owe it to the families. We have a duty, unlimited resources – we’re going to make sure everybody gets out.”

Elsa was expected to make landfall north of Tampa on Wednesday morning, but Miami-Dade County won’t be spared from its effects. Stiff winds were sweeping through the site Tuesday, hampering the efforts of large cranes brought in to move debris. Showers, thunderstorms and even a stray tornado were possible through Wednesday.

Miami-Dade Assistant Fire Chief Raide Jadallah said there was a two-hour delay early Tuesday because of lightning. Levine Cava lauded the efforts of the workers, who were pressing on day and night despite the rain and the risks of shifting debris.

“They live to save lives, and they’ve pushed ahead no matter what is thrown in their way,” Levine Cava  said.

The investigation into the cause of the collapse has begun, but officials warn that no final determination is likely anytime soon. Miami-Dade State Attorney Katherine Fernandez Rundle has pledged to have a grand jury look at “what steps we can take to safeguard our residents” without jeopardizing public safety or potential criminal investigations.

“That is to leave no stone unturned and to find as many people as we can and to help bring either some answers to family and loved ones or to bring some closure to them,” Carroll said.

The memorial wall serves as a somber magnet for mourners as the small barrier-island community comes to grips with the disaster. The fast-growing memorial extends along the western fence of Surfside’s tennis center. Hundreds of flower bouquets, stuffed animals, candles, handmade posters, religious messages and flags adorn the site.

A floral frame of red roses and yellow tulips on the chain-link fence surrounded the smiling portrait of Elaine Sabino. The JetBlue flight attendant, who relatives say loved to travel and meet new people, lived on the 12th floor. She remains unaccounted for.

“She was a very loving person. Very vivacious,” said Sabino’s sister, Daytona Beach resident Linda Howard, as she fought back tears. “She had a bigger-than-life personality.”

Burkett said he believes the memorial is cathartic. And he hopes it becomes permanent.

“I think it’s a beautiful expression of love and respect. And it’s the kind of spontaneous creation that moves people,” Burkett said. “I think it’s fantastic. I think it’s necessary. And I’m very thankful that the people who put that wall up are maintaining it with love and passion.” As wildfires continue to ravage the United States, floods are wreaking havoc elsewhere 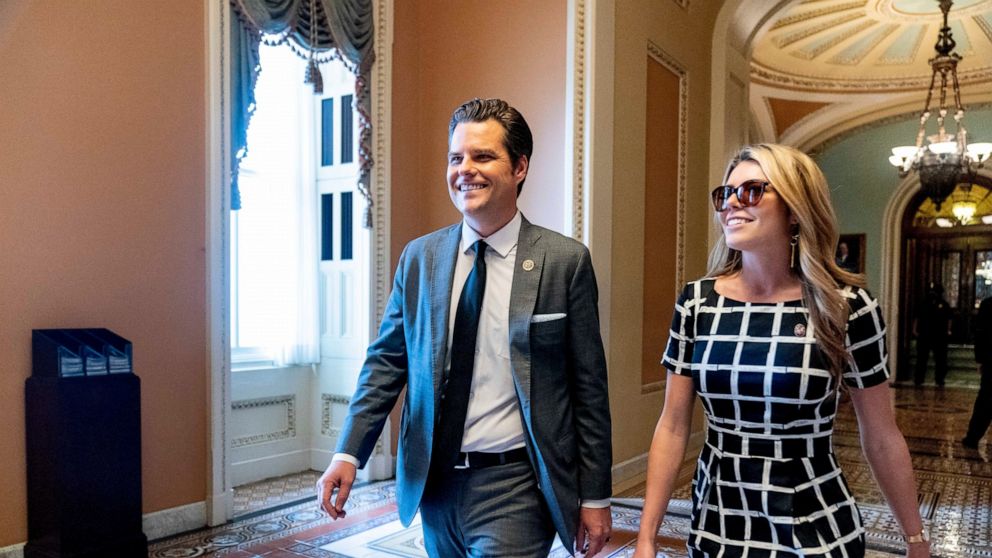 Gaetz’s friend asks for more time to cooperate with the feds.