The World Health Organization and the Centers for Disease Control and Prevention are out of step in their COVID-19 mask guidance, prompting confusion.

In light of sky-rocketing cases of the COVID-19 Delta variant around the globe, last week the WHO called for all vaccinated people to continue to wear masks.

The CDC, however, has not followed suit. The U.S. agency still sticks by its guidance — announced in May — for vaccinated people to relinquish their masks in indoor and outdoor settings, so long as it’s been two weeks after their last shot of the vaccine. Unvaccinated people are supposed to continue wearing their masks and social distancing.

Why is the WHO advising masks for vaccinated people?

At a press conference on Friday, the WHO said that the rise of new variants made it necessary to pull out all the stops against the virus, particularly in places that had let down their guard.

The WHO, which watches the pandemic with a global lens, was considering the large majority of the world that’s unvaccinated or has less-effective vaccines. The organization also pointed out the disparities in vaccination statuses. In comparison, the U.S. has only been able to lift restrictions on businesses, reopen cities and discontinue mask mandates because of its access to hundreds of millions of vaccines.

Dr. Tedros Adhanom Ghebreyesus, the director-general of the WHO, said it was now “even more urgent that we use all the tools at our disposal” in the global fight against the coronavirus.

Dr. Anthony Fauci, chief medical adviser to President Joe Biden, described the rest of the world as “fundamentally an unvaccinated planet” in an interview with ABC News on Tuesday, when he was asked about the daylight between the two organization’s guidance.

“There are some countries that are doing well, but many, many countries have very little vaccination,” Fauci said.

That means that even vaccinated people are potentially surrounded by high levels of COVID-19, including the rapidly spreading variant, which could increase the chance of breakthrough cases, especially in countries where the vaccines are less effective.

But in the U.S., the two most common vaccines have shown to work fairly well against the variant.

The U.S. has pledged to share 80 million vaccines with the rest of the world by the end of June, though it’s currently behind on its timeline. So far, 24 million have gone out, according to a tally by the associated press. 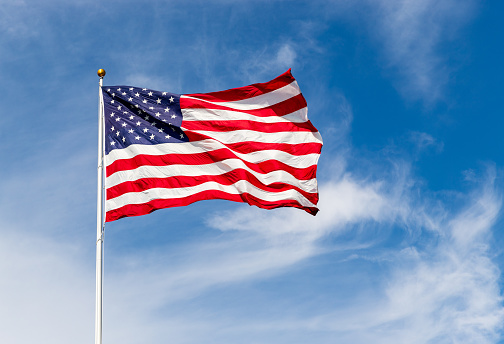 The Thom Tillis Senate Infrastructure Agreement is a victory for bipartisanship, thanks to Senator Sinema