Nearly 70% of all military personnel have received at least one dose of a COVID-19 vaccine, but a debate has begun to swirl about whether the Pentagon should make vaccinations mandatory for the ranks should the Food and Drug Administration formally approve the vaccine in the future.

While COVID-19 vaccinations in the U.S. military are taking place under the same emergency use authorization that has allowed vaccinations to take place in the general population, Pentagon officials have said publicly that they would consider whether to make the vaccinations mandatory, as is done with more than a dozen other vaccines, should the FDA formally approve the vaccine.

The issue blew up over the weekend when Rep. Thomas Massie, R-Ky., tweeted that he had been contacted by members of the military who told him they would “quit” if ordered to take the vaccine.

The tweet generated both positive and negative responses, with some pointing out that because military personnel sign enlistment contracts they cannot quit. Others noted that the U.S. military requires as many as 17 vaccinations for military service.

Massie later tweeted “NO ONE should be forced or coerced by ANYONE to take the COVID vaccine. The fact that policy discussions in the US are centered around “proof of vaccine” instead of ‘evidence of immunity’ shows that science and reason have been drummed out by politics, profits, and superstition.”

According to a recent ABC News/Washington Post poll, three in 10 American adults said they have not gotten a coronavirus vaccine and definitely or probably will not get one.

Earlier this week the Army Times obtained an internal Army memo that said commanders should “prepare for a directive to mandate COVID-19 vaccination for service members (on or around) 01 September 2021, pending full FDA licensure,” the order said.

“As a matter of policy we do not comment on leaked documents. The vaccine continues to be voluntary,” Maj. Jackie Wren, an Army spokesperson told ABC News. “If we are directed by DOD to change our posture, we are prepared to do so.”

At a Pentagon briefing on Tuesday the Pentagon’s top spokesman emphasized the success that the U.S. military has had in recommending the use of the vaccines.

“It is not FDA approved, and therefore, it is still a voluntary vaccine,” said John Kirby. “I would like to add that as we speak, almost 69% of DOD personnel have received at least one dose. That’s not bad.”

However he added that should the FDA fully approve one of the vaccines “then I am certain that Pentagon leadership — we’ll take a look at what our options are going forward, including the potential option of making mandatory but I’m not going to get too far ahead of process right now,” he added.

Kirby acknowledged that there had been “some preliminary discussions at senior levels within the department to think about what the next logical steps would be if and when FDA approval comes in.”

“I don’t think that should surprise anybody that we’re trying to think about what the implications would be and what how we would, how would react to that but I don’t have any decisions to announce today or specific procedures and protocols to speak to,” said Kirby. 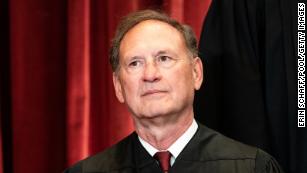 Veterans, families urge administration not to release billions in frozen funds to Iran until terrorism…