DES MOINES — An 11-year-old boy died Sunday after he and three others were injured on a water ride at Adventureland Park in Altoona.

Six riders were on a Raging River raft when it overturned around 7:30 p.m. Saturday, the park said in a Facebook post. Four riders were taken to the hospital, and the park said Sunday night that it was “saddened” to learn that one had died.

The ride is closed and park officials said they are working with authorities.

Adventureland advertises the Raging River attraction as a “great way to cool off with the whole family,” warning it might leave participants soaked. Riders are sent through rapids on large circular rafts using a conveyor belt. It’s been a staple of the park since 1983, when then-Gov. Terry Branstad took one of the inaugural rides.

A state inspection on Friday found it was in sound working order, said attorney Guy Cook, who represents Adventureland in personal injury case and is assisting with the park’s response.

In 2016, Steve Booher, 68, died while working on the ride after only six days on his summer job at Adventureland. Booher was helping riders get out of the ride’s rafts when he fell on the conveyor belt, fracturing his skull and suffering a major brain injury.

He died four days later. Last December, the park settled a wrongful death lawsuit brought by Booher’s wife of 47 years and their adult children for an undisclosed sum

Iowa Occupational Safety and Health Administration fined the theme park $4,500 after Booher’s death, the maximum the agency could assess for that type of violation.

“Safety is the number one priority at Adventureland,” Cook wrote in a text message to the Associated Press. “The Raging River ride has been in operation for nearly four decades. It is a safe ride.”

World Day for Audiovisual Heritage 2021: here are some museums to visit on this special… 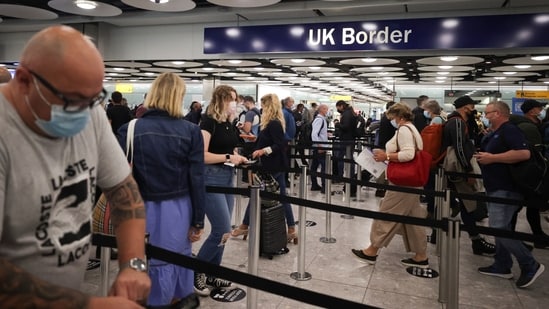 Fast access lanes for passengers vaccinated with Covid-19 at Heathrow