Haitian asylum seekers Jocelyn and Berline Jean-Philippe breathed a sigh of relief as they entered the United States legally from Mexico — in time, they hoped, for their unborn child to become a US citizen.

It is a dream shared by other parents-to-be who make the often-dangerous journey fleeing poverty and violence in their countries in search of a better life for their children.

“If my son’s born there (the United States), it’s better for me and for him,” Jocelyn Jean-Philippe said before crossing from Reynosa in northern Mexico to McAllen, Texas.

It was the culmination of a journey that began in 2015 when the couple left Haiti and included a stay in Chile where their first child was born.”He’s Chilean. He can live there without any problem. Not us. So if my son is born there (in the United States) he won’t need any visa,” Jocelyn Jean-Philippe said, his two-year-old asleep in his arms.

“I want a stable life,” said his wife Berline, 25, who is four months pregnant with her second child. “I want a better life for him. I suffered a lot,” she said.

Under the US constitution, a child born in the United States is automatically entitled to citizenship.

But after so many ordeals, the Jean-Philippe family was not celebrating yet.

“Only God knows” if their son will be born a US citizen, the father-to-be said.

The couple, who hope to join relatives in the southeastern state of Georgia, are among hundreds of Haitian migrants who have arrived in the Mexican border city of Reynosa in recent weeks.

Every day, thousands of migrants cross Mexico in the hope of entering the United States.

Those traveling with young children tend to have a better chance of being accepted by US immigration authorities.

Carolina, a Honduran women in her 30s who did not want to give her real name, said she fled her home country to save her three adolescent sons from forced recruitment into the ranks of a street gang.

Her youngest was born in April in Tapachula, a city in southern Mexico near the border with Guatemala and Mexico.

Resting in a reception center on the banks of the Rio Grande river along the southern US border, she said Mexican authorities detained her for 12 days, which she called an “unjust arrest.”

“They said they couldn’t deport me because the baby is Mexican,” she added.
She expects to be granted permanent residency in Mexico, but her aim is to join the baby’s father, who lives in Houston.

One of her sons said he was ready to swim across the Rio Grande if needed.

In the end it was not necessary: Carolina and her four children were able to cross the border legally.

Many are less fortunate.

On Friday, a US judge ruled that a rule known as Title 42 imposed during the Covid-19 pandemic must remain in place.

Meant to stem the spread of the coronavirus, it can effectively prevent anyone without a visa from entering the United States, even to claim asylum.

At one migrant shelter in Reynosa, “Senda Vida” (Path of Life), there are now 200 pregnant women, said Pastor Hector Silva, whose refuge is overwhelmed.
Pascale, a mother of two from Haiti, spent the night in hospital after suffering a miscarriage.

Some women in Reynosa have not had any medical check-up even though they are six months pregnant, said Anayeli Flores, of the aid group Doctors Without Borders.

“With this new influx of people, we’ve seen an increase in our consultations — at least double the number of pregnant women in about three weeks,” she added.

Other migrants have left children behind at home, including one couple who fled violence in Honduras.

It was hard to say goodbye to their children aged one, eight and 10, they said, adding: “We’re afraid. But we trust in God.” 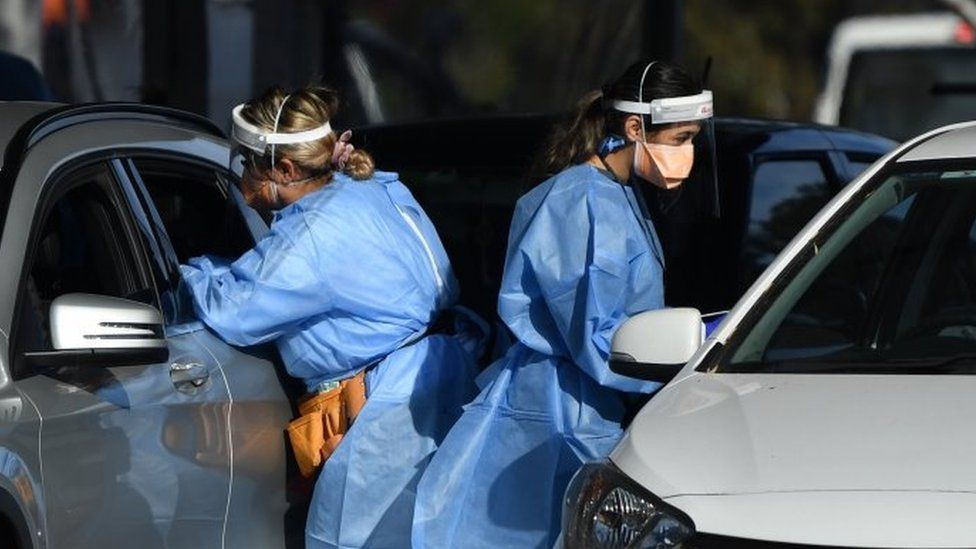