If you have followed the international weather news in June, you are probably still trying to process the astounding reports of record-breaking heat wave in some of the coldest places on the planet. From Canada to Russia, temperatures have been soaring with the attendant threat to flora and fauna sparking concern among experts and the public alike. And, now, the news that Antartica, too, has registered a new high. If you’re wondering what is happening, read on.

The World Meteorological Organisation (WMO), a United Nations body, announced on July 1 that the new record for the maximum temperature for the southernmost continent is now 18.3 degrees Celsius, eclipsing the previous high of 17.5 degrees Celsius in March 2015. The reading that revealed the latest high was taken in February 2020 at the same ice station, called Esperanza and run by Argentina, where the previous high was recorded.

Interestingly, or perhaps alarmingly you might say, there was an even higher reading for Antarctica — of 20.75 degrees Celsius recorded by a Brazilian station, again, in February 2020 — that was actually shot down by a WMO review team because of issues with the measurement device.

It has to be kept in mind that the new record is only for the continent of Antarctica. The highest the mercury has ever gone for the larger Antarctic region, which comprises Antarctica and all ice or land south of 60 degrees latitude, is 19.8 degrees Celsius, recorded in January 1982.

Why It Is A Cause For Worry

2020 was the hottest year on record globally after 2016, with the decade of the 2010s now classified as being the hottest decade ever since scientists started measuring the weather. Experts say it is undoubtedly human-induced climate change at work behind such rise in temperatures.

The Antarctica region has been termed one of the “Earth’s final frontiers” and, along with the Arctic, is seen as playing “an important role in driving climate and ocean patterns and in sea level rise”.

Experts said that the Antarctic Peninsula, which is the northernmost tip of the continent, lying closest to South America, “is among the fastest warming regions of the planet, almost 3 degrees Celsius over the last 50 years”.

“This new temperature record is, therefore, consistent with the climate change we are observing,” said WMO Secretary-General Prof. Petteri Taalas.

The WMO said that the continent of Antarctica is roughly twice the size of Australia and stretches across a total of 14 million square kilometres. Characterised by a cold, windy and dry climate, Antarctic sees average annual temperatures that range between -10 degrees Celsius at the coast to -60 degrees Celsius in the most elevated parts in the continent’s interior. WMO adds that its “immense ice sheet is up to 4.8km thick and contains 90 per cent of the world’s fresh water, enough to raise sea level by around 60 metres were it all to melt”.

What Caused The Record Reading?

The specific factor that drove up the temperature in Antarctica was, the WMO said, a large high-pressure system that created “downslope winds producing significant surface warming”, conditions that it added were “conducive for producing record temperature scenarios”.

However, for the underlying cause, one may not need to look further than climate change. “This new record shows once again that climate change requires urgent measures. It is essential to continue strengthening the observing, forecasting and early warning systems to respond to the extreme events that take place more and more often due to global warming,” said Argentine expert and First Vice President of WMO, Prof. Celeste Saulo.

Referring to the heat ave in the northern hemisphere that has seen records been broken across Russia, Eastern Europe, the US and Canada, WMO said that “the heat is more typical of summer temperatures in the Middle East” than areas that are home to glaciers, which means “there is a consequent risk of high glacier melt”.

Climate change poses risks to “health, livelihoods, food security, water supply, human security, and economic growth”, which can be exacerbated with global warming of 1.5 °C over pre-industrial levels. Limiting warming to 1.5 degrees Celsius, rather than 2 degrees Celsius, “could result in 420 million fewer people being exposed to severe heat waves”, the Intergovernmental Panel on Climate Change has said.

This gay man hid from the Taliban in a Kabul basement. He now he has… Taliban to reopen public universities, no word on female students 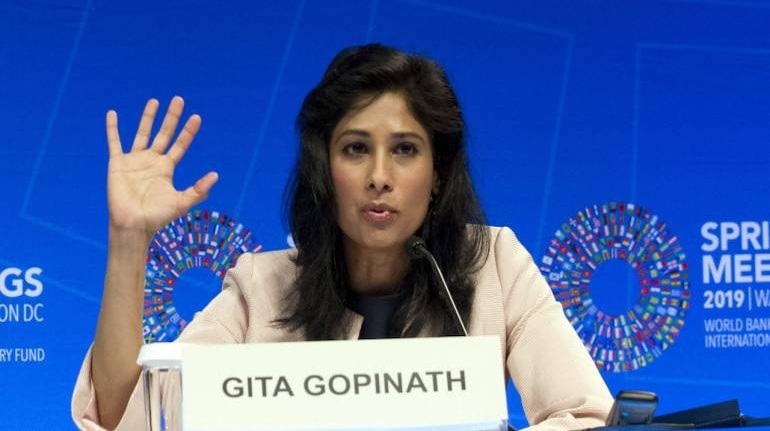