Five Jewish groups wrote a letter to President Joe Biden on Friday expressing concern about the recent surge in anti-Semitic hate crimes in the United States amid the military confrontation between Israel and Hamas, which agreed to a ceasefire this week.

The American Jewish Community, the Anti-Defamation League, the Jewish Federations of North America, Hadassah, and the Union of Orthodox Jewish Congregations of America urged the president to use their platform to condemn anti-Semitism and take action on anti-Hate Jew in America

“We are grateful for the current ceasefire in the conflict between Israel and the terrorist organization Hamas, but fear that the way the conflict is being used to reinforce anti-Semitic rhetoric, encourage dangerous actors, and target Jews and Jewish communities, it will have an impact far beyond. ” the last two weeks, “the groups wrote.
The ceasefire between Israel and Hamas went into effect Thursday night after both sides agreed to stop an 11-day military clash in which at least 230 Palestinians and 13 Israelis were killed. About 58,000 Palestinians have fled their homes, the Associated Press reported.
The conflict has increased tensions in the United States, online and in person, between supporters of Israel and the Palestinians. The Anti-Defamation League, a New York-based international Jewish organization, said it has seen a “dangerous and dramatic increase” in anti-Semitic hate crimes since the conflict began.

“We are tracking harassment, vandalism and violence, as well as a number of online abuses,” Jonathan Greenblatt, executive director of the Anti-Defamation League, said in a statement Thursday. He added: “It happens all over the world.”
The Anti-Defamation League said it had documented “disturbing anti-Semitism” on multiple social media platforms, including Facebook, Instagram, Twitter, and TikTok. The group said its analysis of Twitter posts from May 7 to May 14 found more than 17,000 tweets that used variations of the phrase “Hitler was right.”

“ADL has also seen an increase in local activities that demonize Israel and sometimes turn into anti-Semitism,” the group said in a statement.
Thousands of people have demonstrated in major cities in the United States in recent weeks to protest Israel’s actions. Most of the protesters “remain within the framework of free and civil speech,” but there were “some expressions of clear anti-Semitism at these events,” the Anti-Defamation League said.

The group said it had “documented posters referring to the long-standing anti-Semitic accusation that Jews were responsible for killing Jesus” and “Holocaust analogies that demonize Zionists.”
According to local police investigating the incident as a hate crime, two people broke a window at a synagogue in Skokie, Illinois, last Sunday. Police said officers at the scene found a broken stick and a “Freedom for Palestine” sign on the floor below the window.

In Bal Harbor, Florida, police are investigating after a Jewish family said earlier last week that four men in a van had thrown them with anti-Semitic slurs.

Around the same time, police said someone broke the front door of a synagogue in Tucson, Arizona.

“The anti-Semitism that we see throughout our country is not isolated and it is not just a few incidents. It is part of a terrible and constant pattern. History teaches us that we ignore this pattern at our own risk, ”Mayor Bill de Blasio said on Twitter on Friday after meeting with leaders of the Jewish community at City Hall. Man pleads not guilty to trying to kill Justice Kavanaugh

‘I am sick and tired of it,’ Biden says after Texas school shooting

First African American appointed chief of the US Forest Service. 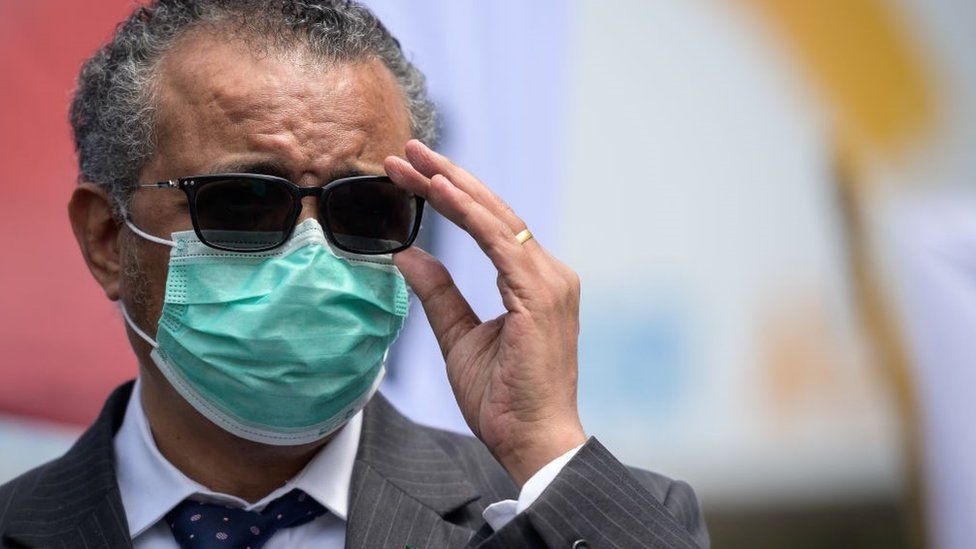 Covid: WHO urges China to cooperate better in investigation into virus origin