SURFSIDE, Florida – When workers from Concrete Protection and Restoration and Morabito Consultants arrived to investigate and remediate work at Champlain Towers South, they found such extensive concrete deterioration and corrosion of reinforcement that some of the repair work couldn’t be performed for fear it might affect the stability of nearby areas.

In a summary of work performed produced by Morabito Consultants on October 13, 2020, the company reported it had discovered several issues, including potentially deep deterioration of concrete near the pool area.

Full restoration and repair work “could not be performed” because the pool “was to remain in service for the duration of the work” and because the necessary aggressive excavation of concrete at the pool “could affect the stability of the remaining adjacent concrete constructions.”

Experts caution that it’s unlikely the findings in the report reveal the root cause of the building collapse, which remains unknown. However, documents obtained exclusively by USA TODAY reveal new clues about the building’s dramatic state of disrepair,which may have been one of the causes of the collapse that killed 18 people and left 150 still missing as of Thursday afternoon.

Still, like many of the other documents about the doomed building that are now coming to light, potentially major issues appear to have been downplayed, put off or ignored.

The nine-page report obtained by USA TODAY from a family member of a missing resident in the building suggests information was being reported incrementally rather than comprehensively to building owners, making it harder to recognize the severity of the problems.

Miami-Dade County mandates all buildings must undergo a recertification process when they hit the 40-year mark. In 2018, the Champlain Tower South Condominium Association hired Morabito Consultants, a local engineering firm, to inspect the building and perform repair services to be completed by this year.

According to the October 2018 report that summarized work performed for owners of the 136 units, Morabito Consultants warned of major damage near the pool area.

This report outlined five areas the Morabito team had looked into. They included issues with the wall and edge of the swimming pool, a deteriorated stair column, core samples of the building’s structural concrete slab, holes cut to investigate problems with soffits over the garage and demolition of deteriorated concrete in balcony soffits and stucco.

Of these, only two actual repairs were done, of the deteriorating stair column and removal of deteriorated concrete and stucco from the balconies.

At the pool, Morabito reported it removed loose, cracked, spalled and deteriorated concrete at the edges of the pool, the wall next to it and in the pool’s pump room.

The deterioration of the concrete likely was because of corrosion of the steel reinforcement. Corrosion results in expansion of the rebar, which damages the surrounding concrete.

This would have been one of multiple problems that should have been addressed in the aging structure, said Dawn Lehman, a professor of structural engineering at the University of Washington in Seattle.

“It’s expensive to fix, and you can’t simply repair damage that is this extensive – you need to replace the damaged reinforcement and concrete,” she said.

The report from October 2020 said repairs were not possible for multiple reasons.

One was that the images suggested damage extended into the thickness of the wall around the pool.

Morabito reported it couldn’t access the inside of the pool to do proper repairs as it was still being used and the aggressive excavation necessary to properly fix the areas could affect the stability of the remaining adjacent concrete constructions.

A commercial pool contractor who inspected the pool area on June 22 noted cracking concrete and severely corroded rebar under the pool as well as standing water in the pool equipment room, the Miami Herald reported.

A building staffer told the pool contractor that the equipment room had to be pumped out so often that the pump motors had to be replaced every two years.

While the corrosion of the steel reinforcement and degradation of the concrete in the pool area could have contributed to the building’s destruction, on its own this deterioration is unlikely to be the sole cause of the collapse. The big missing piece is what initiated the collapse, said Lehman.

“There’s no way that a structural member that has sustained that amount of concrete degradation and corrosion has the intended structural integrity; its structural performance has been compromised. But that’s not the same as causing a building collapse,” she said.

The pool area is fairly remote from the collapsed tower and under normal circumstances wouldn’t be expected to influence it, said John Wallace, a professor of structural engineering at the University of California, Los Angeles.

However, any failures at the pool area might have led to additional stresses on the site as a whole. Only extensive testing and review will give a final answer, he said.

Morabito also reported doing what is known as “exploratory demolition” around the pool area to see if problems were being hidden by architectural but not structural portions of the building.

The report describes and includes photos of five sites where paving stones were lifted, concrete was demolished or landscaping was removed to access underlying areas.

In those, cores were bored more than a foot down to observe the status of the concrete structural slab beneath.

The report says that the work “yielded some curious results as it pertained to the structural slab’s depth.” What was curious about the results was not explained.

Photos that accompany that portion of the report show concrete cores that are approximately 9.5 inches thick.

The original plans for the building specified a thickness of 9.5 inches, said Mehrdad Sasani, a professor of civil and environmental engineering at Northeastern University in Boston.

“The constructed slab thickness based on the core data seems to be at least equal to the value shown on the original drawings. So I am not sure what they are referring to as ‘curious results,’” he said.

When residents discussed the report’s findings in 2018, the $7 million price became a subject of constant frustration among residents.

Earlier this week USA TODAY obtained a letter sent in April from the president of the condo association telling owners the deterioration of the building’s concrete was “accelerating.”

The letter from the association’s board of directors, Jean Wodnicki chronicled the demise of the building which now needed $16.2 million to fix the basement garage and the roof.  The letter said the association could repurpose $707,003 in other dedicated funds to the project, but that would leave a bill of $15.5 million.

Family members who spoke with USA TODAY said their missing loved ones were not against repairing the building but raised questions aboutoversight and management.

Raysa Rodriguez, a retired postal worker who had nearly finished paying off the mortgage on unit 907 is among them. She survived Thursday’s tragic collapse.

A third class-action lawsuit filed by the Moskowitz law firm, chronicled Rodriguez’s harrowing escape as the stairs crumbled underneath her and her neighbors. The lawsuit alleges the condo association’s “reckless and negligent conduct caused a catastrophic deadly collapse of Champlain Towers South in Surfside.”

“I ran to the balcony. I open(ed) the doors and a wall of dust hit me. I couldn’t see anything outside,” she said in a detailed statement included in a lawsuit filed this week.

A video taken by Rodriguez of the garage in August 2018 and provided to USA TODAY, shows corroded pipes, water damage and buckets placed underneath to capture water.

In the video, Rodriguez tells a neighbor she raised concerns with management but they ignored her.

“This is extremely disturbing video that our client recorded in 2018. It was her effort to truly get somebody to listen to her and other residents as they found clear examples that the garage was falling apart,” said attorney Adam Moskovitz in a statement, who is representing Rodriguez and other residents.

He added: “No one would look at this video and not think this was a serious problem.”

Ross Prieto, then the town of Surfside’s top building official, received a different Morabito report in November 2018 along with an estimate for repairs of $9.13 million.

Prieto told the Champlain Tower South Condominium Association he reviewed the report and “it appears the building is in very good shape.” Iraqi reparations law for Yazidi survivors is a positive step 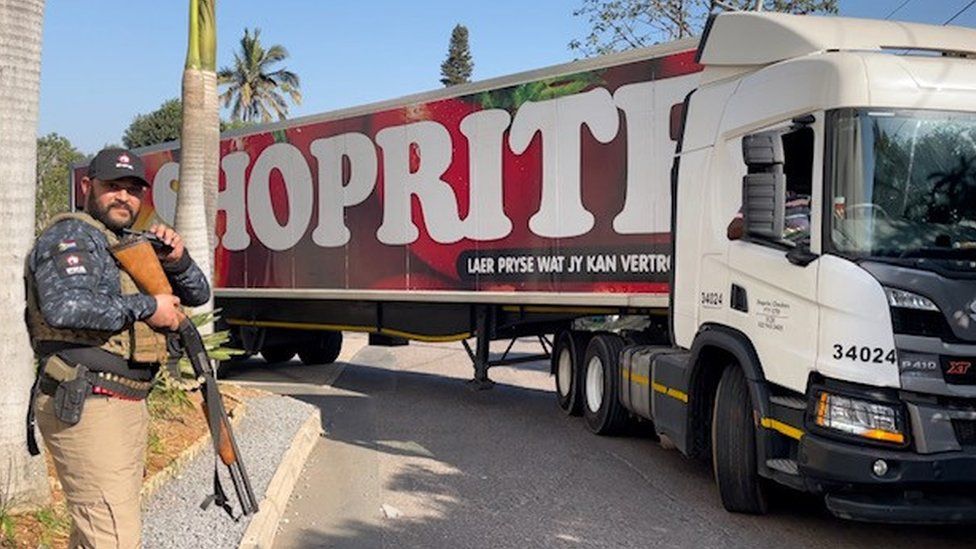